Just thought some people should know…since they post reviews. Already told a few… 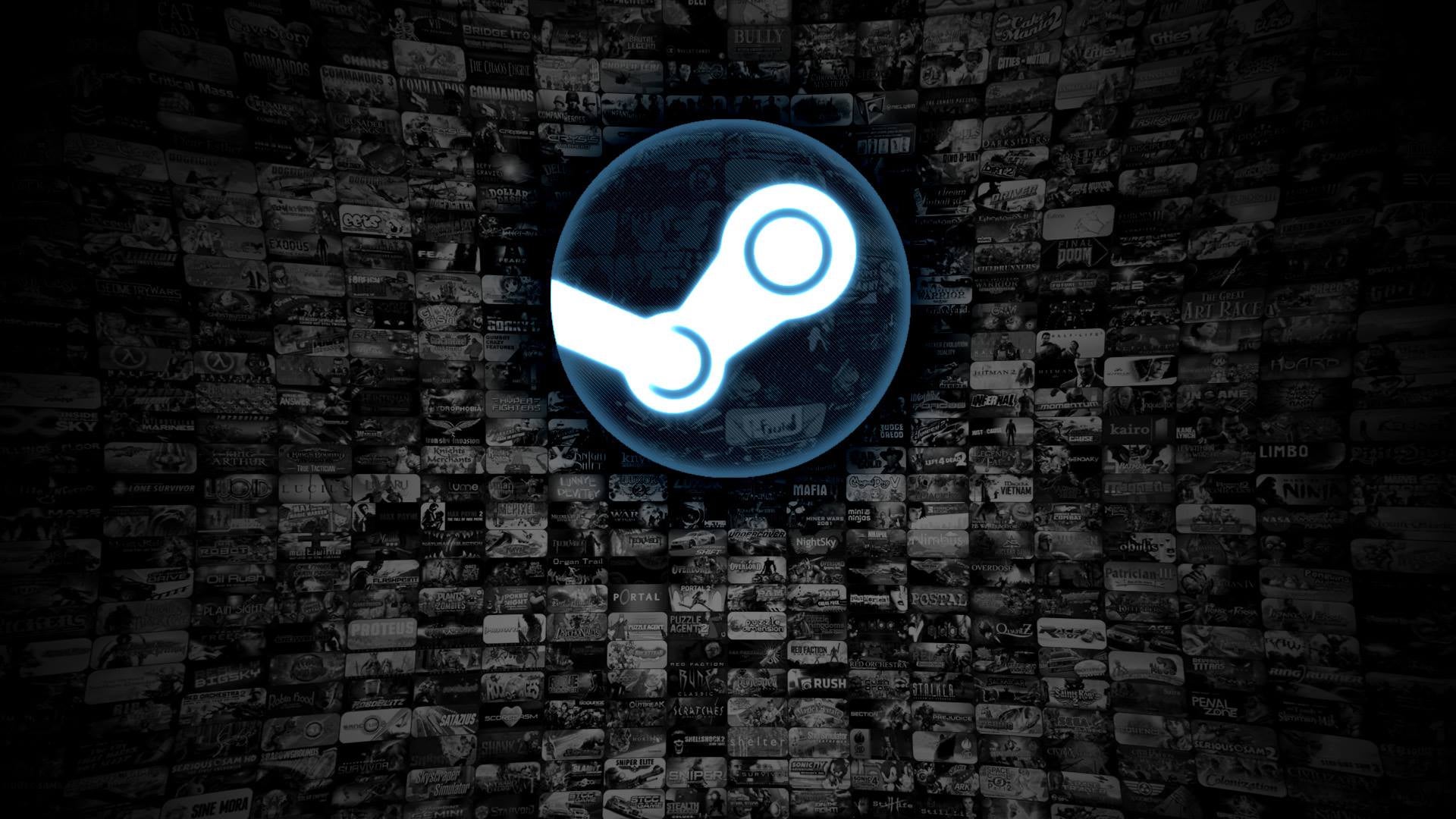 You'll now have tick an option to enable comments on your Steam review.

Doesn’t make a boat load of difference to me. Steam reviews are mostly terrible and If I was to write a review I’d tick the enable comments anyway. Generally the Steam community is far too temperamental to allow good, well written commentary to rise to the top.

I like steam reviews, they can be really informative and useful. But I’ve never seen any discussions in the comments of a review be anything but stupid. With the exceedingly rare exception where a dev has commented to let the reviewer know that an issue they’ve talked about has been fixed.

But that aside I can’t really get behind any actions aimed at stifling discussion.

I like steam reviews, they can be really informative and usefu

Out of interest, what do you want out of a review on a Steam game page? A long review equivalent to a dedicated game site’s review (eg. Eurogamer, Destructoid, RPS) or something much shorter? Do you view it as a buying guide or a shortcut to any glaring problems with the way a game might run?

A long review equivalent to a dedicated game site’s review (eg. Eurogamer, Destructoid, RPS) or something much shorter? Do you view it as a buying guide or a shortcut to any glaring problems with the way a game might run?

personally i like both when present (surprised how some actually take the time to make “pages” of in depth review for a “mere” steam recommendation)
how i use them is i “skim” through them, and try to notice any similarities
like quick comments on tech issues, or poor mechanics, or if something else is lackluster, -basically i focus on the negatives first (even if overwhelmingly positive) to weed potential issues out,

then i counter them with the positive,

people mention that it might just be “PC novices” regarding tech issues, or a “disenfranchised generation” regarding any supposed “lacklusterness” etc
and if someone/a bunch has taken the time to write a, coherent, detailed review, summing it up in a way that’s not just "x/y"score, but the pro/cons/“checklist” format it can often provide me with a better sense of what i’m looking at, (than some ign bs sum up), since steam rec are basically just a “thumbs up/down”

+if a dev has responded, it peaks my interest greatly (so i really hope they are at least still able to respond)

and if a dev has responded, it peaks my interest greatly (so i really hope they are at least still able to respond)

That was my first thought too. I’m assuming dev responses ignore all comment settings. At least I hope that’s the case.

As far as reviews themselves go, It just makes me wish for better moderation. So many Steam reviews are awful and deserve pruning that I don’t even bother reading them half the time and go straight to the discussion pages.

As far as reviews themselves go, It just makes me wish for better moderation. So many Steam reviews are awful and deserve pruning

i really really loathe the /s or “meme” reviews. People that either don’t gaf or don’t know their bullshit “ironic” upvotes causes steam to actually recommend me some of those shitty games…
should be grounds for review privilege suspension imo, i freakin hate that! when the algorithm couldn’t remotely tell shit apart,
i had so much shovelware on my steam front+rec pages for a while it was hopeless for me trying to browse the store while signed in… (seems to have gotten a fair bit better since then tho, but still

what do you want out of a review on a Steam game page? A long review equivalent to a dedicated game site’s review or something much shorter?

Much like @Gnuffi I like both and I also like to delve into the negative reviews for anything first. Look for any glaring issues that seems to repeat or what other things people found the game to lack or that they had a personal problem with. I can then weight that against my own expectations of the game and see if it’s something I care for or even might think is a good thing.

The greatest benefit of this compared to games media is that these are nameless people who have no ego or paycheck on the line and they don’t even pretend to be unbiased. They wear their biases openly and clearly making it much easier to judge and I can easily tell if these people have actually played the game they’re talking about, can’t say that for Destructoid.

It just makes me wish for better moderation

I strongly disagree with that notion, exactly how strongly depends a little on what precisely you wish was pruned out.

Again in agreement with @gnuffi that the joke and meme reviews are pointless waste of space. But valve in one of their actually clever moments added the option for the community to mark reviews as “funny” and give you the ability to filter those out. Far and away better a system than some appointed judges supposed to sit around and tell what is a useful review and what isn’t. Such a system would render the whole idea of the public input pointless as now only the approved messages get through.

Might work reasonably for a little while. But I know for a fact that sooner rather than later people who fancy themselves gatekeepers of taste and morals will worm their way into that judiciary and now it’ll will be only their opinions that are reflected in the reviews because anything they disagree with will be pruned. Then we might just as well read kotaku.

I strongly disagree with that notion, exactly how strongly depends a little on what precisely you wish was pruned out.

I can think of no merit whatsoever of the following reviews taking directly from Steam. They just confound the weighting system.

This game is art

Great game for everyone

Add in the “12/10 would poop myself again” type and the reviews that aim for for a “found this review funny” and that’s exactly what I’d prune. You could almost automate the process! Just wondering why you strongly disagree with keeping reviews that ruin the weighting.

That’s why there IS the “funny review” mark to set. As I said I do not find these reviews to be anything but a waste of space. But they have already largely been dealt with. They’re also easy to just scroll past on your own so they’re largely harmless. Far less harmless, in my opinion, than a system to prune reviews would be in the long run.

As for what they do to the aggregate grading on top of the store, I don’t know exactly what sort of weights there are in the system. It’s entirely possible that any review marked funny is weighted less or not considered at all. Even if not I still don’t think they’re worth worrying very much about.

The steam reviews are the only reviews I ever “read” nowadays. If I’m remotely interested in a game I scroll through the reviews to get a decent idea of the major issues and whatnot.
And if someone posts a longer review (or rant) you usually see comments that often have interesting conversations so it really sucks that it won’t be used like that anymore.
I no longer trust any actual game reviewer out there, I just don’t give a damn what one particular person thinks about a game.

Thanks for spreading this news. I think it’s important for people to know.

When developers respond to reviews, it opens up a conversation about the game and greatly increases the value of those reviews.

The review section is my first go-to for a buyers’ guide. Next, I look at YouTube.

Also, I checked my past reviews, and it seems the “allow comments” box is checked for all of them.

Also, I checked my past reviews, and it seems the “allow comments” box is checked for all of them.

Good to know, glad the default is on for ‘legacy’ reviews.

But they have already largely been dealt with

Though those funny reviews are also often marked helpful, which means they are equally rated compared to those reviews that are actually, you know, helpful!

Take one of the reviews I quoted above…

7 helpful votes? That has to skew the overall positive rating of a game and I’d much rather there be a decent system of getting those sorts of “reviews” removed. Although saying that I wouldn’t because by and large I ignore Steam reviews in favour of Eurogamer/Rock Paper Shotgun/Destructoid and Totalbiscuit/Worthabuy/ACG so it’s a devil’s advocate kind of opinion. I suppose I regard it as Steam graffiti.

Take one of the reviews I quoted above…

Haha, now it’s at 8/8 are we brigading steam reviews now?

I like leaving reviews on games that leave me an impression, whether it be good or bad. I usually try not to break it down to strictly positives, negatives, and a score, but that has happened as well. I like to leave behind a message that speaks about my experiences playing the game. I have seen a silly comment on a up or down review that get upvoted a ton because it’s a 3 word sarcastic comment. That really doesn’t do it for me if I want to look at a review that actually is informative. I try to read/glance at a bunch of reviews before I buy a game, since I want to know about some mechanics that may cause issues or particular aspects that I do not want to engage myself with. I also look for negatives to start, as others have already mentioned. The comments are nice, it allows people to let me know if what I have written is informative or not.

I do wish that Steam allows more than just thumbs up or thumbs down for reflections on a game. I think people would have a much more dynamic response.

Say if there’s a 10 point system, there’s a big difference between 6 and 10, but both would likely be qualified as positive. That’s why I really have to read a lot of reviews instead of looking at the general positive percentage before deciding on a game.