I’ve given SEGA a lot of credit for a similar initiative recently, not to mention heaping praise on THQ Nordic. So, given how I don’t think a single person on this forum has trash-talked SquareEnix as much as I have, it’s only right that I give credit where it’s due and call this out as a huge step in the right direction:

Square Enix has been making games for over three decades,Â and now theÂ company is looking to digitizeÂ and preserve each and every one of them.

Recently, SE’s president announced that they will be making an effort to digitize and preserve their entire library. SE’s been around since the NES days, so that’s a good three decades of games that will find their way into a modern audience.

I just hope they don’t take the FF7R route, since it’ll mean they won’t be done until the year 2270, but I digress.

IMO more companies need to practice this, especially ones as old and experienced as SquareSoft. Just take a look at Activision’s backcatalogue if you want to see why this is such a problem-- even the projects they worked on three years ago may just vanish from the face of the Earth. Want to play Wolfenstein 09, or at least see what it was compared to new titles? Nope!

There’s a massive legacy they’ve left behind, and with a series as influential and old as FF, it’s a commendable initiative.

Any thoughts on preservation stuff or SE?

Sorry, I don’t have any deep thoughts on this, whenever I hear Square Enix that’s what I want:

It doesn’t have to feature the exact characters from 1st or 2nd game, though maybe meeting some of them as cameos will be nice. A certain cool gimmick like time travel or body exchange or parallel universes to set the game apart from others, and Yasunori Mitsuda soundtrack, and that should do it.

That’s what I think.

I just had a friend play Chrono Trigger for the first time recently and he must have gone on for about two weeks about how it was one of the greatest games he’d ever played.

Clearly the fans are there, somewhere. If that doesn’t work…

From the Creators of Final Fantasy…

Do you have a list of Square Enix games you want to go digital btw? Maybe some forgotten classic?

I don’t see myself as much of a SquareEnix fan. I feel that Deus Ex: Human Revolution (the “gold” version, talking both software terms and actual color terms) needs to make a return to Steam alongside the original version of Sleeping Dogs (I don’t mind DE, but preservationists and low-end users alike would benefit from this). Both of these versions of the respective games were removed from stores and replaced with their respective Definitive Editions or Directors’ Cut versions, both of which made changes that some people found to be divisive.

I guess more ports of Kingdom Hearts 1 and 2 would be cool too.
I’m sure there’s plenty of games under Eidos’s belt that I would be happy to see return, though.

Permit me to be circuitous - Lately I’ve been mulling over the demise of game bundles/bundle sites and deal sites like this one…seems to me that subscription services are the way people are heading. Humble is pretty much done with good regular bundles, as is Fanatical, and there are so many rebundles that most people have lost a bit of enthusiasm.

Of course old games can be sold, but If a company like SE had an access pass I think it would attract more than those with nostalgia, and of course would guarantee them the majority cut of profits. And perhaps it’d push Nintendo into not being an ass with the handling of it’s back catalogue. SE’s older games are gems, but they are a little dated…in principle it’d be nice to have access to them but in reality…

SquareEnix’s previous ‘conservation’ efforts have been pretty naff though. Pretty much every old Final Fantasy remake to date has been pretty bad. We have 3-6 on steam and they’re all some mobile adaptation port of a port of a port full of jank, missing things, added things and smoothing filters as bad as those EMUs featured in the late 90s. That’s not even talking about those that’s done away with the original graphics entirely and are some sort of PS1 era 3d models.

When it comes to true conservation the best any company can do is to simply not prevent the work already done by their fans in this area, even if it means they don’t get to profit off of it.

If Square were to stick with the original state of the game, it wouldn’t be a problem. I just hope they’ve learned this from the many, MANY failures they’ve had in this regard.

If they sold FF VII on modern systems, completely as-is, it would still sell. At most, maybe they could tweak the game to run at 30 FPS or even 60 FPS in combat, and do some basic interpolation for cutscenes to bring them to 30 (and if cleaning up artifacts is too much work, leave those as-is too). I’m sure this would be the case for any of their old games.

The issue, as you said, is trying to bring over mobile ports and redone versions where the original charm has been muted in favor of a low-budget remake.

I guess more ports of Kingdom Hearts 1 and 2 would be cool too.

Oohh. Having an opportunity to replay KH 1-2 on PC would be so great, but this is so unlikely due to it being the PlayStation exclusive. Both games got their respected remasters and they were sold well, so I doubt we’ll see them (originals or remixes) on other platforms anytime soon.

You’d like to see the classic Secret of Mana available, right? Bc there are some Mana remakes in 3D on Steam

Definitely. This awesome game desperately needs preserving, no need to hold onto an exclusive if the consoles it was exclusive for are discontinued.

There are many awesome series in your list, and most of them are ported rather chaotically. Like there’s Romancing SaGa 2 on Steam, but 1 and 3 are absent. Guess they just added the most popular part to the store, but I never got to play any of it, so I wasn’t sure whether it’ll be a good idea to start from the 2nd game. In JRPG series the later games often contain lots of secrets, cameos and easter eggs for those who played the previous installments.

You’d like to see the classic Secret of Mana available, right? Bc there are some Mana remakes in 3D on Steam

Yea, the originals. I own the Secret of Mana remake, and I wishlisted the Trials of Mana remake. I saw the Switch Mana Collection with all of the old, original Mana series and would like to see that available across platform, for PC, PS4 and even Xbox. Mobile not so much because I’m pretty sure it all already exists for it.

I’ve talked to people about Alundra and would you believe I haven’t met someone that has played it. Realistically it doesn’t come up that often though…

Even on the internet, its thought of as the “hardest PS1 RPG”. Full of people that didn’t finish it. I didn’t think it was that difficult but maybe I just had too much fun?
And I don’t remember being as annoyed as I am in point and click puzzle mazes.
And it’s funny that you mentioned it because I recently saw this video saying just that. (I time skipped to the right portion.) 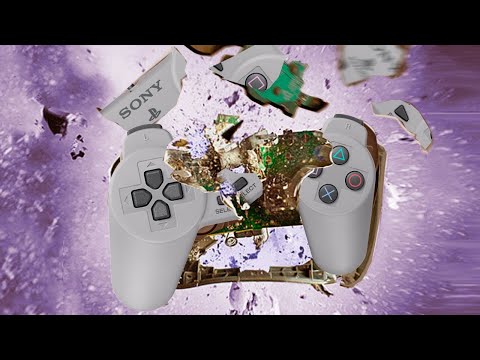 Yeah, that was my impression, too. 100%
But that was not an attempt to preserve, I think. Just a final reaction to the pleas of the fans. First they made it mobile and were somewhat lazy about it, but hey! it’s classic Final Fantasy titles on smartphones! And then they just port those ports to PC, and somehow it gets done even lazier. Some of the wrongs got fixed later though, it took them about a year to correct the most common game-breaking bugs.

gotta play it, it probably can’t get worse than Nightmare of Druaga from PS2, and you say it was fun… Haven’t played a fun AND challenging jrpg in a while.

Yeah, basically that. It would be like if EA used KotOR on Android as the basis for bringing the game to consoles. It was done cheaply because, hey, we have this working port already… right?

Even on the internet, [Alundra is] thought of as the “hardest PS1 RPG”. Full of people that didn’t finish it. I didn’t think it was that difficult but maybe I just had too much fun?

Eh, the world is full of people who mistake “more enemy HP” for “genuine challenge.” I beat the Working Designs version of Alundra, and the amount of time it took to beat certain bosses made it more annoying than hard.

Though I’ll admit the game can be pretty arbitrary at times. There’s a part where you have to go to the south-west corner of the map after you get the ability to swim, but you can’t just jump off the side of the land into the water to swim over there. No, you have to jump off a bridge into that same river, even though it’s not like there’s any visible barrier on the land.

Oh, and let’s not forget that one part where you enter a room and an NPC hits a switch that spawns enemies, and what you have to do to progress is NOT to defeat all the enemies (turns out they spawn infinitely, but you wouldn’t know that at first), but to exit and reenter the room, at which point said NPC will hit another switch that lets you progress. That isn’t fun; that’s just frustrating. I would’ve given up on the game, too, had it not been for walkthroughs.

With that said, I don’t remember any other parts of the game being that hard to figure out, and I do agree that the guy in the video you linked is overselling the game’s difficulty (especially regarding the combat).

the world is full of people who mistake “more enemy HP” for “genuine challenge.”

A lot of developers do that too. Or they make the NPCs cheat. Both aren’t really genuine challenges in my book.

It was a long time ago so I can’t defend all the quirks the game had. But I do remember the feeling of fun, who knows why.

Same goes for Guardian’s Crusade. The graphics were a bit gross but I still enjoyed it. I remember a bit more of that one. My pet attacking me. Battles where I am required to lose despite having figured out some super strategy for outlasting every boss. It also left me with the feeling of being fun.

Keep in mind, this is before the internet had any useful information in solving these things. So it was quite the accomplishment soloing these kinds of games with your own determination. Of course now the game must be completely balanced and have no silly quirks no matter what. But back then, you just figured it out or worked around it because that was literally all you could do. Or quit. Lol.