Special Deal on The Night of the Rabbit! Normally $27.99 CA

The Night of the Rabbit Premium Edition on Steam

Includes 1 items: The Night of the Rabbit

And if you scroll down to the bottom it has :

I think I have purchased too many games lately, so I will pass, but a really good deal nontheless.

the game seems very interesting and has excellent ratings, I think I’ll buy: 3
Thanks @delenn13

i just bought this jank,

Marlow Briggs and the Mask of Death

Marlow never shied away from danger or trouble. But now he faces his ULTIMATE challenge. 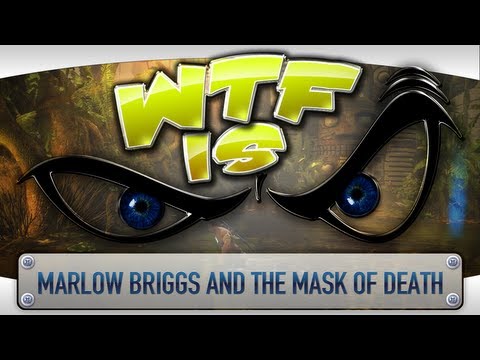 So…this is supposed to be good???

It seems to be y, though not everyone in the reviews agrees. I have Deponia (the first 3) and rly enjoyed that but did not finish it (one of many).

i haven’t played it yet, but comes off as it’s sorta the “it’s bad - but fun” hack 'n slash action/“spectacle” fight game
TB said “it should be awful, but it’s kinda fun. A lot of people are gonna call this terrible, and they are right, it absolutely is, but it’s terrible in all the right ways. A terrible video game, that is surprisingly fun to play”
i get the sense like, it’s not God of War or Devil may cry, ofc it’s not, those are the “oscar winners”
marlow briggs is the silly 90’s action b-movie, (i’m thinking probably like steven seagal movies etc,) that are never gonna win any awards, but despite being low budget/quality, still might be satisfying enough some nights when you’re not in the mood for God of War/DmC/Darksiders award seriousness