Someone Plagiarized My Work!

So umm, yeah, what a day today. Found out an external source plagiarized one of my reviews. Though I just sat down and did a quick video for record-keeping sake and to call them out on it… 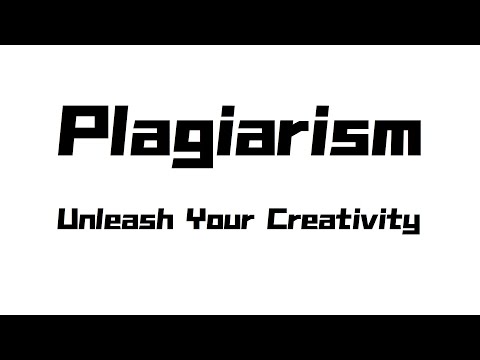 IMHO turn this into a witch-hunt. Reach out to any game journalism contacts that you may have and let loose the hounds…

or handle it discreetly…

Feel free to reach out to us on any of our social platforms or e-mail us – stephanie@techgoggles.in

Ran the two through a document comparison tool and it is a complete copy/paste job. The only differences marked are apostrophes and one paragraph which they removed.

You really should send in a complaint to the editor of the site about this, whether they do anything about it or not will speak to the legitimacy of the site as a whole. If they ignore you and you want to raise a real stink about it you might try to send an email to Sid Alpha about this, he tends to enjoy bringing plagiarists to light.

This is insane! Hope you get it sorted out well. I mean we remember that little ordeal with that Dead Cells review that IGN hosted.

Surely it was just an accident!

Congrats are in order though, I suppose

The nerve of some people’s kids…

I wonder how often this type of thing goes on unknown. How did you happen to discover it.

Wow, this is unacceptable! I’m sorry this happened to you. I can’t load the video right now on my stupid internet (will be able to later tonight though) but is there anything we can do to help you out?

Jokes aside, it was pretty rude from their part to not give their own point of view of the game and instead decided to copy and paste Steam reviews like this.

It’s always good to check out different reviews from a game which can determine if we buy a game or not, which’s the charm of buying games, so you can give a try to something you might have skipped otherwise.

Anyway, at least you took it easy and laughed about the whole situation while others would’ve been smashing the keyboard and even hiring a small army of lawyers to deal with it. I suggest following @Fraggles’ suggestion and talk with the owners of the site about it.

The review got removed after a couple of friends wrote to them. Either way, I did make the video for my own bookkeeping and overall I am content with them doing whatever they think is the right thing. Apparently 3 different reviewers for that site went around and did a lot of copying from other reviewers too. At least my review is good enough for them to take it and try to run with it.

It wasn’t any kind of a witch hunt, it was half amusement, half bewilderment that led me to record the video in the first place, just so that I could give my own two cents about the whole situation.

I will try to pay a little bit more attention to my own written words in the future, maybe checking in every once in a while to see if what I write can be found elsewhere. I imagine people will keep on thinking that they can get away with it and keep doing it until they get caught.

But the highlight of my day was SidAlpha coming by my video and giving me some really kind words of encouragement, so maybe I will start doing some reviews on YouTube also in the future.

Of course many of you know that I am little preoccupied with my full-time real life job at the moment, and hardly have time to play the games I want to. I am still hoping to keep the reviews going at a steady pace. Maybe I will just use some time for video editing and actually piecing together some cohesive game reviews on YouTube. It would be nice for sure.

Thank you all for your words and don’t worry about me. I may be more lurking here nowadays than I used to be but I try to keep abreast of all of the ideas floating through these forums. This is still home, and I don’t think I have ever come across an internet community so friendly before here, and probably never after.

Either way, hope you all have a nice day/night wherever you are!

Edit: You sneaky guy replied before I can post. Well. I guess things ended well. For now!

You’re completely right that it is plagiarism. It is especially bad for a business to do it because they are making income from the plagiarism. If someone on steam copied someone else’s review and reposted it on steam, they can do it and nobody cares. But someone stealing your content, putting it on their website, and making profit from stolen content is illegal.

And the change in score is hilarious.
“Controls are clunky. It’s buggy. It’s slow. 10/10 It has a little something for everyone.”

Game reviewers truly don’t play most of the games they review. It takes too long and they don’t care when they just want to meet their quota for reviews and word count.

Post this on https://www.reddit.com/r/gaming/
They love getting mad for you and can probably give advice…If it gets noticed…

I don’t even have a reddit account. But that’s fine, I am okay to let it be a bookmark in my review history and to just move on from it.

Told you Sid Alpha seems to have a particular bug bear about plagiarism, didn’t think he’d show up on his own though. Looking forward to the video on this.

Great that you managed to have your issue resolved in a quick and civil manner (albeit one with a video archiving and showcasing that thing anyway but for the purposes of constructive feedback it should be fine).
Just as a side note, do you think places like this one and IGN would have some sort of Plagiarism checker like Turnitin or something? Even if the results aren’t 100%, especially with formatted documents, it is at least a nice safeguard idk

I think the issue that IGN was having with that one writer back a couple of years ago was that he was rephrasing much of other video reviews, so that would be a bit difficult to check except for a manual comparison. But for places that have written reviews/critiques it seems appropriate that they would put all of their stuff through some of kind of easy-to-use filter, of which there are quite a few. I don’t know how well Steam reviews come up through the general search but the particular phrasing and such should probably trigger enough searches to flag. I imagine it shouldn’t be too difficult to implement and it would be a nice way to respect intellectual property.

I think the easiest way to spot someone taking shortcuts with reviews is that their voice or tone suddenly changes mid review, that classic piecemeal–one paragraph doesn’t fit the next–general writing that it becomes painfully obvious to see.

All’s well that ends well. It’s good to know that things went so well for you.

And don’t worry about it. We’ll be right here waiting for you.