Having recently returned to Hearthstone and being interested in this as well, I’m not sure I’ll find any time to play anything besides those two games for a while, lol. You pay $10 (in keys, which u buy ingame from the Steam Store) and get a nice item every time u level up (a car, wheels, trail, … which are upgradeable too).

There are 70 items u can get from the season pass (if u get all and keep leveling up u keep getting some form of reward per level [I think the items get some special distinction or so]).

People who don’t buy the premium pass can get 29 (apparently different) items FOR FREE.

I’m pretty excited about it, I’ve never actually spent money on cosmetics in a game before, I’ve always found it a waste of money. So now I’ll be able to get some items free of course the free items are probably gonna be crap compared to the premium ones

I will this time [edit: not real money btw, only Steam Wallet Monopoly Make-belief Pretend Moneyz] cuz i think it’s absolutely worth it; u also get 6 keys back if u level up to the end, so the pass only ends up costing $4 then actually [of course they know very well that most ppl will just use those to open crates and then spend another $10 on the next pass again]. [edit: apparently u can actually get 10 keys if u level up 100 tiers in the pass, thus getting the pass basically for free: https://www.reddit.com/r/RocketLeague/comments/9bx5vv/rocket_pass_explain_like_im_5_edition/]

[edit: that reddit thread also claims the premium pass includes the 29 items from the free pass as well]

r/RocketLeague - The best item in the rocket pass is FREE!

That does sound like good value, but I’m not a fan of any in-game purchases after buying the base game. Actually dislike cosmetics in general, but just because I’m weak and I always like to gamble if given the option so I’m always fighting against myself.

y better to be cautious then; I never open cases or crates myself (if it costs money to do so) as i consider it a form of gambling given that u spend a given value and do not know what u will get in return

Just do what I did, keep trading items up and eventutally trade them for keys, I spent no money on keys (or maybe $5 at one point I can’t remember) and I ended up getting a ton of keys (we are talking hundreds) all of which I have not used except for trading for some items like bm decals. Took a fair bit of work and time though which I slightly regret.

y i have over 4500 trades and 66k market transactions, but those were mostly cs go-related as u can actually sell those for steam moneyz, rocket league items cant be converted into steam moneyz, so they are basically worthless to me (imagine u could convert those hundreds of keys into hundred of steam dollars to buy games!!!), so im not gonna spend any time trading them, but i do enjoy the game and the visual items enough to put a drop of my steam trading profits into this pass, lol

keep trading items up and eventutally trade them for keys

I traded once in Rocket Leauge, It was pretty good but I think I’ll put some research into it if I ever do it again, because I think I may have given a little to much for what I got, of course I have no idea

If u have no idea then it’s safe to assume u did y, lol

I’m doing the same, starting from a shitty item and trading it up. Well I still do’nt own hundreds of keys but it’s slowly rising x)

I didn’t intend on buying it (I never spend my money on ingame purchases) but my firend gifted me 8 keys to buy it… So I spent Steam wallet money (not my money, not a cent in there comes from me xD) buying the last 2.
Very much worth it for me then, I’ll get the 10 keys back for next pass. Plus the items are super pretty

y loving that car u get with it too so far

Rocket Pass 2 launching in 3 days too

Yeah, the car looks great, i’d buy it, but i saw that it can’t really be customized, which is a shame.

y, i got it, love it, i guess McLaren probably put that as a condition cuz they want to keep the car as is

I’m sure that’s the reason behind it, licence issues, but i just wish they allowed at least some different McLaren wheels, and some black variants too if not the custom wheels made by Psyonix.
But oh well, still looks sexy and has the Dominus hitbox, which is nice.

and i got fire god last time with decryptor too

Basically, I unboxed some good shit for free, a nice car that u can only unbox, and one of the most expensive skins for a car, lol 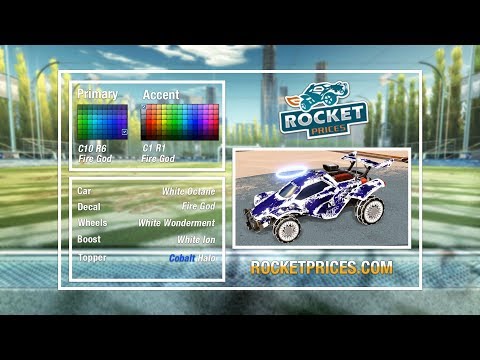