Last month or a few weeks ago or maybe it was even last week, I forget these things, I could check but the open tab for Humble is all the way over there, < far away to the left of my screen and I’m not having that.

So, anyway, the Humble Bundle Store was giving away FREE Steam Keys for the World War II, FPS title [Rising Storm Game of the Year Edition] (http://store.steampowered.com/app/234510/Rising_Storm_Game_of_the_Year_Edition/)
There is a small catch It has to be redeemed by Saturday 10th June 2017

So if this is a game that interests you and you missed the opportunity to grab this at the time, please leave a comment below and I shall gift it to you as soon as I can and obviously before Saturday arrives. If there are a few comments I shall use an RNG to decide who gets it.

I’ll check back in a few hours or as soon as I can. 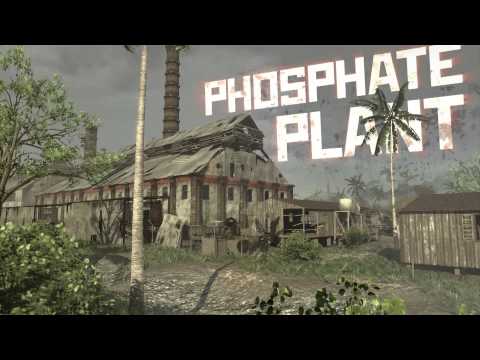 It may be a waste of time, as this was already posted and most who wanted will have it but I got it and I have no interest and just saw it had an expiry.

Better that someone gets it than no one… I suppose.

I think that it’s really cool that you keep on doing these giveaways, please keep at it man…
Also can I please get the key

Sure, if there are no others interested in it, it is yours. I’ll give it some more time yet though, it’s only fair.

It’s no big deal, I got this game for free. It is better that someone gets it than no one at all.
Thanks, though.

I’m a little confused, today is June 8th 2017 which is Thursday.

I made a huge mistake… good catch. Fixed.

Okay there was two entries, so I just tossed a coin assigning heads to @axelusien99 and tails to @UnProx and the winner was

So if anyone has an issue with that, I suggest taking it up with:

Her Majesty the Queen Elizabeth the Second, by the Grace of God of the United Kingdom of Great Britain and Northern Ireland and of Her other Realms and Territories Queen, Head of the Commonwealth, Defender of the Faith.

*Don’t let her title put you off, she is a softy at heart, so I’m told. If you like I can give you her address too?

Commiserations @UnProx it’s out of my hands now, it was a 50/50 shot. There is always the next time though. I know of two giveaways coming up soon.

Well done @axelusien99, PM will be sent to you with a Key shortly upon confirming this. I just want to make sure the key is redeemed in time, that’s all. If not I shall give it to UnProx, Okay? Congrats.

*Nah, I’m only kidding around with you… she is not really a softy.

Yay, thank you so much

it is truly an honor to have been graced by Her Majesty the Queen Elizabeth the Second, by the Grace of God of the United Kingdom of Great Britain and Northern Ireland and of Her other Realms and Territories Queen, Head of the Commonwealth, Defender of the Faith.It is good to know she keeps an eye on people other than her subjects.

Aye, Lizzie 2 is alrigHt, shE is basicaLy a commoner ;)and I’m Pleased to assure you

that I aM not saying this ;)undEr duress and will leave

of communication to you to claim

Here’s another key:
FQ8QC-QHM42-75M56
The deadline has passed and I don’t really know if it works or not. First come first serve. Say something if you’ve tried to claim it weather you succeeded or not. Save 30 people from trying themselves.

This code will have expired by now, I checked last night it said 10am today Pacific time and that is 1 minute ago.

Has anyone claimed it and not said anything?

The code expired to be redeemed (revealed). Once it has been redeemed it doesn’t expire so that key should be good unless someone took it already.

I think you can check if a code is valid by “trying” to activate it, steam will ask you if you want to use the code when it’s valid provided you don’t have the game already, and you can cancel the operation.

Steam most certainly does not have a “are you sure you want to activate this key?” feature unless it was added in the last couple of days and i’m pretty sure it will tell you you already have the game whether the code is usable or not.

@Primoedu not sure what you’re trying to say. Redeemed and revealed aren’t interchangeable, if you use a non-trial key on steam of course it will stay forever unless it’s a fraudulently obtained key or something and the dev pulls it. As for revealing i don’t wanna check now but Humble Bundle for example pulls the pages the keys were on even if they’ve been revealed, whether the keys don’t expire themselves i do not know.

I’m pretty sure because I have just activated Dungeons 2 a few days ago, which is a few weeks after the redemption period expired.

@Inferry as far as I know if you already have the game in your account there is no way to check if the code is usable.

Daww, i didn’t reveal D2 but i don’t really care even, grid however isn’t available anymore and i had it for free