in dragon ball z do you think picoro daimaku is a better father what goku?

hahaa its intriging me

It’s been a long time since i watched DBZ but I am confused about what you are asking. Are you asking if Piccolo was a better father than Goku to Gohan?

It’s been a long time since I saw this question. I will not miss an opportunity to post piccolo’s parenting strategy. 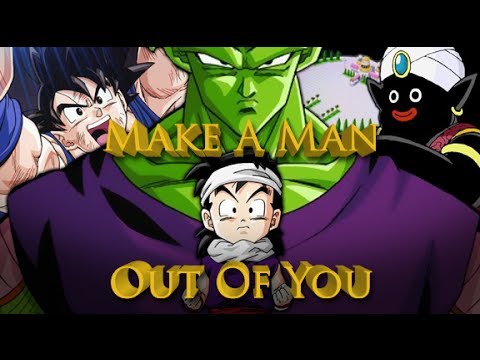 That must be where cacronia got that concept maybe…
To be serious, saying that Piccolo is a father figure, at least in the concept of the original, feels like a huge stretch. I always felt they had more of a student-teacher relationship, given Gohan’s training in the woods prior to Nappa and Vegeta’s arrival, as well as Piccolo’s redemption and subsequent sacrifice thanks to Gohan being the first person to see him not as an enemy making me feel a father figure role for Piccolo feeling inaccurate.
In subsequent appearances, I always felt that Gohan, or at least in a mind canon thing anyway, shows more of a respect towards Piccolo, and maybe likewise. I haven’t really seen Z (or Kai for that matter) for a long time proper, so I’m pretty sure I’m misinterpreting a character again.

Yeah for me I watched DBZ well over 10 years ago and from memory the Piccolo relationship was more mentor and trainee which I believe Goku took over in the later series (or at least he trained with him a lot) as most non Saiyan people got pushed to the side lines because their power comparison just kept dwindling. I think though he didn’t always do the responsible thing Goku was still the father figure in Gohan’s life, but again my memory is quite foggy on this and I have not seen much of the OVAs or series after DBZ finished.