Quotes to Live By

Our resident musician, @markwr, has been getting into leaving some nice and pleasant quotes all around lately, and he has brightened me up a couple of times, so this thread is inspired by him.

In these tough times, facing the pandemic still running through the world and a lot of people facing serious health risks, I ran across this quote from a YouTube video by Eddie Hall:

Source YouTube video here, edited to include the timestamp.

I felt really uplifted by this quote late last night when I was watching the video. Eddie Hall and Brian Shaw are two of my favorite strongmen, you may have seen them in various competitions or maybe in the History Channel’s Strongest Man in History show, full episodes available here in a nice playlist directly on the official History Channel channel… XD. Anyway, it’s a great show, I wish they would make more seasons of it.

You may have also come across Eddie’s name in connection with his planned boxing fight against Hafthor Bjornsson, AKA The Mountain in Game of Thrones, planned later this year, in about 6 months. Anyway, there’s some bitterness between these two guys that have been brewing since 2017 World’s Strongest Man competition and just on-going. Anyway, I digress unnecessarily.

Please feel free to post quotes that inspired you, kept you motivated, uplifted you when you were down, or maybe just made you laugh in a time that you really needed one.

“When people ask me stupid questions, it is my legal obligation to give a sarcastic remark.”

Here’s one that I came up with several years ago and something I always live by to keep me motivated when someone says “it’s impossible.” I’m not sure if I got it from somewhere or modified someone else’s quote, but it came to me when I needed it.

“There is only one rule or law in the universe that always holds true and that is ‘every rule or law has an exception, except for this one.’”

Blood for the blood god!
Skulls for the skull throne!

I try to fit this philosophy into every aspect of daily life. You never have to feel hesitant or worry you’ve made the wrong decision if you just ask yourself, what would Khorne do?

Our resident musician, @markwr, has been getting into leaving some nice and pleasant quotes all around lately, and he has brightened me up a couple of times, so this thread is inspired by him.

Thanks for the nod @YQMaoski

I recently heard something on youtube along the lines of,

I didn’t believe it because I procrastinate a bit but I gave it a shot. I realized that it was true that the hardest part in doing something is starting to do it. After I started doing something, it was a lot less effort to continue. It made me a bit more productive in a lot of things.

“If the sight of the blue skies fills you with joy, if a blade of grass springing up in the fields has power to move you, if the simple things of nature have a message that you understand, rejoice, for your soul is alive.”

“Right before I die I’m going to swallow a bag of popcorn kernels to make the cremation a bit more interesting.”

Kill La Kill is what comes to mind first, to be honest.

“Faith is not what causes problems; it is when one forces their beliefs on others that problems arise.” ~Illumina, Governess of Purity and Balance, also my mother

Does anyone else follow these crazy History Channel shows? Forged in Fire is really fun to watch for people who like all kinds of forged weapons. This is kind of a spoiler from last season, but this is a great quote:

Don’t be afraid. Courage isn’t the absence of fear, it’s doing something in spite of fear.

Source video (I cannot get enough of these Forged in Fire videos, by the way)

I mean, seriously, I don’t remember which weapon it was they were talking about at one point (not in this video), the intro said something like “you can find the weapon in games like Dark Souls.” They always introduce some background history briefly about the weapons in question, and I was really amused when that came up.

“The universe is under no obligation to make sense to you.” - Neil deGrasse Tyson.

I have a few others around somewhere. 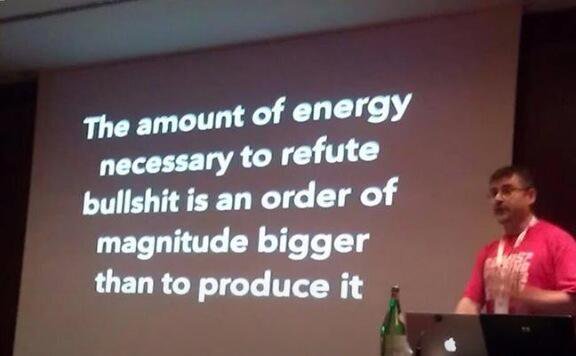 the hardest part in doing something is starting to do it

Courage isn’t the absence of fear, it’s doing something in spite of fear.

I agree with that one. Hard to actually do the prior bit: Don’t be afraid.

I’ve seen a good nice lately, but to find them. One of them was along the lines of “the hardest person to forgive is yourself”.

Well, if there’s a movie which always get me to watch again is Rocky 6, mostly because of stuff like this:

“I must not fear. Fear is the mind-killer. Fear is the little-death that brings total obliteration. I will face my fear. I will permit it to pass over me and through me. And when it has gone past I will turn the inner eye to see its path. Where the fear has gone there will be nothing. Only I will remain.” -Frank Herbert, Dune. 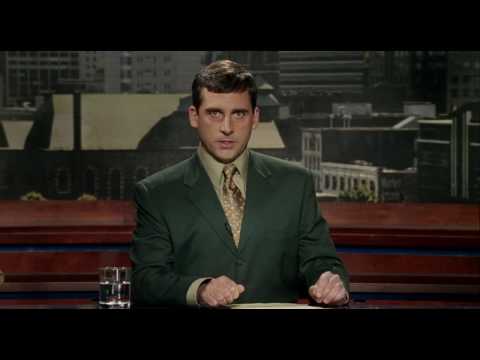 “You speak of Mutually Assured Destruction!? Nice story; TELL IT TO READER’S DIGEST!!” ~Dave Mustaine, from Sweating Bullets
To be honest, I worry more about that than anything else right now…

“Give them a fish, you feed them for a meal. Teach them to fish, you give them a skill. Make your house their home, they may just have a better chance at life.” ~Kong Fuzi

“Don’t take shit too serious, nothing is worth not being happy”

‘Weekends don’t count unless you spend them doing something completely pointless.’ — Bill Watterson

Very hard to pinpoint something as completely pointless though…

“A dream, all a dream, that ends in nothing, and leaves the sleeper where he lay down, but I wish you to know that you inspired it.” — Charles Dickens