The Observer is Now Available For Those With Twitch/Amazon Prime

If you are like me and forget to check things, you may be entitled to a *FREE Copy of The Observer, starring the always awesome Rutger Hauer in a cyberpunk setting. Talk about typecasting.

Apparently, every day of this month so far, Twitch Prime has been giving subscribers a different game up until Prime Day ends. I decided to make this announcement because I have missed a few, including the one I wanted most, Pillars of Eternity.

Anyway, I haven’t posted much lately and thought this was a good a time as any to say something.

That is handy, thank you very much, Delenn.

If you have Amazon Prime, you have Twitch Prime, it is the same thing. Just in case you weren’t aware.

Yes, I know but the amazon Prime is not as enticing here in Canada. So I don’t have a subscription either. The only thing would be the free shipping and Don’t order that much from Amazon…more from Tiger direct or newegg

Aye, that’s fair. I don’t have it either, really. My Mum does and I just log in with her credentials. She loves the shows that are on Prime but it is not my cup of tea.

Well i have a Nvidia Shield and Netflix…for shows and maybe getting rid of Netflix soon…The greedy sods!

If you want the games you can always sign up for the Amazon Prime 30 day trial, get the games and then cancel immediately?

It isn’t a great system they have. You activate the games via Twitch in your browser then go to the Desktop App to access the games. A wee bit annoying.

Yeah, I was tempted to do this but the hassle of yet another client put me off (and I don’t subscribe to anything as I keep my pennies under careful observation).

I keep my pennies under careful observation

We no longer have pennies…We round UP or DOWN.

I have too many clients now as it is…Hard enough to keep track of them.

I think Amazon Prime is worth it if you are ordering from there a lot and watch a lot of Boxset TV shows. Some shows they have are great and they are getting The Expanse as of next year which is a brilliant Sci-Fi show @delenn13 if you are interested?

You get for your money with Prime than you do Netflix but I suppose that all depends on what you like to watch.

Aye, fair enough. I get you.

I think Amazon Prime is worth it if you are ordering from there a lot and watch a lot of Boxset TV shows. Some shows they have are great and they are getting The Expanse as of next year which is a brilliant Sci-Fi show @delenn13 if you are interested? 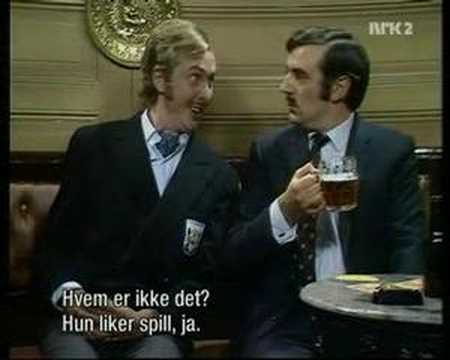 You get for your money with Prime than you do Netflix

The US netflix is better but I may let it lapse till winter since we watch more TV then.

Bought a Humble for Deponia Doomsday…

Twitch Prime is pretty nice to have at times. I think the individual Twitch Turbo (?) package is about half the price of an Amazon Prime subscription but in the the US the offerings through Amazon Prime are pretty good decent if you can afford it. Amazon just throws so many free services into their Prime subscription. Individually they seem a bit weak compared to the competition (like Netflix or Spotify) but Amazon is really putting a lot into Twitch to maintain its position as the dominant streaming platform. I probably wouldn’t get a Twitch premium subscription if I didn’t have Amazon Prime already but Twitch has a lot of free stuff now that I might otherwise consider it.

I’ve got probably two dozen games for free from them now and I also play Warframe who’s Devs have been using Twitch Drops campaigns beyond what their infrastructure can handle at times and have had trouble saving the Twitch data. Twitch is kind of in a weird place right now with the desktop program that is practically only useful for downloading games but the value they’re providing seems to be continuing to increase - for me, anyhow.

If you’ve seen a lot of Twitch exclusives showing up for games you play I recommend creating an account and linking games that have been known to use it for exclusives just so you can harvest the free loot, although some offers require Twitch Prime. You can just leave a stream running in the background for most of the Drops campaigns. I think other streaming platforms will add similar service features soon.

That’s my 2 cents on Twitch’s value as part of Amazon Prime.

Tacoma is now available, as well in case anyone is interested.