And it’s finally here: go check out your yearly report of played Steam games this year.

Visit the page to get the following badge for you. 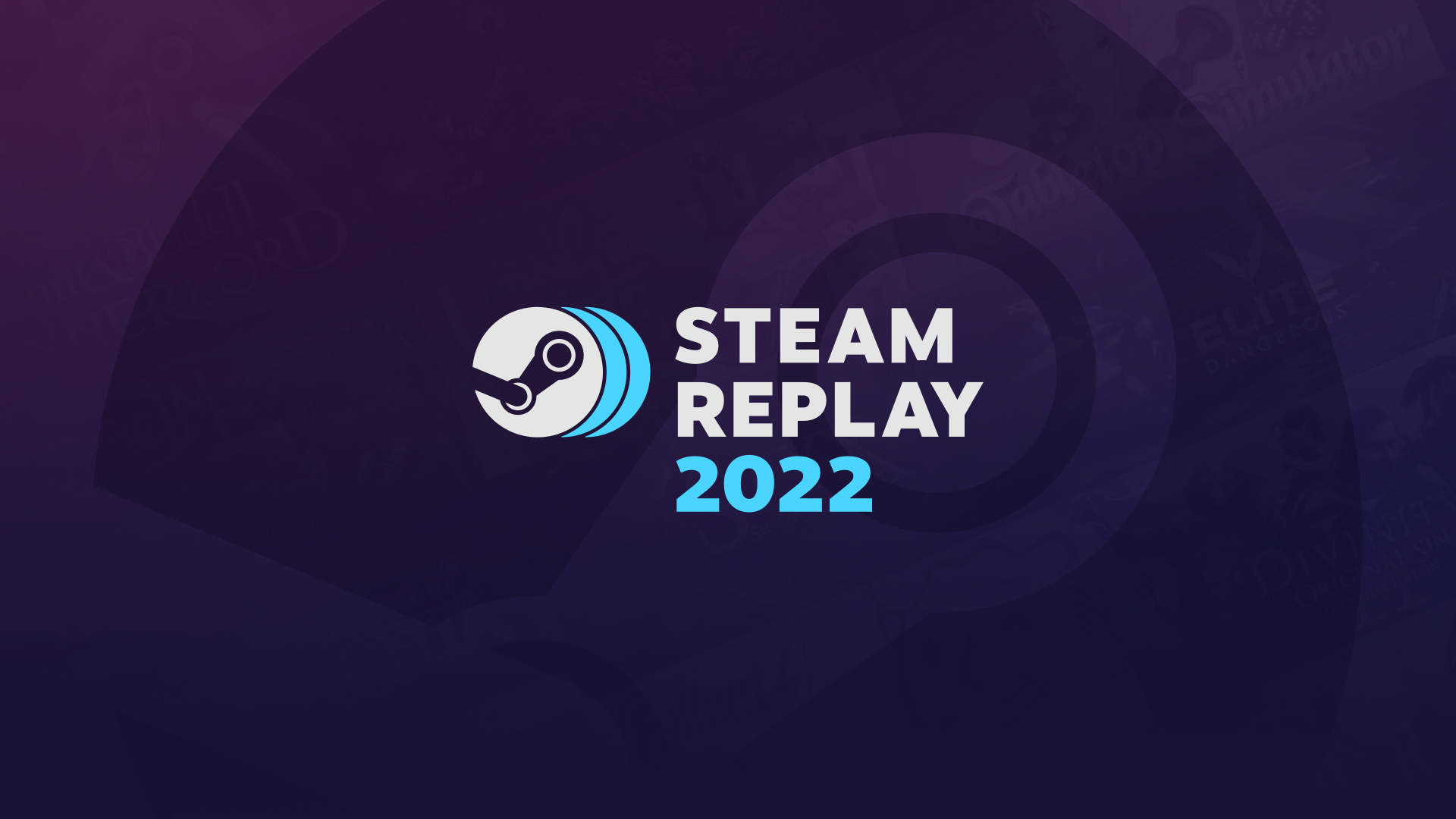 This profile is not public

Played more during first half of the year 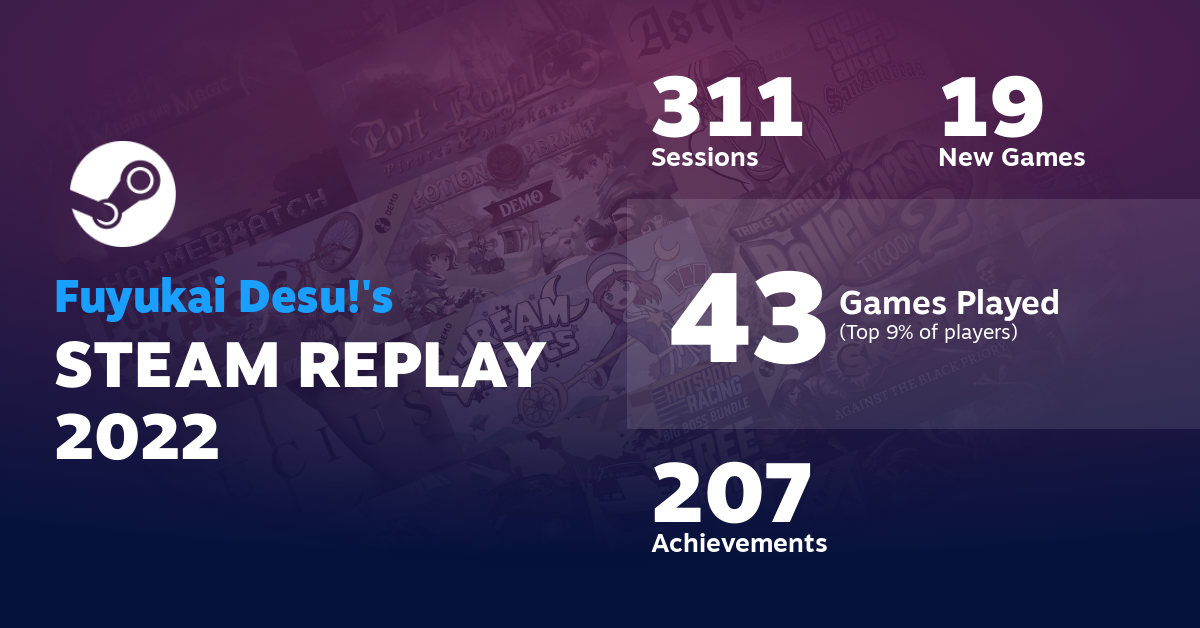 Check out my 2022 Steam Replay

These stats are useless as they are tainted by steam events, particularly one of the summer ones where you were asked to try as many demos as possible for badges.

I was wondering how in the world 38% of games I supposedly played this year were new releases when I can’t even recall having played any new release this year. I did however fake launch through an idler program “25 or more” demo titles for a badge, which they are clearly counting here.

I did however fake launch through an idler program “25 or more” demo titles for a badge, which they are clearly counting here.

Yeah, same here. Steam also counted and featured the games I’ve idled to get ARP for Alienware Arena. But hey, it’s better than nothing and people enjoy seeing numbers go up.

I’ve played some demos in June and October, but it was genuinely me testing out some of the games, no idling. I still wish more games would offer demos (not only during events) like the old days, it’s a lot better to check how the game runs and how interesting it is.

This was a fun thing: 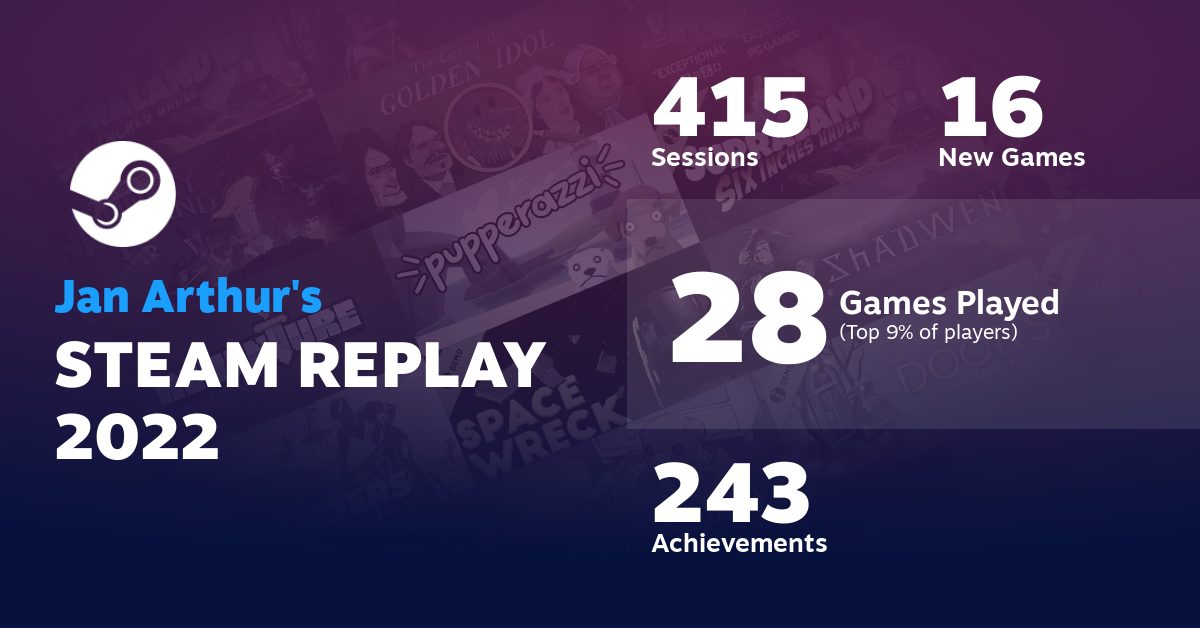 Check out my 2022 Steam Replay