[PSA] Free Quake Remaster If You Own The Original Quake Game

If you’ve bought Quake on Steam, Windows Store or got it for free on Bethesda.Net last year, check their respective launchers for a surprise.

ALREADY OWN QUAKE? GET THE ENHANCED VERSION FREE

Learn more about the re-release of Quake and upgrading eligible copies of the game through our official FAQ.

Prepare to venture through the Slipgate once more, Ranger. The dark fantasy FPS that inspires today’s retro-style shooters is here and enhanced! 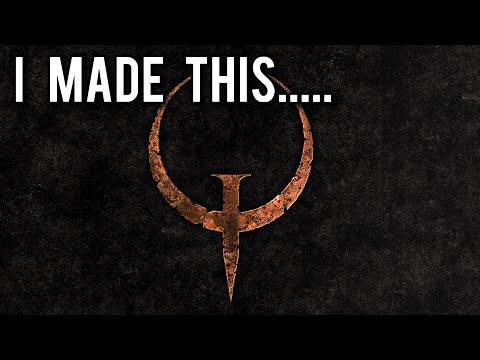 This sounds rad. Thanks for the news

I could not remember if I got Quake for free on Bethesda.Net last year, so I opened the Bethesda.net Launcher to see if I had it there. I am suprised to realize that I can not figure out how to look at my list of owned games in that Launcher, is it just me, or do you all have the same problem? I must be doing something wrong?

ps - I do own the original Quake CD, lol.

EDIT: I logged into my bethesda.net account online, and my “Transaction History” there does show that I have:

EDIT: Ok, I guess I have to look at the entire list of games in the Launcher, and look for the phrase “not installed” under any title to know that I own it. Poor design.

Or you could just view your library instead.

I also have both Quake 1 & 2 on cd’s together with the manuals, but i don’t have a cd-drive in the laptop.
Will be interesting to check out the remaster, but i doubt it comes with the NIN soundtrack.

The iconic original soundtrack by Trent Reznor of Nine Inch Nails is now included on all versions baked into the game without the need for a disc or a disc drive! The soundtracks for Scourge of Armagon, and Dissolution of Eternity are also included when playing those expansion packs.

It actually includes the original soundtrack.

As separate mp3 files even, so you can copy those over and listen to them outside the game should you desire.

Or you could just view your library instead.

Ha! To me, It had “looked very much” as if the drop-down was “already open” when I clicked on GAMES. Now I feel like an idiot, heh. Thanks @SeekerSupreme

i don’t have a cd-drive in the laptop

Buy an external (usb) dvd-drive on sale, they are really cheap (sometimes $10 on sale). I just keep it handy for any current or future laptop that does not have a drive (actually, I also bought an external usb Blu-ray drive on a great sale, but those are more expensive). Interestingly, my current laptop has an internal dvd-drive, but it no longer works, so the external drive is handy for that too. I only plug the drive in when I need it, which is very rare.

EDIT: My wife’s new laptop has no dvd-drive, so it can help her on occasion too.

Honestly, I’m with @markwr here too. The design is quite confusing anyway

For me all launchers are confusing. As in “why the fuck do I have to use this shit to play my games!?” confusing.

For me all launchers are confusing.

About 2008 I bought a physical copy of “Portal” at the store, but when I discovered I could not run it without creating a Steam account, I just set it aside because I was a bit worried about the hassle/danger of using this new “thing” called Steam. I finally got around to playing Portal this year, lol.

Had a similar experience with Half-Life 2 in 2004; saw it came with something evil, didn’t touch any launcher till 2016.

It’s soooo good, I love it.