Plants vs. Zombies™ Game of the Year Edition free on origin

Nice of you to let us know.
But EA can [colourful, prolonged and explicit description of acts descending into a level of depravity most unsettling]

…but yeah, PvZ isn’t a bad game by any means.

But EA can [colourful, prolonged and explicit description of acts descending into a level of depravity most unsettling]

no matter what, i don’t think it well ever get old to me when people rip on EA etc,

Even /r/pcgaming, most threads today were all about EA.

r/pcgaming: A subreddit for PC gaming news and discussion!

Yeah, messing with “Star Wars” fans/gamers is not a wise thing to do.

How many downvotes so far? Mine was around 400K.

I’ve bought the “first” SW Battlefront and R6 Siege the same day. Then I’ve clocked in circa 30 hours of play-time in BF… and 1K in Siege

Battlefront looks and sounds good, is an ok game, but ultimately shallow. Now that in-game progression is tied to random loot boxes, the fun is just ruined for me.

Garden warfare is good, tho. But Origins…

I’ll be honest, the hate for EABFII is super overblown. I do love a good publisher roast, but TBH Electronic Arts doesn’t even come close to the top of the turd-list these days. They make questionable and stupid decisions, sure, but nothing on the level of sheer malice that some companies try to pull cough SquareEnix cough cough

BFII does have a standard progression system for the characters that matter, and from what I can tell, the whole “chart” talking about how long it takes to unlock heroes is woefully inaccurate as of release. I just can’t hate the game considering how it really didn’t do anything that awful in the grand scheme of things, ESPECIALLY when EA has dropped Denuvo and at least makes an effort to not screw up. Last time I checked to see if a publisher would take responsibility for screw-ups, Bethesda banned me from their forums while SquareEnix quietly pointed a certain finger at me… twice. EA’s made some pretty solid releases and unlike EABF, all maps and content are included without some season pass nonsense.

inb4 @lonin adds a downvote button just for this post

They more than likely dropped denuvo, because it’s getting cracked the same day (& some times before) release, so it’;s useless these days. Well, except for those games that still keep it in, then it’s useful because I won’t buy them

As for EA getting all of this flak, I do think they deserve it, as do some other devs/publishers like the Forza game, Shadow of war & so on.

My main gripe with EA is over DarkSpore & because of that one game, EA will never see another penny from me. 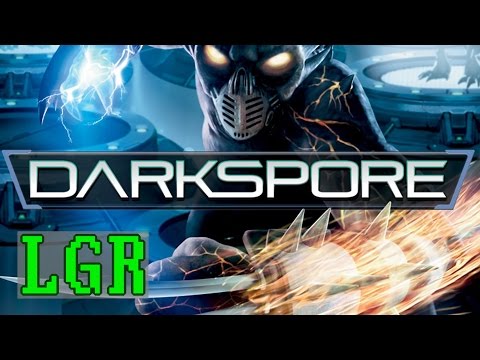 As for battlefrontII, wouldn’t touch it with someone else’s barge pole

& not just because it’s (shudder) starwars.
Got to admit though, some of it does look bloody good.

@NewBanana Yeah, Denuvo’s pretty pointless at this point. The issue? It’s been useless for a while. Publishers are sticking with their damn guns and using this crap regardless. Keep in mind, Resident Evil 7 came out in January, and it was cracked in less than a week. It took around NINE MONTHS for publishers to get the picture here, and even then, SquareEnix doens’t feel like patching it out of their games. Both Titanfall 2 and Mass Effect Andromeda are 100% Denuvo-free now, with new releases not having it at all.

Meanwhile at Bethesda… Dishonored 2? Denuvo. Prey? Denuvo. There’s nothing I can buy from them without ruining my computer. Besides, I don’t believe EA has triple-dipped on DRM the way SquareEnix has. Remember when they put always-online DRM and Denuvo in Just Cause 3, then when the game was a broken turd it was left in its state for us to just deal with? Good times.

Sorry if I come across as a bit sarcastic here, it’s not directed at you. I just find it highly frustrating that when people have complaints, they seem to ONLY group up on EA. They’re just not that bad. They screw up a fair amount, but they’re still top-tier in the AAA circles compared to anyone else. EA also makes significant efforts to improve their public image through giveaways, modified business models, and actually taking in some damn feedback for a change. Not to mention, I’m paying $30/yr for their games; Origin Access is just a great service in general, and it sure beats the $60 I paid for Just Cause 3 or the Denuvo-infected copy of Deus Ex Mankind Divided that came with my AMD FX 8300.

If you really want to support companies based on their practices, grab your fedoras and stick with Focus Home, THQ Nordic, Starbreeze, along with all the other great AA publishers rising through the ranks.

The thing is, just because there are worse publishers out there, doesn’t mean we have to agree with the crap EA tries to shove down our throat, because it’s still crap being shoved down our throat.

Because even now when we’re trying so hard for change, EA STILL finds ways to make more money off of our own complaints while hiding behind the ‘we are good guys that listen to feedback’ excuse.

Case in point: They supposedly made BF2 less pay to win (something that shouldn’t even fucking exist in a pay upfront game in the first damn place) by removing epic star cards from loot boxes, and locking them behind character levels, after which you can craft them. The ACTUAL effect of the change? Since the crafting cost is so damn high, and the only way to get crafting parts is though loot boxes, you now have to buy MORE boxes to get the epics than before. And while before people who only bought the base game still had a chance to get the epics in their earned boxes, now they have to grind for more boxes to get epics.

This is how the game will progress in the first 2 weeks: in the first 2-3 days, players that didn’t buy boxes will use 1-2 common cards, and be crushed by those that bought boxes, so use 3 rare cards. Then after people start unlocking the ability to craft epics, those with deep pockets will dominate for another week or so, because they can craft 3 epics the instant they become unlocked, while the rest have to slowly open enough boxes to get the needed crafting parts.

And while before there would be the rare lucky players that had epics they EARNED, or would get them after only 10-20$ worth of bought boxes, now everyone willing to pay will have to ALL pay 50$+ or however much it ends up being needed to get all the good stuff.

So no, fuck EA and their greed, just because there are bigger scumbags out there doesn’t mean slightly lesser scumbags should be left alone.

Thought this take was worth sharing with you. 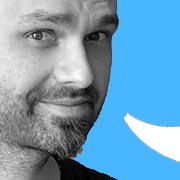 @adrianchm
Everybody in the gaming industry is watching the #StarWarsBattlefrontII drama unfold. The future is clear: no outrage and memes will matter if they're followed by tens/hundreds of millions earned by EA on in-game purchases. Your wallet has way louder voice than you.

I really hope we don’t end up allowing this to be successful.

I really hope we don’t end up allowing this to be successful.

all there is left to hope now is the smaller AAA corps doesn’t follow suit, -and especially the indies,
i’d hate to see the gaming scene go down that way in my lifetime, but i’m thinking i’ll see it now before i even hit 40…

outrage is easy, backing up one’s “words” is tough, especially to go against the popular grain, and everyone wants the new bling, because it’s popular, wouldn’t want to be the “kid left out”, no matter the hollow shell or yearly wholesale reskins

I’ve always found the “wallet louder than your voice” argument to be useless, after all, most of the time you only find about the quality of a product AFTER buying it: “Hey, a lot of people bought the new McFluffy, it tastes like shit but it sold well, so they must like it right?”.

Granted now you have reviews for games that savvy people watch to decide if they buy it or not, but in a lot of circumstances the end user is not the one buying the game, in this case (Battlefront) the game is aimed to:

And kids, in particular, are a big market that cares or know nothing about the situation, they just want the game because looks cool or it’s Star Wars, as such they ask for it, and mom and dad (that also know or care nothing) buy it for them (even if they shouldn’t be playing it at all).

As such “voting with your wallet” is not a good argument, of the expected player base a small percentage is going to research their purchase beforehand (as in look for a review or so), of that, a small part will look into the “drama”, a smaller part would care about it, and just then, and even smaller part would then decide to do a boycot, but the rest, is not that they agree, they just don’t care, since is “just a game”.

Companies latch onto it to say “See? they like it”, even if it’s not a realistic representation of the situation.

That tweet about 75% reduction of cost to get those characters neglected something else that EA did.
They also reduced the amount of stuff you were awarded, so it’s back to base one.

P.S. I’ve also heard that to slow things down even further, the arcade mode or wth it’s called, limits how often you can play it or how how much you can get awarded from it, so you’re even worse off.

I saw this on reddit, thought it was on point.

EA is getting in on the hardware scene. 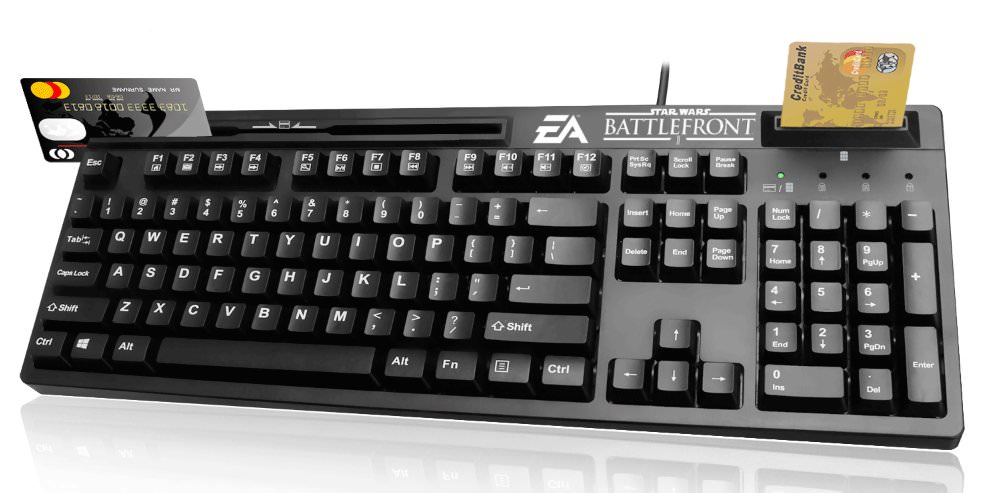 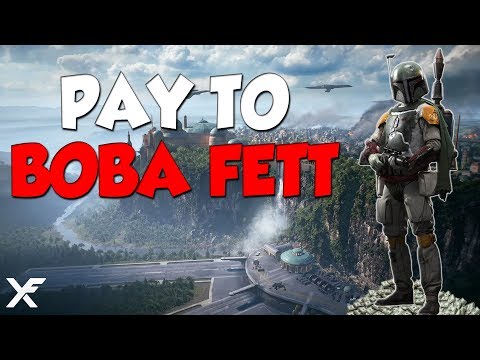 Ah well, at least you have story mode, that should be okay. Right? Riiiggghhttt??

This is pretty good spread it far and wide. Attempting to drag Disney into the whole mess because they really don’t like it when dirt splashes in their direction.
https://pbs.twimg.com/media/DOqpKi0VwAEQylz.jpg

I really did not intend for this thread to become an EA hate fest when I first mentioned it, but I don’t really mind either, party on.

i’m betting John Riccitiello got madz when he saw f2p games get away with charging for bullets “why couldn’t we do that in our games back when i thought of it!?!”

EA sees destiny 2 get away with 1 use (“cosmetic”) items

… all i’m saying, i won’t be surprised when that happens…