Pay 5 Bucks for itch.io Indie Bundle for Palestinian Aid by Tybawai and 865 others

Well, I had heard it was going to be for Pride Month but I can get behind supporting/aiding the Palestine people for 5 bucks. Buy 1,020 items for $5 so far…

All profit from this bundle will be donated to the United Nations Relief and Works Agency. The UNRWA has provided food assistance for over one million Palestinians, and continues to do so in the territories with heavy destruction. They also provide emergency mental and physical health protection for those in the region. Gaza Emergency | UNRWA

Indie games are unique in that they can tell stories not seen in AAA or other games. We pour our life experiences into our games and share a piece of ourselves with the world. Palestinian game developers are no different in this aspect, but have the added challenges of limited access to basic services, like clean water, electricity, medical care, and food security. They live under Israeli authority that discriminates and subjugates Palestinians to the point of persecution and apartheid, simply for being Palestinian. Furthermore, they develop games without all the resources that come with being in a western hub for game development.

Palestinian game developer Rasheed Abueideh did exactly that when he made Liyla and the Shadows of War, which tells a story of a little girl who lives in Gaza during the 2014 war, in which 30% of civilian casualties were children. Liyla and the Shadows of War was showcased at IndieCade and A MAZE and earned numerous award nominations, including a win in Excellence in Storytelling at the International Mobile Gaming Awards Middle East/North Africa.

This bundle is pay-what-you-want (above $5 U.S. dollars) for Liyla and the Shadows of War, and you will receive hundreds of additional games, assets, and soundtracks graciously donated by game developers and media creators around the world for free. The bundle will run through Friday, June 11th. Together, we can raise funds for UNRWA for food and medical assistance for Palestinians AND highlight a game developer who is directly affected by the cause we are rallying behind. 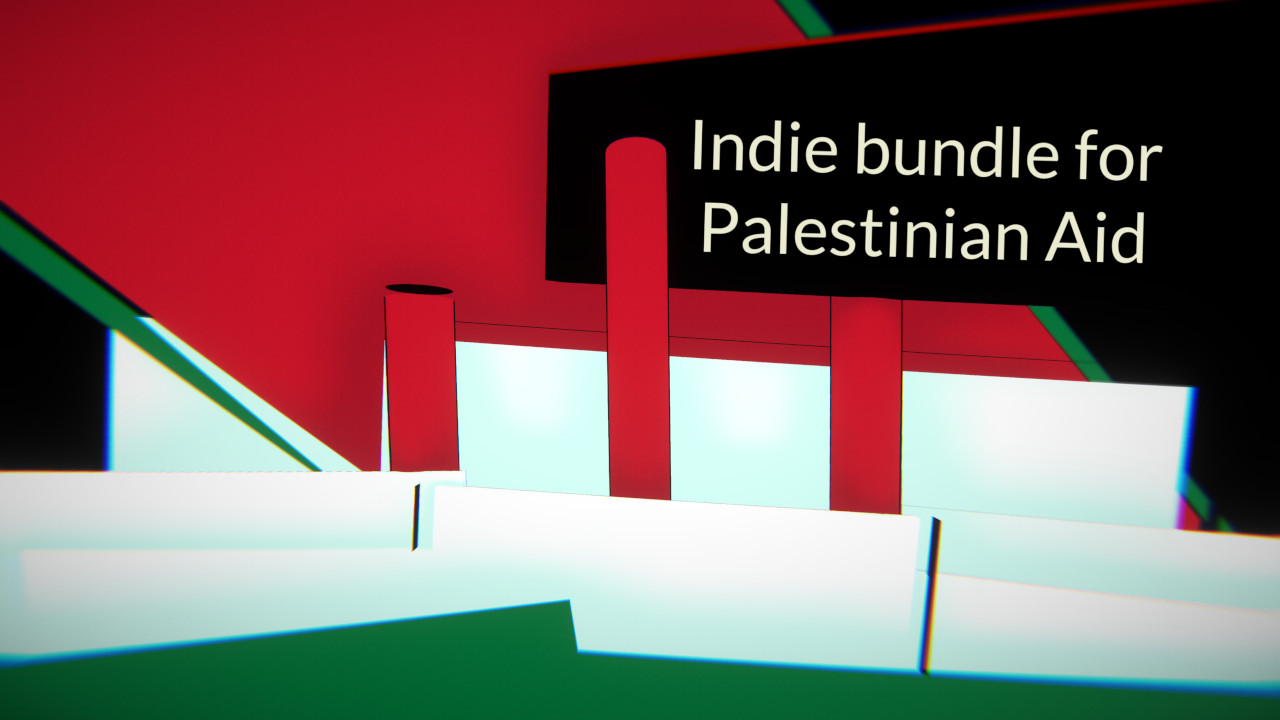 Indie bundle for Palestinian Aid by Tybawai and 1063 others

Many with crossover from last mega bundle, but I’ve noted a few ‘new things’.

@delenn13 I dunno about this one, but nifty find.

Some of the better games:
Steam Marines 2 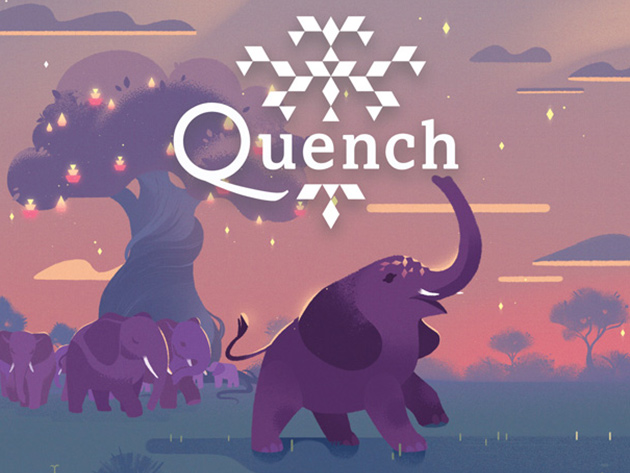 Change the environment to guide herds of animals and restore their home in this colourful narrative puzzle game. 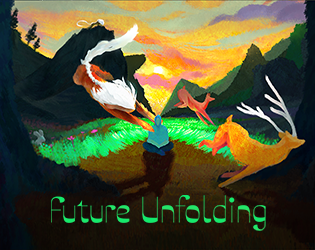 Future Unfolding by Spaces of Play 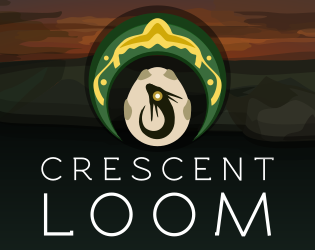 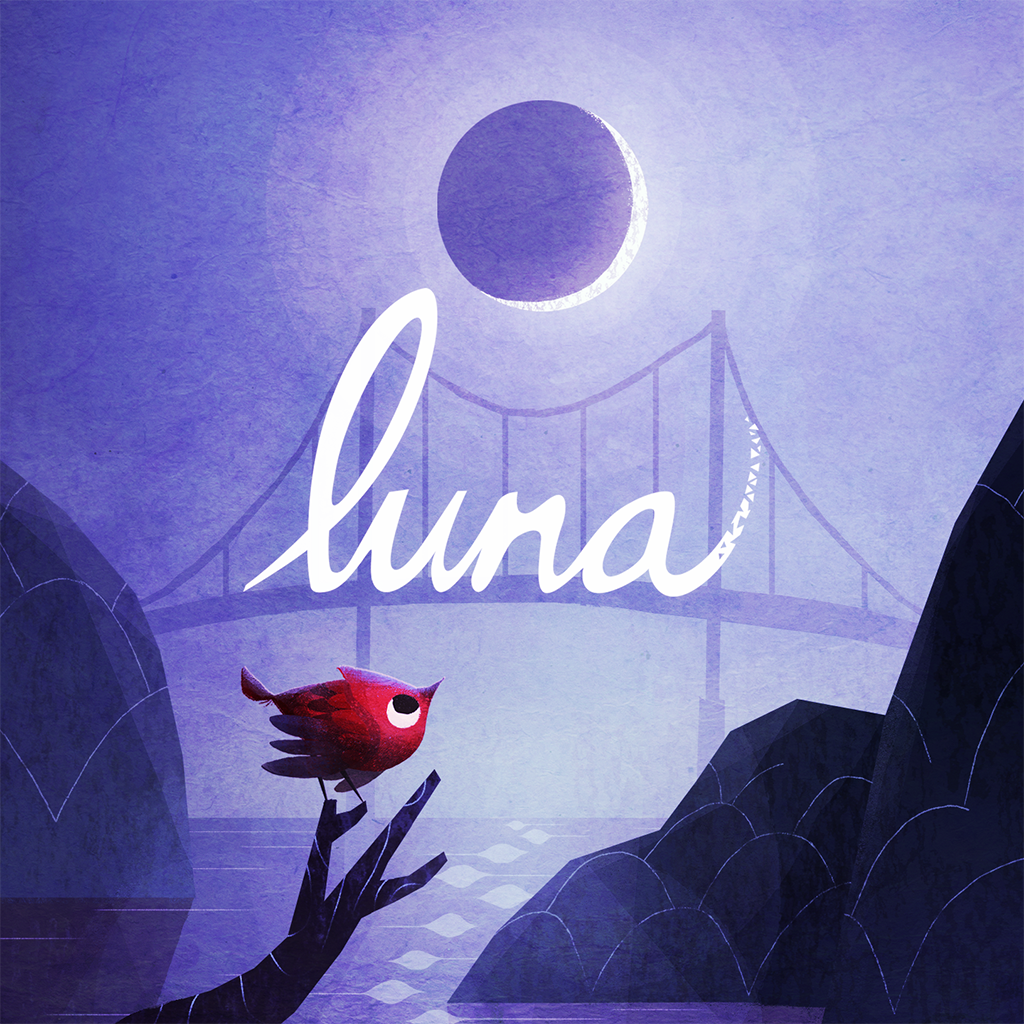 A game about forgiveness 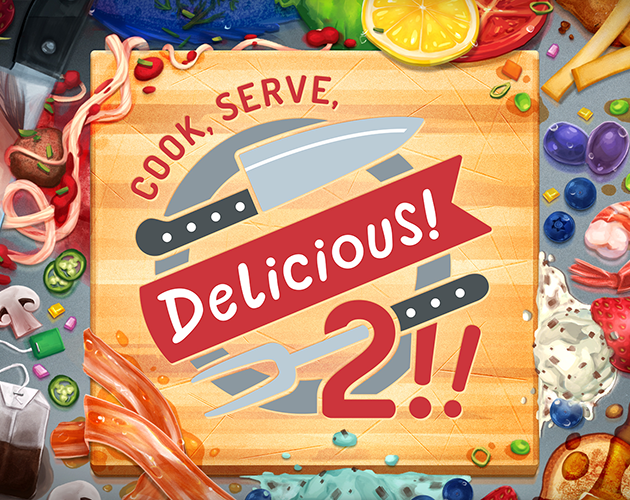 The highest selling and most intense restaurant sim ever made is back!

Raycevick made a video in november about the joy of playing games (demos) without knowing to much about the games beforehand and the time commitment of long games. 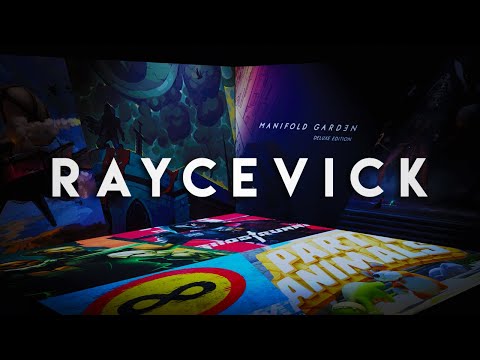 A bundle such as this gives the ability to just install a game and maybe finish it in an hour or two sometimes.

A couple of recommendations that i have played and was not in the previous bundle:

Luck be a Landlord by TrampolineTales

Luck be a Landlord is a roguelike deckbuilder about using a slot machine to earn rent money and defeat capitalism.

(Although cursed to golf is free anyways)

Cursed to Golf by LiamBME

(A few other Draknek game are included.) 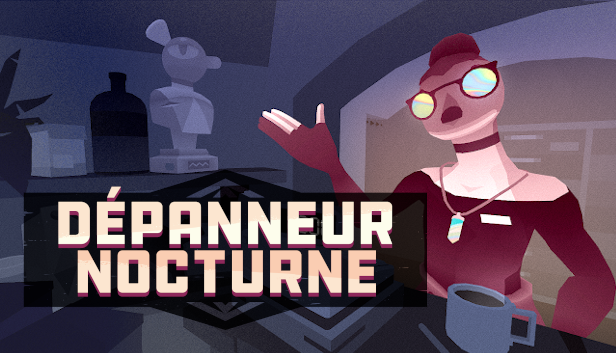 Some games (ok, quite a few) that seems interesting, but i have not played myself:

Glide above the clouds and explore a rebuilding community 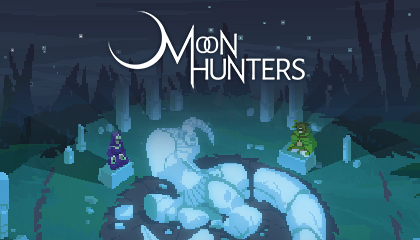 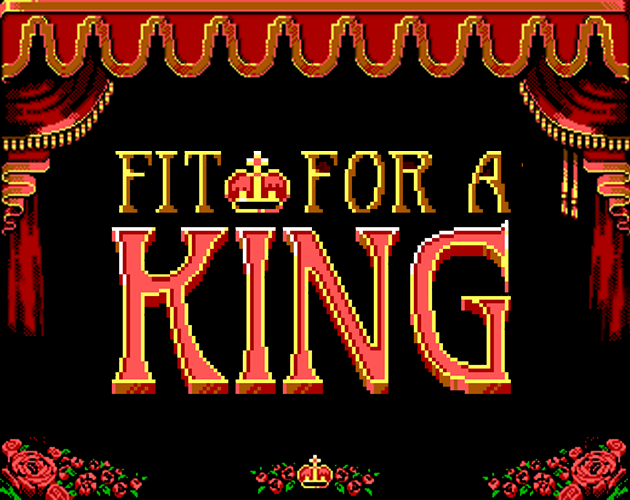 Fit For A King by Kitfox Games

I have been buying more solo journaling games than i have played, i love the concept, but find it hard to keep up. 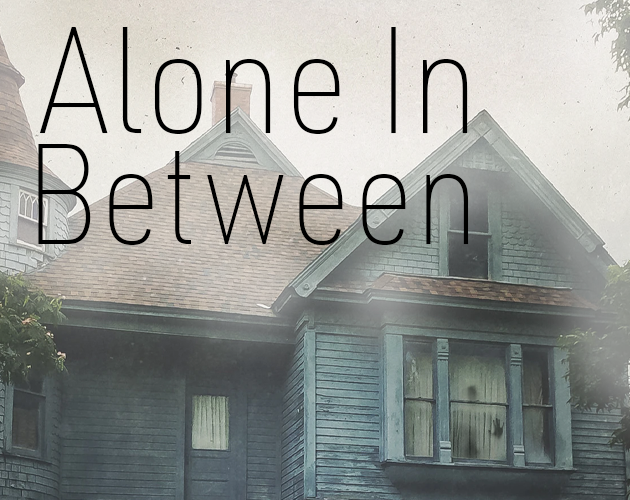 Alone In Between by Matthew Gravelyn

A solo journaling game about making contact with the living 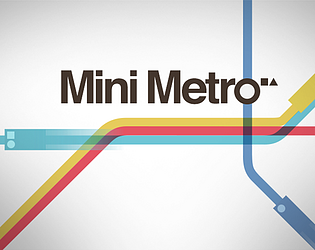 How long can you keep the city moving? 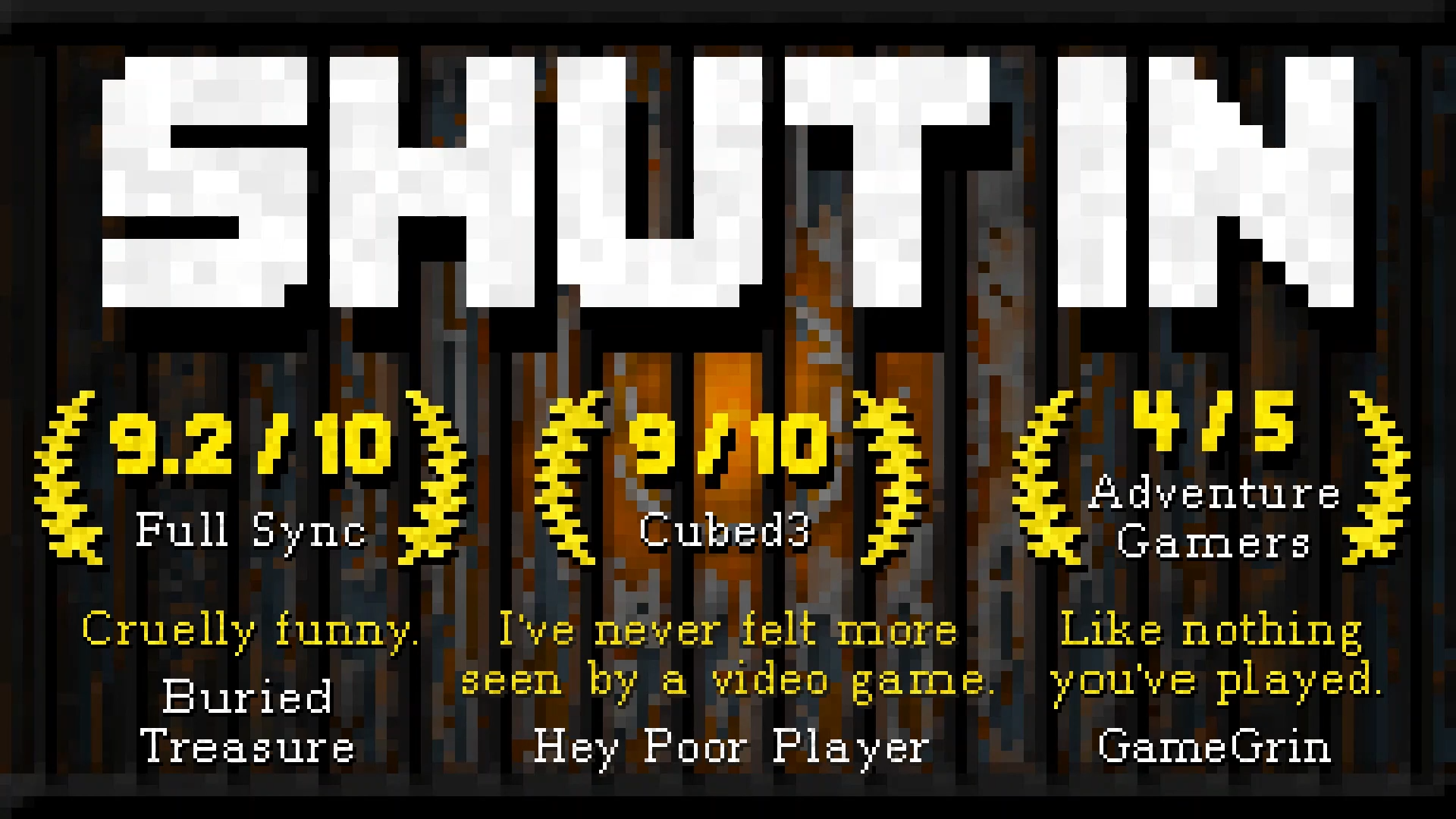 Fight yourself. Die trying. The psychological horror/dark comedy game that hates you as much as you hate yourself.

the racing club meeting is about to start, so please come. 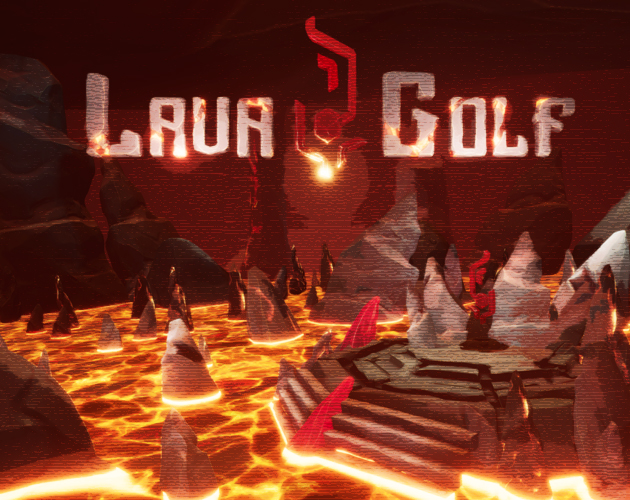 You are a golf ball in an hellish golf course filled with lava! Reach the exit portal and survive the nightmare! 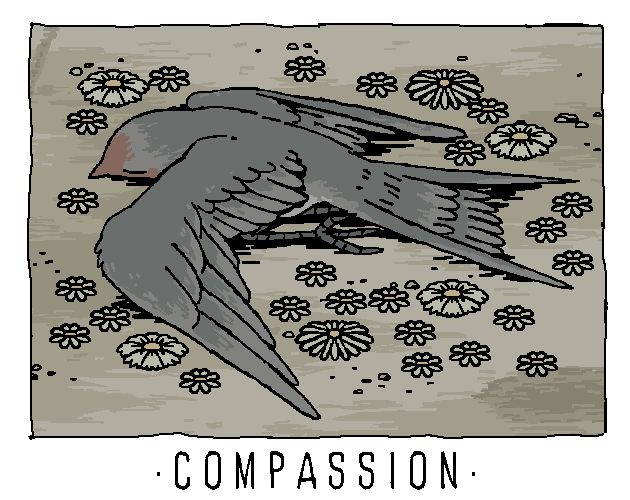 Play in your browser 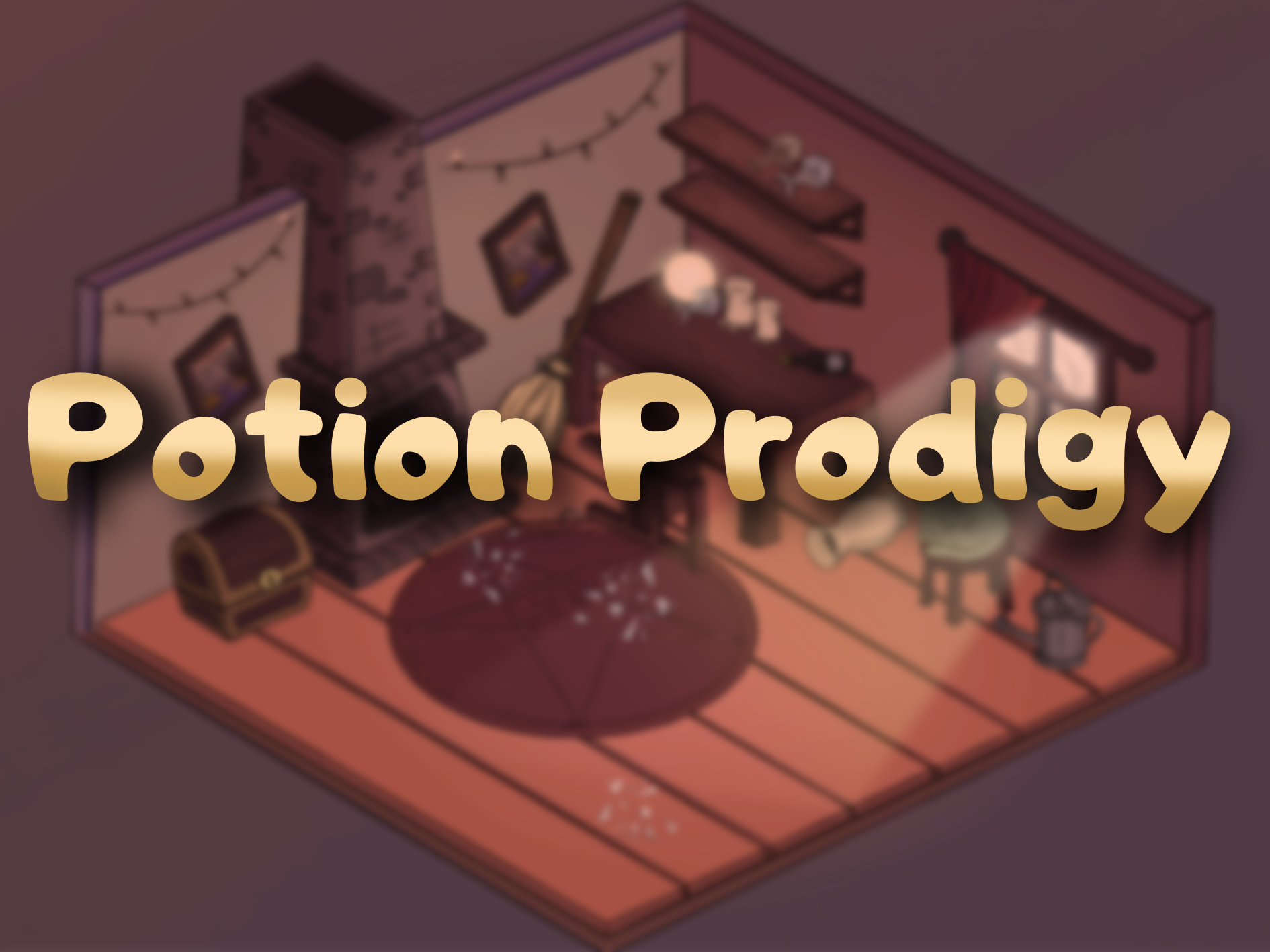 a terrible spin on a very good arcade puzzler 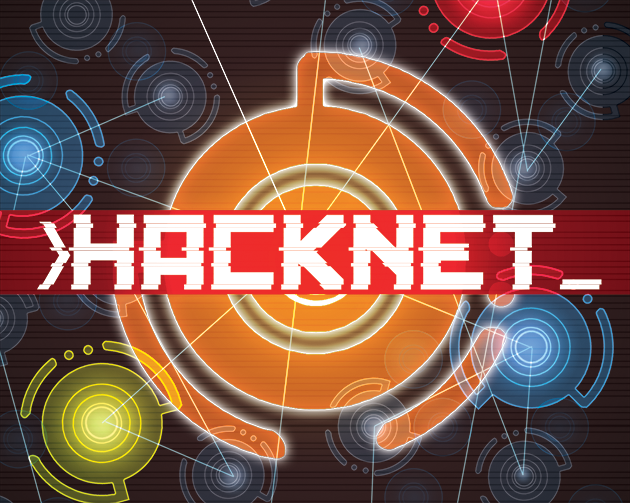 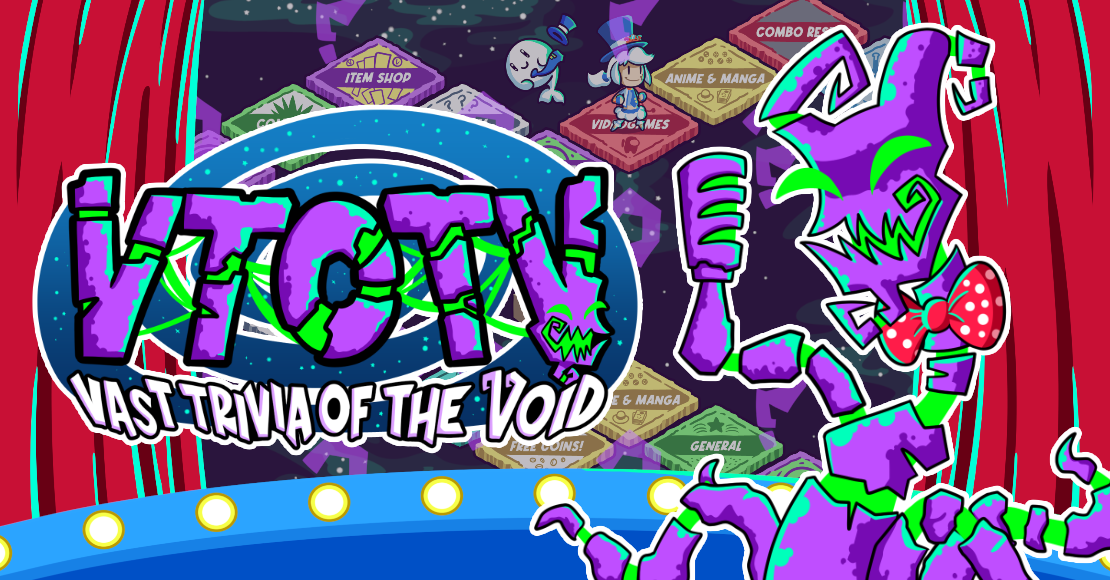 Vast Trivia Of The Void by Whales And Games, MoskiDraws, JorgeGameDev

What would an omniscient creature do with all that knowledge? Well, host a trivia game, of course!

Make yourself a sandwich! You know you want to. Explore an open world and collect instructions for creating furniture. 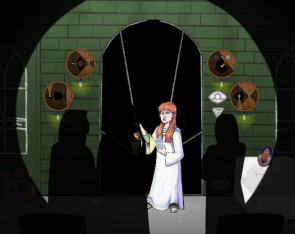 A coming of age ritual at the end of the world. 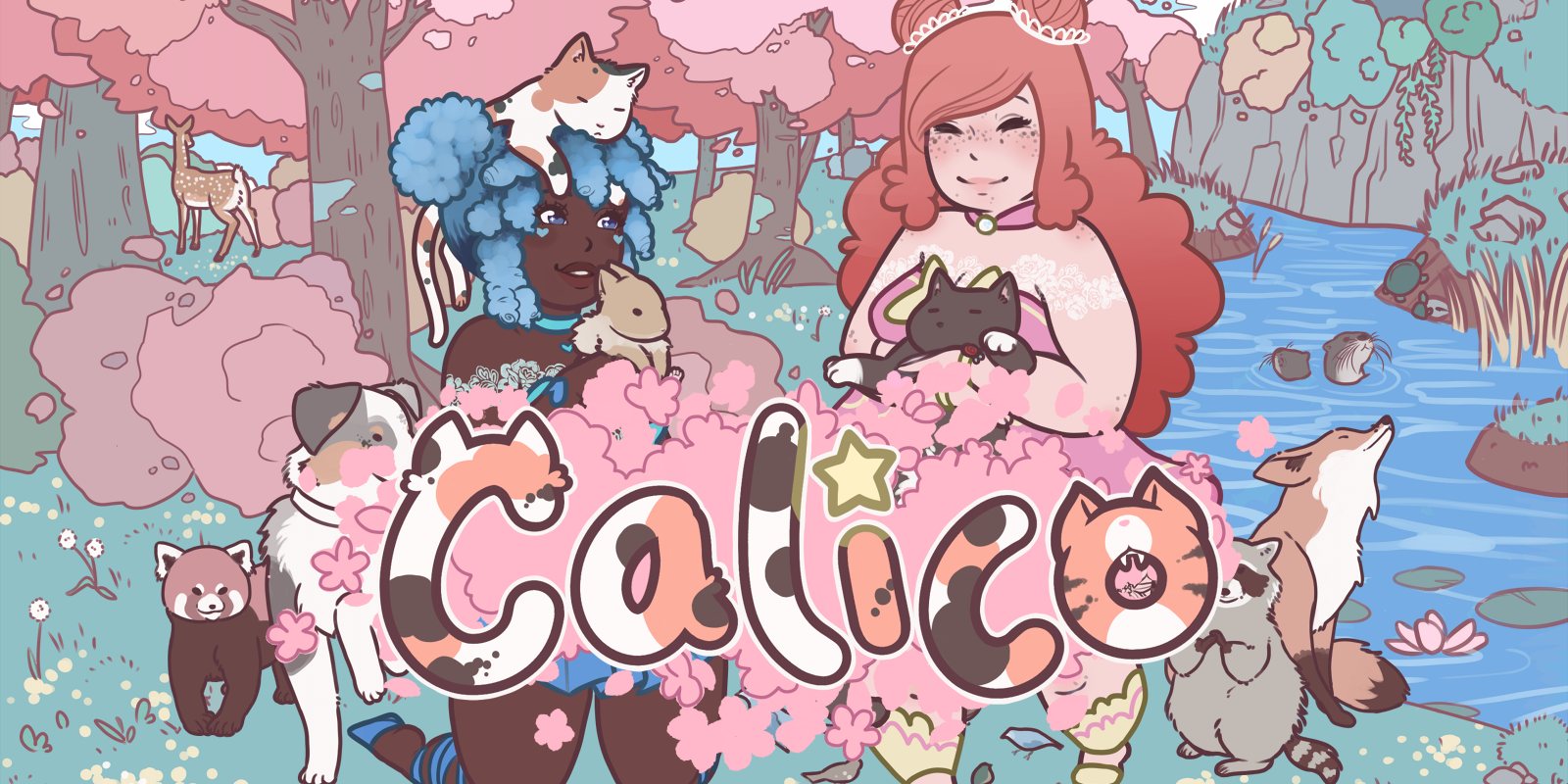 Frog platformer with a grappling tongue! 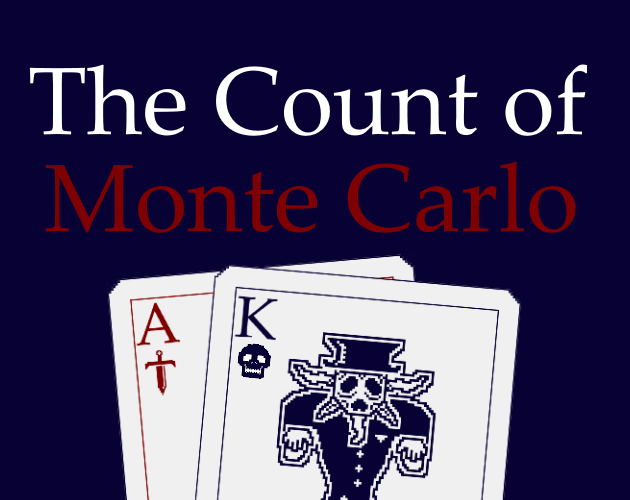 The Count of Monte Carlo by PhilBlank

Experience Blackjack like you've never seen before in this gambling RPG! 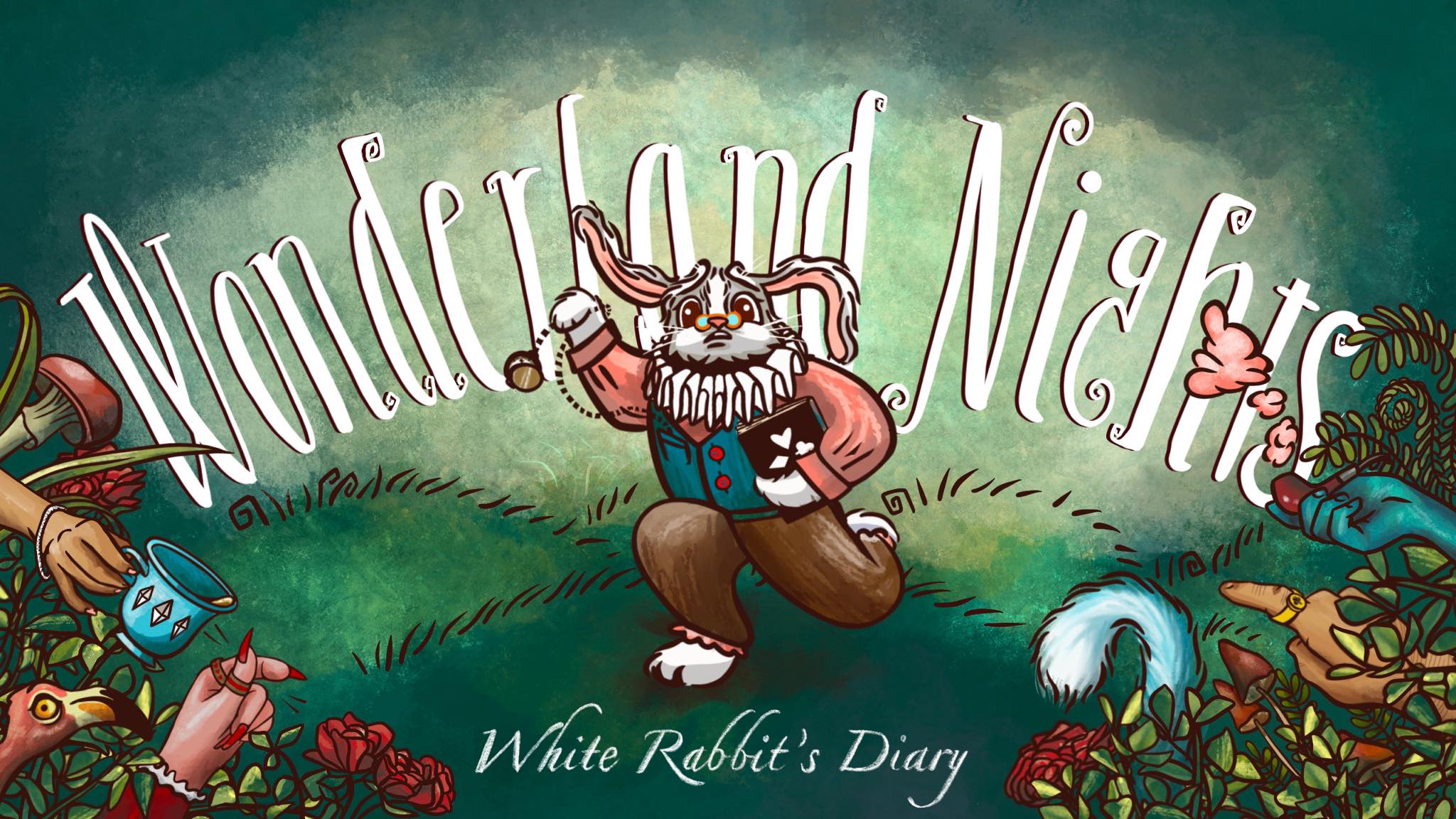 Play as the White Rabbit in a schedule-based visual novel game set in the world of Alice in Wonderland. 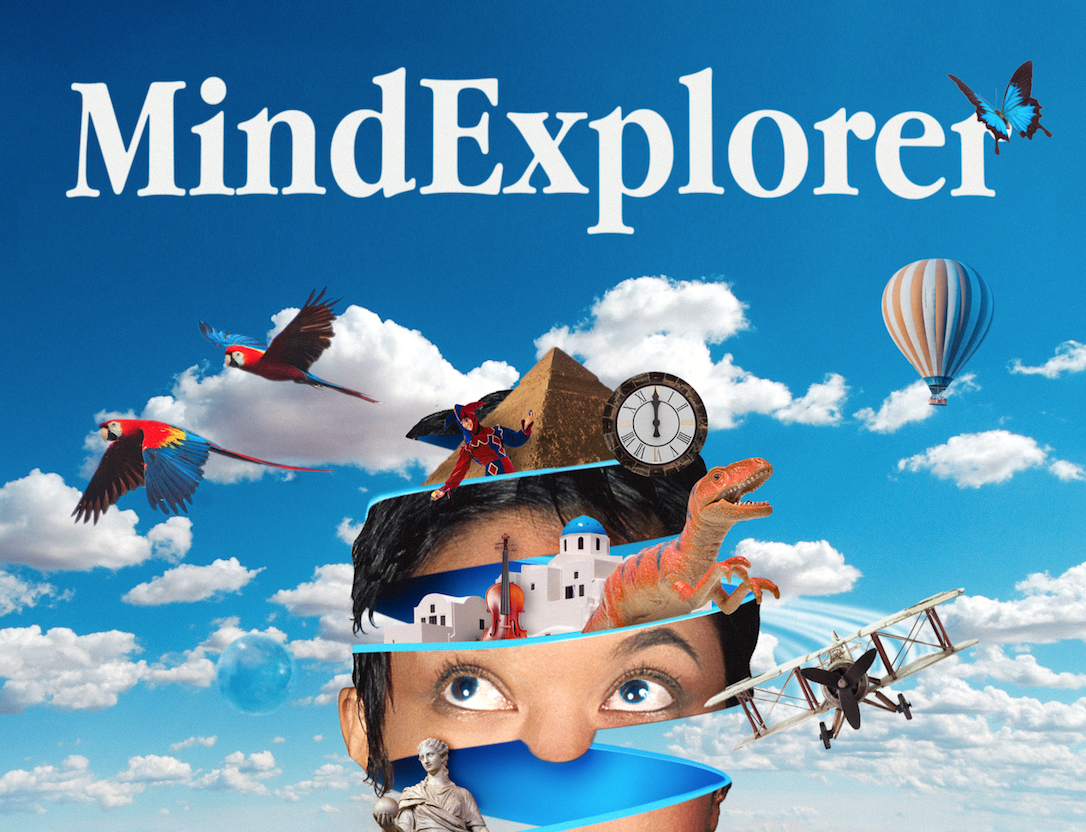 I tried to only include games that was not in last years bundle, there’s a few games that seemed to get some attention when they came out, like Calico, Cosmic Express, Fit for a king, Mini Metro, Smile for Me, Hacknet and The Count of Monte Carlo.

A lot of the games in the bundle are free or pay-what-you-want anyway, if you don’t have the money to spend there’s a few interesting titles to play for free by browsing the bundle.

Thanks @markwr and @blomvik for taking the time to highlight some of the games for us.

That’s really sweet of you

Very lovely games, but I might let this one pass. What I really want to get at the moment is Death’s Door, just waiting for the release.

Calico is in there. Dang.

You guys, get that one out at least. The cuteness of the pets is overwhelming!

The cuteness of the pets is overwhelming!

I just did a search for “squirrel”…Lots of squirrel games…

@markwr not sure if there are squirrels for pets too in Calico.

I have at least 1 squirrel game on Steam (that I can remember): Acorn Assault.

It’s worth it for the one game…

Smile for me was removed from the bundle as they only give away steam keys through itch.io and itch.io does not allow for steam keys as part of these bundles. Everybody who bought/claimed the bundle before the game got removed will get a steam key.

But this is the only game you play!

At least they get free nuts!

@Enki I plead the 5th! smirkles

I have at least 1 squirrel game on Steam (that I can remember): Acorn Assault.

Is that the game where you eat an acorn with salt on it (Acorn A-salt)?

s that the game where you eat an acorn with salt on it (Acorn A-salt)?

Don’t blame her at all…SMH

Another reason to get this bundle…
Pupper’s Garden 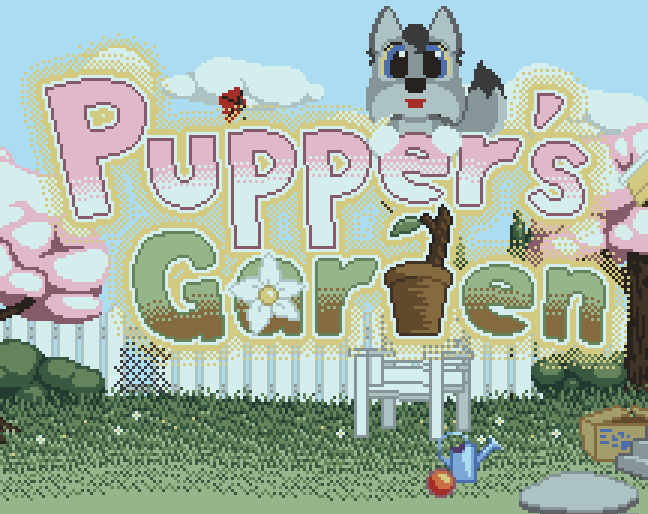 A little game about a little pupper with puppersized dreams ♥

Don’t blame her at all…SMH

I just googled SMH to see what that means. The first thing that popped up was:
“Sarasota Memorial Health Care System”
LOL, I guess you’re hoping they have a mental ward for me.

(ok, I should mention I looked at the other search results and found the acronym “shaking my head”)

EDIT: MY wife just told me she thought it means “So Much Hell”. Of course, you have to remember, she lives with me.