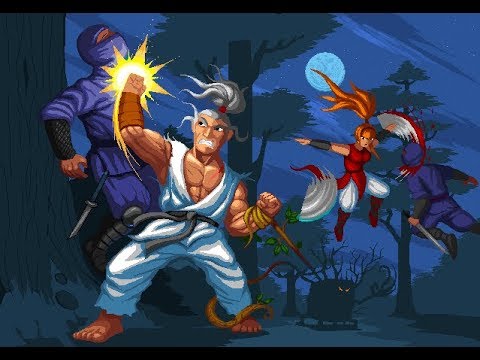 dang, looks like they need better pr, why is no one sharing this to the point where it would have 3x funding already
how does one contact all the youtubers and streamers to make them play this and cause awareness

I think it has a lot to do with people being burned on gaming kickstarters, even those that haven’t pledged before know of high profile failures.

A lot of people say not to pre order video games, kickstarter is next level pre order.

They aren’t even asking for much just £10 000, so good luck to them but I think the damage is done with regards to kickstarter and gaming.

Best Friends played it the other day, I’m kind of bored of the setting but it looks alright.

It probably doesn’t help that their big promo image isn’t as well-drawn as the in-game artwork ): Looks like their artist is good at sprites, backgrounds, and animation, but not so good with illustrations and faces.
I think they might’ve been better off using a screenshot from the game, especially since I suspect the look of the game is going to be a big selling point. But, hindsight is 20/20, can’t blame them.

I hope this does well! Though I have no interest in this game, I think I’ll signal-boost it on another forum.

dang, looks like they need better pr, why is no one sharing this to the point where it would have 3x funding already

If the project doesn’t get funded, we know who to blame…

Quit sitting around drinking espresso (Racheal) and playing with your dog (Eddie). Time to start promoting the hell out of this game!

If only TB would 'Ave a Gander, it would probably be funded by now

If only TB would 'Ave a Gander, it would probably be funded by now

after playing the demo, (which is awesome), i was thinking about sending TB (and couple of others) an unsolicited email to make them aware of its existence, just in case
i wonder if it’s an appropriate thing to do on someone else’s behalf like that

Glad to hear you enjoyed the demo Gnuffi

. I don’t normally preorder games or fund Kickstarters (iirc, the last Kickstarter I funded was the original Banner Saga) but this game does look pretty awesome.

I don’t think it would be inappropriate to contact your favorite YouTubers/streamers to inform them of the games existence, in hopes that they might cover it. People do that all the time. And I’m fairly certain the devs wouldn’t mind having enthusiastic gamers pushing their product for them.

Not sure how effective it would be. TB explicitly states: “The channel does not take requests.” However, this game does appear to be right up TB’s alley. We know he enjoys spectacle brawlers with stylish combat. He has previously covered similar games - 2D beat em ups with fighting game mechanics - like Phantom Breaker: Battlegrounds and Abyss Odyssey; as well as martial arts themed brawlers like Kung Fu Strike: The Warrior’s Rise and One Finger Death Punch.

Though one would assume that the devs have already reached out to all the big channels, right?

Though one would assume that the devs have already reached out to all the big channels, right?

The suspense is killing me

Looks like it will be funded. If anyone here contributed

Another OMG, the feels this gif gives, highs and lows and then the end… amazing

GORGEOUS GLORIOUS (and all the big G Words that stands for the GREATEST things)!