I have a rather specific, obscure but very important to me question.

In short; can you play og Wii games (specifically Wii Sports) online still? I have googled and I’m getting very mixed results, mostly very out of date, although some from after the 2014 shutdown of the proper full Wii Online service. Meanwhile, I’d like a definitive answer asap.

Why? My mother is 71. We’re in the UK and due to the Coronavirus, she’s self isolating. My mum was never one for games particularly, at least until her partner bought her a Wii when they were the new and exciting thing. We all took to it, even mum!

A few years later I took it a step further and got a Kinect for the Xbox. We now take practically every opportunity to have a games night where several of us get together (3 out of 4 of the usual participants are over 60, plus me) and play a round of Kinect Sports bowling, a round of Wii golf and, if we’re not too drunk by this point, a game of Kinect darts. We have a lot of fun and its a great way to spend time chilling out with music on in the background and beer, wine and plenty of snacks. This isolation destroys all chance of that. I have 2 primary school aged children and really need to be careful and stay away.

The current advice in the UK is that she should self isolate for 3 months. She lives nearby so I’ll be sorting out food and care package deliveries, but it would be absolutely fantastic if we could get a few games in to keep her occupied for a bit too.

I’m already racking up an Xbox Live account for her, but of course, that leaves one game from our roster missing. Sooo - does anyone have any idea or recent experience of whether you can still get connected for that somehow? I’ve never needed to try, as we’ve always met up for these events, and the current mixed reports are confusing me. Any help or info very gratefully received even if its just a flat ‘no, that won’t work’.

As far as nintendo goes it’s all dead but there are ways to get online for a few games. I know Mario Kart Wii and Smash Brawl have private servers.
Did Wii Sports even have online? I can’t really remember but I wanna say it didn’t.

Even then it is possible to play local only games online through the Dolphin emulator. But if setting up 2 PCs with the emulator is out of the question you might be out of luck.

Ahh thank you, I’d been looking at Wii Online connectivity only, I hadn’t thought to check specific title support, guess I just presumed they all were supported and thus either all would or wouldn’t work. Quite the oversight on my part

And it looks like you might be right. Thanks again for your input, I feel like that’s pretty much the no I was expecting. I’ll keep digging but hey - we both have a wii and a laptop with skype running so at the very least we can do individual games but ‘together’ that way and compete

Edit to add: Thanks for the tip on Dolphin. I have that running on my PC for a very different oscure reason, and my mum has teamviewer loaded onto her laptop for me to remote control it, so I might actually be able to cook something up with that. Thanks again!

Here’s a simple video of the steps needed to get it online, 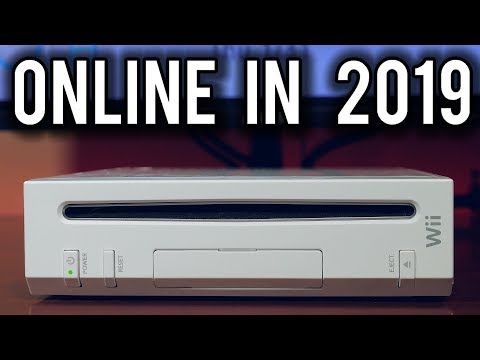 You might not be able to play Wii Sports but there are a good amount of games you can get online.
No problem and good luck!

You’re a superstar, thanks so much