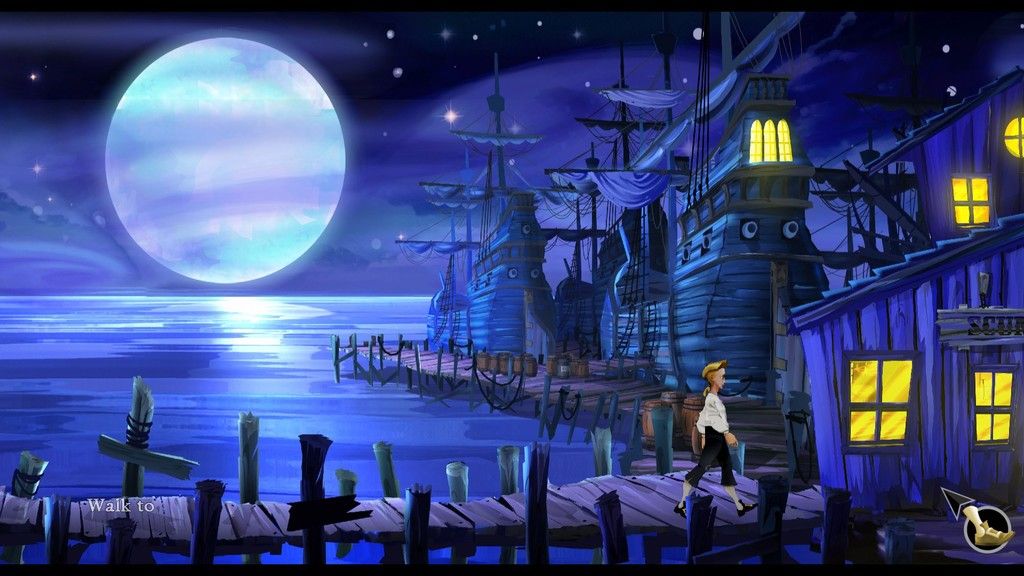 From the comments it seems that Escape from Monkey Island is the worst of the off the series…??? Opinions???

I wouldn’t say Escape from Monkey Island is the worse, but like everything new devs try to do - going full 3D for this one - it got torn apart by the fans. It’s fun though, but has some even more unintuitive puzzles compared to the previous games… and yet this is a trademark for the series to be different and funny.

I HAVE BEEN SUMMONED

Tell Tale, recently: ok, we pulling our games from the store
Me: that’s cool
Tell Tale: including Tales of Mon-
Me: YOU WHAT
Tell Tale:
Me:
Tell Tale:
LucasArts: hi
Me: SHUT UP I’M HAVING A FIT
LucasArts: ooookaaay thennnn I’ll just put Escape from Monkey Island on the Steam Store quietly, then
Me: YOU WHAT

Sorry I’m too biased. As in: I’m up to my hips in biasedness.

But, if anyone cares despite that, from best to not best, in my opinion:

Depends on how much you want to get cooked to a crisp once you arrive.

No, I feel like I need to actively refuse, I already did something with you on it, no, just no

Elmo will hunt your dreams, @Inferry. Watch your back.

Out of the series itself it definitely is the weakest. However it doesn’t make it a bad game at all. If they stuck to Curse of Monkey Island play style, I would say the entire series was perfection. I think the story, characters and pacing of the game is similar to the other 3. It’s worth the pick up on top of the other games in that list.

y but it’s also not well-optimized for modern systems. I got the collection and the last one would launch in a resolution which didn’t fit my screen (part of the image would be off-screen), and u cant actually change the resolution ingame nor in the launcher which comes with the game, so then i downloaded some launcher which allows u to do that but on most resolutions the game wouldn’t launch and then it would on some once i set it in compatibility mode and launched as admin, but it would often crash, so i ended up asking for a refund for the collection and just bought the first and second at 65% off and i’ll probably get the third one too once a better sale comes along, though i do hope they just remaster the third and fourth so i could get the remastered version one day.

I HAVE BEEN SUMMONED

I feel like there should be a counter on how many times you will be using Demon Elmo in the future. Either that, or turn this into a future drinking game. While barely used now, I suspect this will be a recurring thing soon.

(Also, now I have to check which games I have on GoG before purchasing whatever is on Steam.)

I actually enjoyed Escape from MI more than Tales. While Tales looked nice, they often felt boring and like a chore to play. Beautiful locations don’t compensate lazy jokes and puzzles, IMHO. If I remember correctly, the river with time labyrinth was in Escape, too, and it was lots of fun. Sure, the game’s looks are horrid. But, for example, Final Fantasy VII looks way worse for me, yet I know people enjoyed it.

Still, won’t buy it again, at least for now. The price in Steam is too high considering they most likely didn’t adapt the game to modern systems even in the slightest.

I got mine to work just fine with no issues. So I personally can’t attest to that being the problem with the game. Luckily with steam if you cant get it to work, you can refund a game within 2 weeks(1 or 2 cant really recall) with under 2 hrs of play. So there’s no real risk involved in picking it up IMO.