That being said, they could have taken the money and run, but they didn’t, so credit where credit is due, they did keep working on it, quite hard too I think, and I do believe they ended up making a very good game over time (though way overdue), one I still hope to play one day, as I have been ever since Sean Murray took me on a trip to my childhood’s dreams many years ago at E3.

This looks like it could be genuinely fun if it’s done well. I’ll wait until the update actually drops (July the 24th, folks) and the reviews start coming in before getting excited about it, though.

The game is seriously expensive here in Brazil – and anywhere else, tbh, just pointing out the usual regional pricing failure – and I wouldn’t buy it at full price. But even at 60% off (its all-time low) it still feels like money thrown out the window.

As someone who lives outside of the US, I’ve grown wary of multiplayer servers over the years, especially right after a launch. To top it off, most of my Brazilian friends don’t own No Man’s because of the price as well.

Let’s hope they can handle the multiplayer well on a global scale, and that the update brings us closer to that game that was promised years ago.

Thanks for the reminder, @harith!

50% off atm; I got it and it’s just pure pleasure and wonder till now (7h in), we’ll see if that lasts, but now I find myself wondering why i didn’t get it earlier (and cheaper)

I love no mans sky.

and have done since its release.

Hello games only lied in the context of misrepresentation.

they made it worse by adding multiplayer.

they made it worse by adding multiplayer.

y not interested in that at all, I just kick random ppl who join my game (especially when they have their mic open and are like: “yeah, i’m opening the game right now, yeah i’m gonna play it now” and then they rejoin 2 min later: “yeah, i opened the game again, no i haven’t started yet, but i’m gonna start now” i’m like dude piss off and kick him again, lol)

Hello games only lied in the context of misrepresentation.

you got the joke! good, it was a risky joke really xD

So how is it? I like the idea of a space game, but I’m definitely a story/mission/gameplay rather than explore, wow, slow and sedate pace kind of guy. Which means the words “procedurally generated” almost always (leaning more towards the always) turn me off. Plus I’m very, very, very seldom a multiplayer gamer.

What are you getting out of it, and why do you choose to play it?

I’m definitely a story/mission/gameplay rather than explore, wow, slow and sedate pace kind of guy.

you wont like NMS then, exploring landmarks and being astounded is more than 50% of the gameplay.

Well, as soon as it was announced it was basically my dream game. Sean Murray said it was his dream to make this game due to what he used to experience and imagine in sci-fi as a kid growing up, so it’s basically the same for me. I rly love picking up 1 word of an alien language whenever i can and it rly fills me with joy each time, lol. I imagine the game can become quite repetitive over time but that goes for a lot of games, and I’ll see, I’m not sure whether i will feel that way about it. In any case, at the moment i’m just too excited about all the things i’m slowly discovering, and it surely does seem like there’s a huge amount of content there, and there seems to be a story there too, slowly unfolding, i don’t know, maybe it might be a bit similar to Subnautica in that aspect. It’s kinda grindy too, but that’s not always a bad thing either.

And the idea that maybe one day someone will stumble upon a planet, plants, and creatures first discovered by you and that the game will inform that person of that is kinda mind-boggling too i feel. So far I rly love it.

y not interested in that at all, I just kick random ppl who join my game 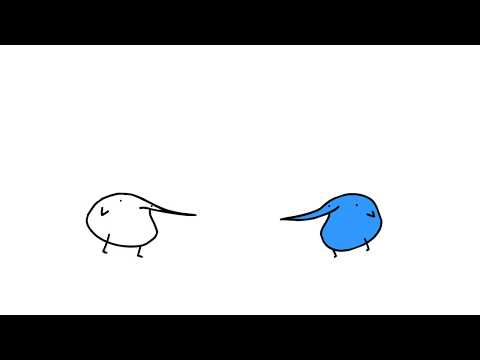