At around 29 seconds of the video there is a song that I can’t find the name of. It’s driving me insane. If anyone knows it or knows what I could use to find it, let me know. Since it has no lyrics and it’s NES music most music finders will not have this in their music library. I’m thinking the music could be from a Hal Lab game. It has a Kirby’s Adventure style of music which was why I started looking at Hal Lab games. 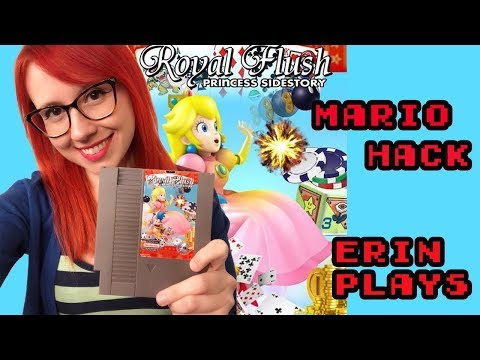 Have you tried asking the video creator? Since they added it to the video, they can probably tell you what it is.

I don’t feel super comfortable with that since I brought this here instead.

I don’t really even know how to contact them. I’ve never had to really do it before.

I don’t really even know how to contact them. I’ve never had to really do it before.

Yeah I might just have to. Better than putting it somewhere more public. I’ll wait a little to see if anyone here can help first.

@Koroth worry not, I asked in your stead

What do you mean?

Where did you ask or who?

Just posted a comment on the video addressed to the you-tuber, nothing to worry about, it will either get answered or ignored, although if someone else gives the answer before that happens, well that will be it.

That’s very nice of you, but you didn’t have to do that. I checked earlier to see if your comment was on there because I assumed you meant you left a comment or contacted them and I didn’t see anything. You under a different name? I’m just curious at this point, not trying to haggle you.

I’m the same everywhere, if you see that chap’s smug with the name on it, is most definitely me.
If you didn’t saw me, that’s probably because is under someone else’s comment

Anyways, here’s your answer, directly from Erin Plays herself:

That was fast. Thanks so much! Your so nice, really.

No problem, always glad to be of help

I did find your comment. I was like where are you lol. Thanks again. I have heard of Panic Restaurant and it’s pretty expensive and rare. Have never played it, but I remember the music being great.

How can you remember the music being great without having never played the game before?

I didn’t knew it was rare and pricey, neither can comment on it’s music, I entered the gaming scene proper with the PSX, and chip tune has never been a favorite of mine, thou I have found one or two that sound quite nice.

I’ve listened to the music before and have heard of the game a long while back. I love chiptune music. Some styles of music are not for everyone though. I started really getting into games within probably the past 5 years. That’s a pretty vague estimate, but anyways. I have played games before really getting into them, but that was when I was a lot worse at them. Still a lot of fun back then.

Which of the chiptunes do you like and what other kind of music?

I looooooove instrumental music, anything from classical to soundtracks.

I’ve a pretty active imagination so if they can make me think of something cool I’ll love the thing even more, my favorites are the ones that either start low and slow, and then develop into this amazing arrangement of very energetic music, or the ones that have this certain sentimental undertone to them.

Regarding chip tune, I couldn’t tell which ones they where, random YouTube videos you see, never keep notes on them, sorry about that, although I once heard some Bloodborne tunes made in 8 bit, those where nice too.

Lately, I’ve been listening to Japanese pop, rock, and traditional music as well.

If a game was released on an older system like the NES and you know a bit about computers you really don’t actually need to buy it, especially a game on the FamiCom, the Japanese equivalent to the NES. Firstly, if you do have an actual NES the game cartridge won’t fit as the NES and the FamiCom have differently sized and configured cartridges, not to mention the game is Japanese so unless you can read Japanese you really can’t enjoy it that much. Secondly, if you’re on a computer you’re better off finding a ROM dump of the game and playing it on an emulator. And what’s even better is there is an English translation patch for the game too…

But as ROMs and emulators are sort of under a gray area in other circles, I’ll leave it to you to delve even deeper

RFE: Had to remove the link.