HEROES IN A NO SHELL

There is unrest across the world! Militant facists have teamed up with space aliens, zombies, and mutants to take over the world! Even mummies (and dog mummies!) are in the mix! Their weapons can turn you into a mist of blood and flesh! Giant walking automatons are moving against our peace-loving coastal shantytown! Is there anyone out there that can help? What? No, not you guys! I wasn’t talking to you. What can four regular unassuming snails in eyeglasses do about it anyway? (Cue dope music) Don’t you think it’s time for those shells to come…off? (Guitars start wailin’)

For one late night, as the comet Metallica flew across the sky, four slow-moving snail teens were hit with a bolt of radioactive space energy which turned their skin to steel, made their shells fall off, and filled them with the righteous power to topple all the world’s evil, ushering in a new age of peace via blood-hungry gastropod! It’s the Metal Slug Pack! And whether they’re destroying war machines with endless homing missile barrages or just eating so much food that they physically change form, they’re here now to protect us, and they’re here to stay!

(Legal Note: Shortly after reading these two short paragraphs, it became painfully obvious to us that our copywriter has not only never played these games, but also didn’t even bother looking up any sort of real synopsis. We think he saw a screenshot or two because he got some of the enemy types right, but don’t worry, there’s not four bestselling games out there about a team of gross anthropomorphic heroes who evolved out of an unexpected type of sewer creature to fight evil. No one would ever be into that.)

(Also Legal Note: we had not heard of the Ninja Turtles before making that last joke. All parties involved have now been educated and prosecuted to the fullest extent of the law.)

The official trailer for METAL SLUG: 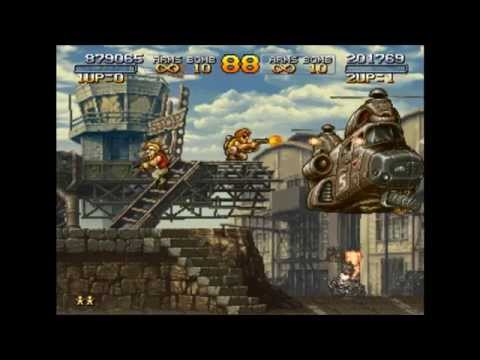 The best Run n Gun series of all time, yes even better than Contra.

Oh no you didn’t, I got this last month and I could’ve gotten from you guys, REEEEEE

I got two copies the 1+X pack when Chrono had that, and now this is a better value ;_;

But hey, at least hopefully you got to play the games earlier :D?

Is there a way to ask for a refund on this?

I really feel ripped off here!

It was just $4 yes, an 87% discount, but none of the titles are playable!
I mean literally the character stops and stutters while the move button is pressed, sometimes you can move while shooting, most of the time you can’t, and the other times you can’t move at all.

So instead of a great deal on some retro shooters, now it seems like I literally just wasted a bit of money for no reason as all four games are broken.

Again, I feel ripped off!

Shoot an email to help@chrono.gg

However, I’d first suggest looking into solving the problem by looking at steam discussions or googling it. The problem here is that though I wouldn’t be surprised if the good peeps at Chrono did refund you, it’s not like they can actually take the games back either.

It could also be argued that maybe you should’ve researched your purchase a bit better before committing to it. It’s not like Chrono made the game either, so I don’t think they can be held accountable for this, but like I said, I wouldn’t be surprised if they did refund you, even if you get to keep the games after all.

Thanks for the tip!

I did research it, and you’ll notice that that those are just a few comments complaining about the controller out of many others who never mention it.
So I did do some research, but no amount of research would’ve ever led me to believe this would be such a problem given how few people had this issue.

Anyway, thank you again for the advice!

I just want to say nice job @M00 for being very helpful in providing available options to resolve this matter.

Sorry to hear you were hit with uncommon control issues (I thought I recall hearing this was a thing at launch, or perhaps I was thinking of something else, like frame rate or whatever). Like @M00 said, talk it over with the folks at Chrono.gg, and as long as you stay cool (which you already are), their service will convince you they’re good people who believe in honest business practices.

My god I love the Metal Slug series. They’re insanely fun, but brutally difficult. Totally worth getting if you don’t already own these games. They are incredible. I love the arcade style gameplay, but without free play these games are for masochists. You will die A LOT. But trust me, they are worth it either way. Just talking about these games makes me want to play them right now and I probably will. I’m crazy about these games. I love them to death!

* sweats profusely as it types with its hooves *

* gulps down and calls dog and cat on Skype *

I know, really…But the cow is correct… cows are so dumb

yes, they are, and that’s if they ain’t flat out crazy

For me it was fine, the only issue is that it wouldn’t set the controller for player two when selecting that option in the menu. I had to manually edit the config files and change the controller to P2 so I could play with a friend. Both mouse+keyboard and the xbox controller controls worked fine.

But yeah you can ask for refund …i guess…

I still feel bad to hear some of us have this issue. I mean, we want everyone to enjoy their purchase right? Money isn’t easy to earn/save.

That said, the thread sure went in a weird direction. Sigh, I love this community.