Celebrate the legacy of MapleStory with our first-ever MapleStory Fest, live in Los Angeles on Saturday, April 14, 2018.

Is MapleStory 2 North America/Europe being announced in April?

Could Nexon America be about to unleash the English version of MapleStory 2 to the world? 'World', as in North America and Europe?

I’m not sure if anyone is interested in Maple Story 2, but I thought this was interesting. I’m also noticing it’s way easier to get people’s thoughts and opinions on things here in the forum than in the Discord sometimes

Basically, Nexon will be hosting an event called MapleStory Fest and will be celebrating MapleStory and doing Q&A. This big question that most people likely want to know though is… when is MapleStory 2 coming out? And is it region locked in some way?

Is anyone looking forward to MapleStory 2? Did you happen to play the first MapleStory game or have any stories about the first game?

I originally played it back when I had a hand-me-down PC. Pentium 4 w/HT and I don’t even remember what the GPU was. I’m sure it was pretty bad since it was just a “family PC”, but it worked well enough for things at lower settings. I also remember being completely lost on where to go, where to find items, where to level, how to allocate stat points properly, which skills to get, and pretty much everything in general. I had no experience with typical MMO jargon either. It was a mess of a first experience, but I still loved the art style and the music in the game. The music has a way of really hooking me in games like that.

Later in life, I met a girl in undergrad that still played it, surprisingly. I didn’t think I’d run into anyone that played that, let alone PC games in general. Most people at that time were still into console gaming which I think is why I heavily gravitate now to just playing with people online that I meet because it can be a real chore to find PC gamers in real life even though there’s apparently so many the way that Valve is making money

You can not even imagine the nostalgia I felt seeing this post,

, Maplestory was one of the games that accompanied me most during my childhood, and where I had the opportunity to meet one of my best friends during my fundamental (in a conversation I commented with him that I was a fanatic about the game and he turned out to be even more fanatical than I

}
unfortunately during a period I stopped playing and ended up coming back at a Christmas event I ended up being banned from the game… The event was bugged and the GM (Game masters) were banning all players who tried to take advantage of the circumstance, for my bad luck, was to do a Party Quest and one of the guys, was trying to get more exp using the problems at the time and I ended up being banned together … not long after the server in Brazil ended up being closed

Years later I discovered that it was possible to play on the European server and I decided to make a try, but, it was not the same thing .-.

And although I’m not as fan of the franchise as one day I was, this event that will happen my brought wonderful memories about this period :3

For all those who had the patience to read, sorry if was confused, but since I do not master practically anything of the writing in English I just need the google translator

It was plenty readable to me. Thanks for sharing! What was different about the EU server and the Brazil one?

I’d always heard about maple story but never really played it. Could you describe it a bit?

I’d describe it as a 2D side scrolling MMORPG. Think movement similar to a stiff version of a megaman or castlevania game but with a heavy fantasy tone. It’s been a while since I’ve played it, but that’s what I got.

The main difference between the EU and BR ?, Well… I believe can be summed up in two things.

First of all, the number of events that exist in the EU is enormous when compared to the Brazilian servers. Typically, there were 5 events per year (3 of them are typical, such as Easter, Christimas and Halloween), while in Europe it happens after a an event that lasts around 3 weeks, immediately begins a new one

And the other most striking difference is the amount of content that diverged between one and the other, when I started playing there were only 4 classes (the explorers) and some of their respective promotions (the classes were not complete) and a good time later was added or “Pirate”. Already in the EU, I got lost in the number of classes available kkkkk, I never imagined there were so many, in addition to a relatively larger variety of missions.

Never actually got into Maplestory. Even with all the ads for it everywhere and close friends recommending it. At the time i already had AQ That was my mmorpg fix at age 12 and no money.

But yeah! Would not mind trying it out. Really nice artstyle compared to AQ.

I forgot to update this, but they have opened up closed beta sign ups: 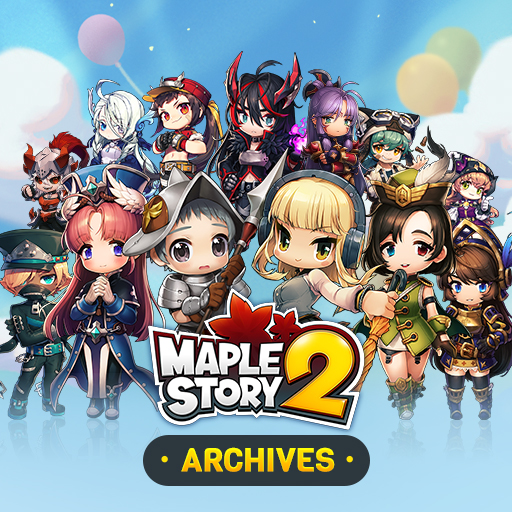 Remembering MapleStory 2 through its charming and visually stunning art and music!

There are also activities you can participate in to solidify your position in beta and unlock rewards for the official launch:

Remembering MapleStory 2 through its charming and visually stunning art and music!

Just as an update, I’ll be on NA East when the game goes live. There’s no launch date yet, it will be announced in a week or two, but if you’ve bought a founders pack you can reserve a name between now and launch.