large-scale structure of the cosmos

I was talking to someone on my Discord, and they asked about the large-scale structure of the cosmos, and if it’s similar to a spiral. This was my answer, which I’m posting here cause I think you guys might find it interesting:
The honest answer is that we don’t yet know. If you try to look farther than 46.5 billion light years away (to see the grand scale of the cosmos), you won’t see anything, because light from beyond there hasn’t had time to reach us yet. Based off of what we can measure, the universe is fairly “flat,” in that spacetime doesn’t seem to get warped near the edges. That means that if it does form some structure, it would have to be unimaginably massive beyond what we can see. The structure of the galaxies forms an intricate fractal “spiderweb” (that’s what it looks like to me at least), and figuring out the reason for its structure is what much of modern astrophysics is studying.

so tl;dr probably not, but shouldn’t be ruled out either
here’s some fun wikipedia pages if you want to delve deeper: Cosmic voids are vast spaces between filaments (the largest-scale structures in the universe), which contain very few or no galaxies. The cosmological evolution of the void regions differs drastically from the evolution of the Universe as a whole: there is a long stage when the curvature term dominates, which prevents the formation of galaxy clusters and massive galaxies. Hence, although even the emptiest regions of voids contain more than ~15% of the average matter density of the Universe, the v... This is a list of the largest cosmic structures so far discovered. The unit of measurement used is the light-year (distance traveled by light in one Julian year; approximately 9.46 trillion kilometres). This list includes superclusters, galaxy filaments and large quasar groups (LQGs). The list characterizes each structure based on its longest dimension. Note that this list refers only to coupling of matter with defined limits, and not the coupling of matter in general (as per example the cosmic...

Also, this is what the universe looks like on a logarithmic scale, with us as the center:

Something that always freaked me out was the concept of the ‘Observable Universe’ as in so far away we could never see it… and don’t even get me started on dark matter. shudders

I find the universe to be a delightfully creepy place

Astrophysics is definitely in my top 100 favorite topics haha. Too bad I HATE math lol so I just follow the general concept and accept that it’s beyond my understanding lmao

So then on the outside of the edge of the universe is there something or is it like a wall (at least in terms of our ability to perceive things outside the edge)?

… anyone else thinks the whole “Universe” thing is just a scam, -and that’s actually just a rock cut in half? 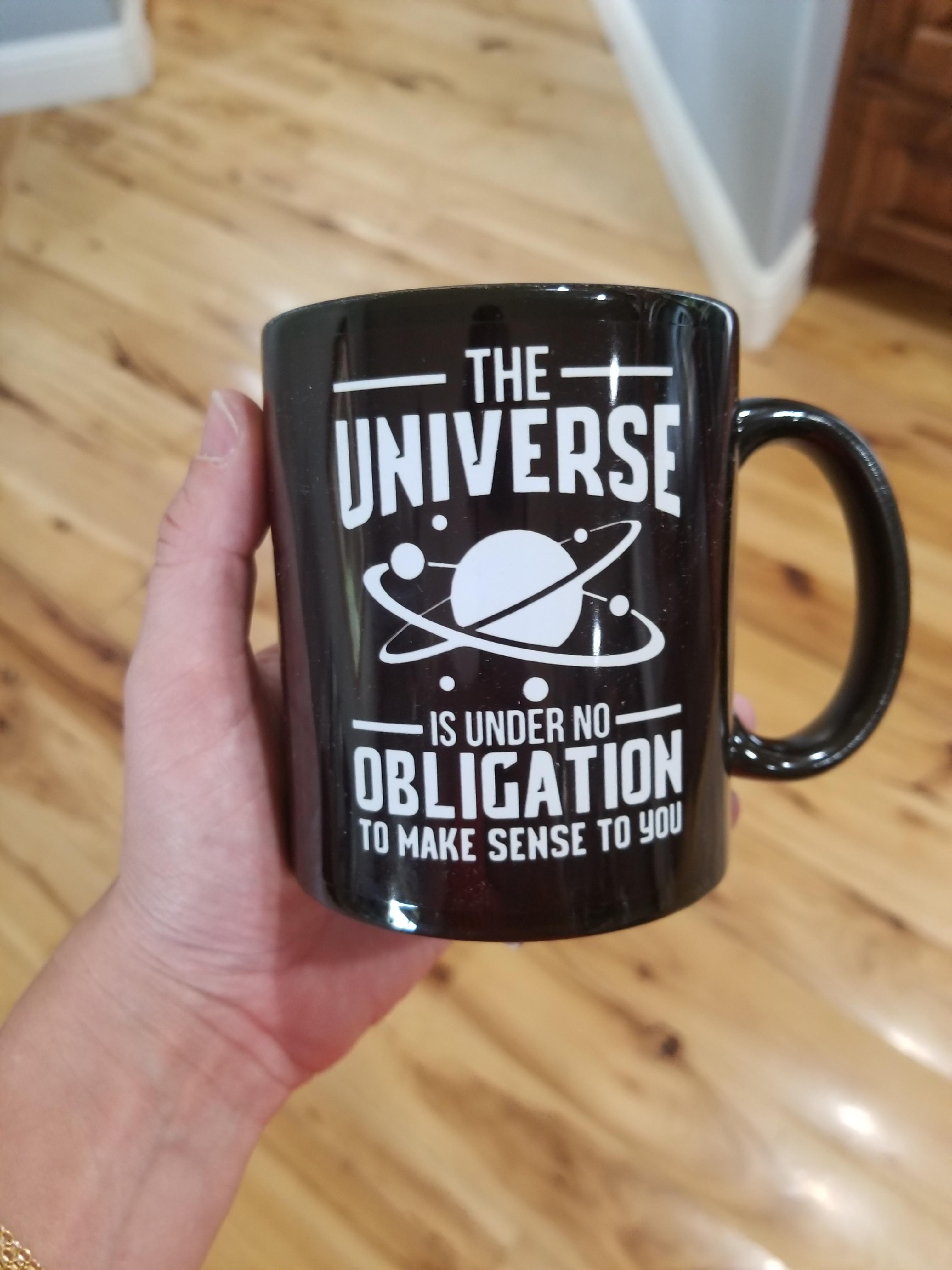 dude, where is the thing that is going to happen to the thing?

and where’s my car? 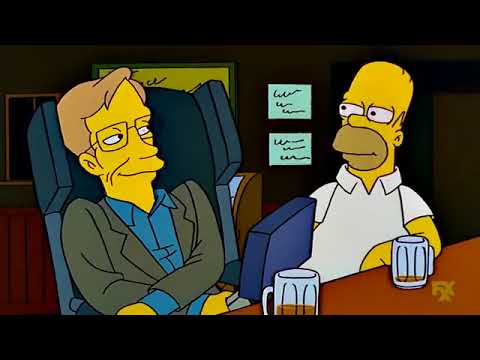 Same here really. I’m super interested in all things astrophysics/cosmos but i do not have brain capacity to grasp it beyond just general ideas and concepts . Math is my weak spot.

Current understand of the universe suggests that it has no ‘end’ . It’s just that speed of light limits us from receiveing any information from outside that boundary ( that’s why it’s called observable universe) ever.

Most popular idea is that geometry of universe is ‘flat’ (though you need to understand that flat has different meaning in this context) which in term means that universe is endless. Or well at least so large that we cant detect any curvature.

Delenn’s view of the universe: 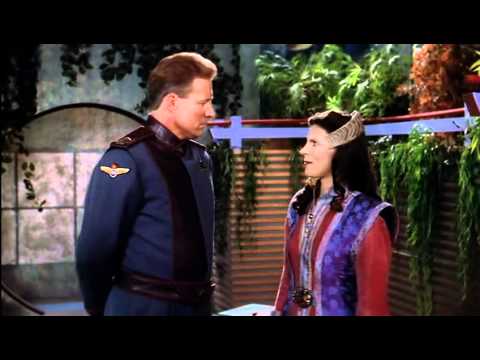 Yes, i know JMS stole most of that from Carl Sagan. But JMS and Mira Furlan tell it so much nicer. I so miss Babylon 5.

Is anyone else excited to finally (eventually) see the James Webb Space Telescope launch?

The thing that always confused me was not that “The universe is expanding,” instead I wondered “Where is the universe expanding from?”

You read about how everything is moving in some direction. I wonder "Is there a place where the Big Bang happened? Where is it? Once everything moves away from that Big Bang area, will it become emptiness that gradually gets larger and larger?

It’s not expanding from somewhere to somewhere. Space is getting bigger. All space,everywhere … it’s just expanding in all directions at once from all points in space. It;s not that edges of the space is expanding,all and every space is at once.

'Bit confusing but that’s how it’s generally is. Only in regions with dense enough gravity ( like galaxies ) gravity can overcome this natural expansion of space and things are staying more or less together.

And your question about big bang. Well it happend everywhere at once because that’s how big universe was at that moment. You probably seen those little animations of a big bang when it explodes and boom we have a universe? Well they are really really wrong in one aspect. You couldnt see it in any way because where was no place to see it from. Where was nothing . We also have CMB ( Cosmic Microwave Background ) because of this , big bang happend everywhere.

You couldnt see it in any way because where was no place to see it from.

But there has to have been a place… Maybe not in the sense we are used to it, and certainly not in a sense that a person could survive there to see it, but if a tree falls in a forest it still makes a sound. So if the universe explodes, shouldn’t that phenomena occur within something? I am not saying it has to be space or anything we are familiar with, but conceptually speaking there should be a universe precursor even if it is a void of antimatter or something.

Welp as that image of a cup saying ’ the universe is under no obligation to make sense to you’ in a post above says … human mind really cant wrap it’s head around concept of real nothingness as wen cant imagine 4th spatial dimension for example.

Things has to be … somewhere right? But well , there was nothing before big bang and space didint explode or expand into something. Just in itself. Well at least according to most popular and best working idea we have today. I’m not a creator of universe so i cant tell you for sure

My biggest issue with the Big Bang is that it’s supposedly came from a point smaller than a pencil tip or something like that. I would love to know that I was misinformed honestly.

Seems a bit odd. I think the issue with trying to find the precise “location” is two-fold. One, the whole thing that spacetime is expanding. Two, supposedly after the big bang it was just a giant blob of hotass gas/plasma/whatever it actually was. Makes it hard to find it.

The thing is, there is just so much that we don’t understand about the universe, either by not being able to see it yet, or because it happens in the scale of millions of years. It is highly likely that something that we don’t know yet completes the “puzzle” or at least completely changes how we think everything works/worked.