I found that Konami (Yes, Konami is a former shell of what they used to be, and that’s putting it extremely lightly) is having three Anniversary Collections. One being for arcade, another for Castlevania, and one more for Contra. Now Konami is the bane of the gaming world and those awful Pachinko machines can go burn, but the games are still great. For those of you who may have not played some of these games, (like I have, especially the arcade games, which I am far less excited for) it is a perfect chance to try out some of these games for the first time, or the millionth time. If you like Konami’s games whether it’s for Arcade, Castlevania or Contra, I would at least take a look if you are interested. The arcade collection just came out on April 18th, so I am a little late on the news, but I just saw it today and thought I should let some of you folks know who are interested.

For those of you who are interested in these collections or just enjoy reading articles, I provided one about the collections, and one about the lineup of games for Castlevania. The articles are rather short, but they were the first articles I came across and give enough information about the games.

Castlevania and Contra Anniversary Collections are coming to Steam 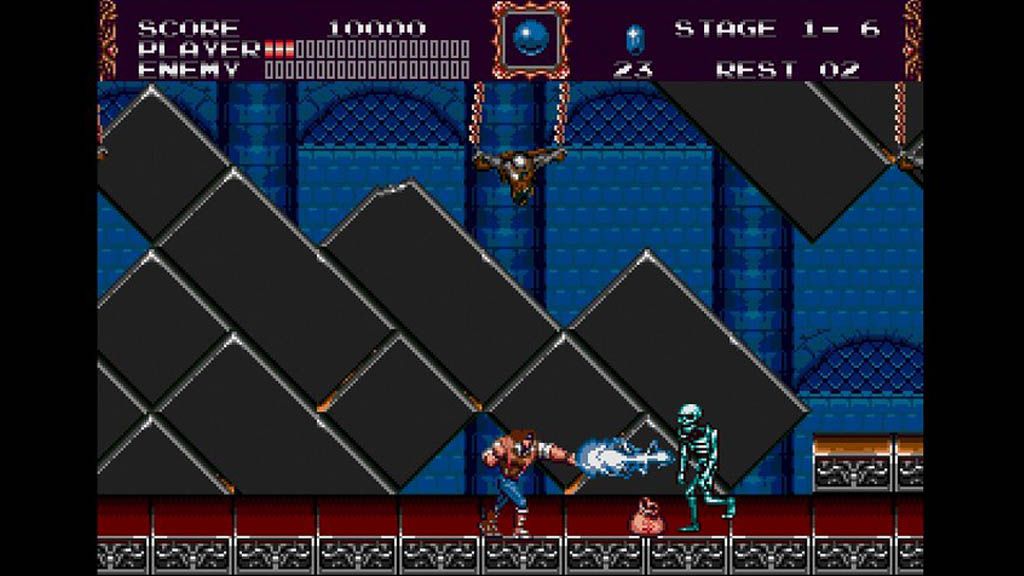 It's out next month.

My offer still stands… it’s not too late.

i can’t help but feel salty about their anniversary. I understand that most big publishers have to make decisions that make them look like Global Evil Inc. That’s ok, these are their games, their profits, they are in their own right.

On the other hand… Konami killed off Silent Hill and degraded Suikoden series to slot machines because business. These were two of my favorite franchises ever. So I cannot be excited about their anniversary, or about their nostalgy cash-grab collections, or whatever. BOOO, Konami.

If you love Konami or just look forward the collections, it’s great though, not trying to offend anyone here.

I love the idea of these collections, but Konami’s recent history does not fill me with hope. I’ll wait a while after they’re out and see how good the ports are, whether there’s any shady stuff, etc. Even if the collections turn out fantastic, I’m reluctant to give Konami my money, given how they treat their employees.

Too bad it’s not the godtier ones from GBA/DS and PS1 era. But hey, that’s something!

Konami’s awful now which is unfortunate because they USED to be amazing. Now they are just known for getting rid of Kojima who is making Death Stranding which I’m sure is going to be amazing. Konami is such a hated company now and it’s pretty sad, but it is their own fault. I don’t support Konami at all, just trying to bring the news to those that are interested despite Konami’s horrible reputation.

aren’t Konami those sourpuss guys that deleted a demo just because some guy, (they wouldn’t allow get a participation diploma), didn’t work for them anymore?

no idea, never heard of them

, -so probably not worth my money

ugh cause Konami, but that castlevania collection is really, really tempting. I’ve always wanted to play them.

I’d love to be happy and cheerful, but there’s nothing left to celebrate.

If they did an amazing Castlevania collection I’d be all for it…this one, for me at least, is barely a footnote.Just bung the Gameboy games, DS games and Dracula X: Rondo of Blood in a bundle and you’ve got a winner. Like this? I don’t know…maybe 5th place?

from what the reviews say, they are just lackluster ports without many graphical options, and you apparently can’t rebind keys. even though it’s nice to have these collections available, this is konami we are talking about, and their history of releases lately shows how little they care about their franchises.

in short, if you don’t care about owning these titles legally, it’s very hard to recommend these collections.

Only question I have is why bring back these specific games? Are they priming the market for something, or just trying to keep up an attractive game release schedule?

Or did their 50th Anniversary remind them they used to make games?

Or did their 50th Anniversary remind them they used to make games?

EWWWWW! Someone call the burn unit…

50th Anniversary remind them they used to make games

Lol +1. But for reals, I’m sure they saw other companies bringing back old releases and thought they could make some quick easy money. They probably aren’t wrong either.

Someone call the burn unit

Only question I have is why bring back these specific games?

Only question I have is why bring back these specific games?

While I’m sure the real reason is something cynical like cheap portability and no licensing limbo, I’m glad to see the pre-SotN Castlevania games get some attention outside of the speedrun community! There are definitely folks out there who miss the earlier style of gameplay and would like to have it again on newer platforms, even if some aspects haven’t aged well. I’ve only played SotN and later games so I have no nostalgia for the earlier games, but I am curious about them.