As I know, many of you do like the old, good and free games.
So I would like to mention 2 games you probably missed.

The old Star Wars Racer returned to GOG shop, but there is a guy who remade the game itself with beautiful environment and non licensed music. Its not the official one, just an own project, so you may download it fastest you can until it dissapears. I did myself today. The download link is in the description of the video. 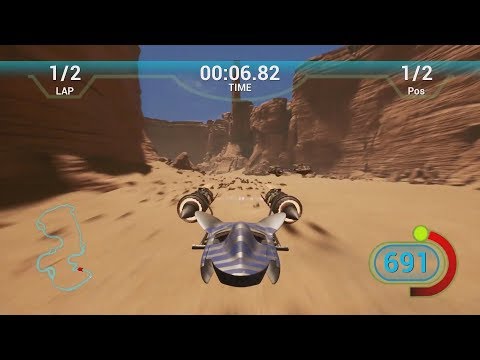 And there is The Awesome Adventures of Captain Spirit, the pre-sequel game for Life is Strange 2.
Its free from the release and will stay free forever. Im not kind a player who like this genre but the atmosphere, story and the music made me love this game so much.
These 2 hours of gameplay make you a better person and a motivated one.

Hey! Your title had a little typo so I fixed it.

I’ve considered trying Captain Spirit in the past BUT a few things put me off. Super glad you had fun!

Here’s the link for The Awesome Adventures of Captain Spirit

I still have a copy of the old star wars podracer game back on my parent’s old N64. That game was brutally hard (at least to little me) but tons of fun.

Aw… man. Captain Spirit is so cute and the dad is such an awesome guy. Who’s actually playing it?

the dad is an awesome guy???

Yikes! From the trailer it just looked like he was playing along with his kid’s hero game. Oh boy, maybe I missed something there.

well, i played through the thing so y, apparently

Looks pretty, but must fry the controller fish first (not literally, lol).