It's the astonishingly not yet a yearly holiday Mark of the Ninja publisher sale!


Here’s your chance at picking up the best Saints Row game ever made for a very reasonable 55% off. Excellence like this should be rewarded so don’t go moping about demanding anything should always be at least 90% off.

They’ve made a couple of other games as well… I guess. 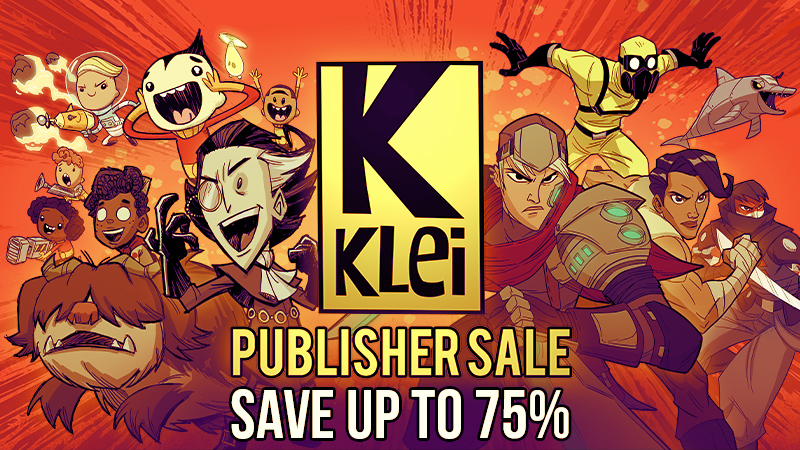 Jokes aside, Klei is an amazing developer though they have a highly recognizable style to everything they do they jump from genre to genre with each game and always seem to be able to create something special.


Griftlands one more roguelite card game, now finally on steam, don’t mind if I do!

Griftlands one more roguelite card game, now finally on steam, don’t mind if I do!

Been playing this it’s a great deckbuilder with 2 distinct styles of play, highly recommended

Well, I have a good few deckbuilders for now, for sure. Also, saw that nice Historical Low on Mark of the Ninja via ggdeals. Computer stuff pending, so no matter how I cut it, it’s best to let it go for now.

I’ve played the Griftlands demo, so good. The only other game I’ve played from Klei was Don’t Starve, but since I don’t like survival games… well. But Invisible Inc and Mark of the Ninja seems super cool too!

Edit: They didn’t make Crypt of the Necrodancer, right? Just distributed. I’ve also played that one, it’s fun and dynamic

Crypt of the Necrodancer

Think I played a little of that with @Pylinaer but Remote Play doesn’t work super great.

That might be partly your system and definitely partly that this game is very latency sensitive. You’re trying to keep a beat, so remote play isn’t the best for it.

I have griftlands on my wishlist because it has what looks like real battle and this new TALK battle.

Defeat you with words! It could explain hero vs villain dialogues.

“Don’t destroy the world!”
“I can’t handle it. My cat ran away so the world must die!”
“The cat left you…”
takes of glasses
“…to save you…”
“Gaaaagh! I’m saved from my emotional turmoil!”

That’s how I imagine it going but I’ll find out when I get it someday.