The Decima Engine is pretty amazing, too. It ran so butter smooth on PS4. It just screams to be used on PC, so I really hope that Guerilla Games is considering this. And it may seem stupid, but I have a bigger hope this is true considering they oddly have their “Making Of” for the game on Steam, though at this point I wouldn’t even care if it was on Epic. That I would cave to that client for.

I wouldn’t even care if it was on Epic

Death Stranding though - damn so beautiful. So wanted to watch the whole playthrough, but man the story, I want to experience that on my own some fine day. sigh It’s gorgeous game… and yea, guess you’ll have no clue what’s going on until you’re near to or at the end. Guessing is half the fun. ^^

There are only 2 games in which I would set aside my convictions for; Final Fantasy VI Remaster/Remake and Horizon: Zero Dawn.

I suppose a continuation of the Witcher series too, but I know a new entry in that series is impossible so I don’t count it. lol

Well now that it is on PC, I think you’ll be able to enjoy it for sure!

a new entry in that series is impossible

Not impossible. CDPR has another game they want to release by 2020, IIRC, and it’s not Gwent or Cyberpunk.

I don’t think it is going to be another Witcher title, with the way they have been focusing so heavily on Cyberpunk, it is probably a really small title, a new IP.

It doesn’t make sense to make a new IP when you still have Gwent live and barely started on Cyberpunk.

Add also Final Fantasy V on Epic (yea, i know it’s already on Steam, lol). Seriously though, V and VI are awesome games. Enjoyed those more than VII or VIII. Curious to see IX, despite people saying: Wah! No chocobos!?

Final Fantasy VI is my favourite of the final fantasies and quite honestly I don’t really think I want a remaster of it. It is perfect just the way it is, there’s already a couple of remakes/mobile ports and they’re pretty bad. The best way to play that game is through a SNES emulator. I really don’t think a remake could ever do it justice.

Those aren’t really remakes, they’re touched up ports, though I agree entirely they were trash. A remake is a game that has been taken and been redone entirely, sort of like the FF7 remake (there tons of things have been changed or adjusted). A proper remaster would be something like the Secret of Mana one, even should people dislike the change in graphics, the visual change and gentle changes to mechanics makes it a good example of a good remaster.

I would love to see a remaster or remake if it is done right. I wouldn’t mind seeing one remade in Dissidia PSP graphics or FF12 graphics with nothing changed, but if they wanted to try something similar to FF7 remake provided core story lines and character personalities and interactions weren’t changed, it would be okay. 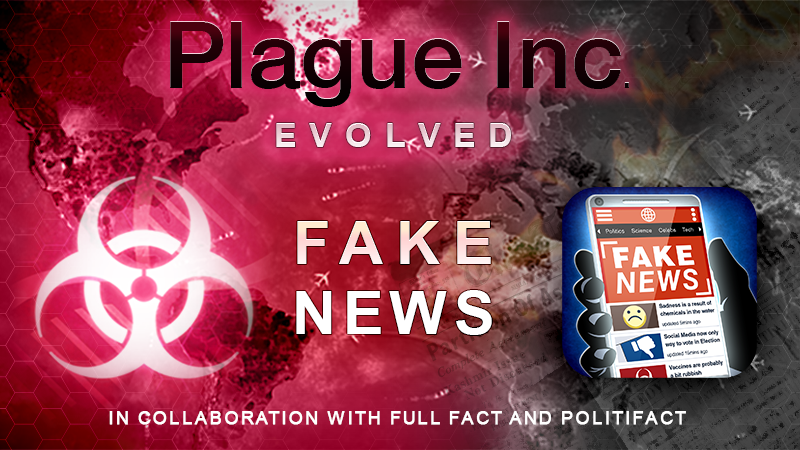 We’re excited to share that our new Plague Inc. Fake News Scenario is now available to play on Plague Inc: Evolved! In the radically different Fake News scenario, players can create their very own Fake News story and deceive the world using modern...

I’ve been following the development of TemTem for quite a while. I’m glad it is finally coming to early access! Really think it could be successful!

@onLooSe Dead Cells vibe in this one!