I'm looking for some wisdom about computer monitors.

So i’m thinking of getting myself a new pc monitor. I have been using LCD monitor with SmartControl Lite 243V5LHSB/00 | Philips ( i think ,24 inch ) this one for many , many years and while it still works like a bee i think it’s time to get something newer and better , especially since i’m looking forward to upgrading my GPU in a near future as well.

While i’m perfectly capable of comparing raw numbers there’s more often than not more to buying tech so i’m looking for some opinions,tips or anything like that.

My budget is around 300$/Eur and im generally looking for MORE of everything. More inches, more hz , less lag etc etc.

Thanks for your time and input 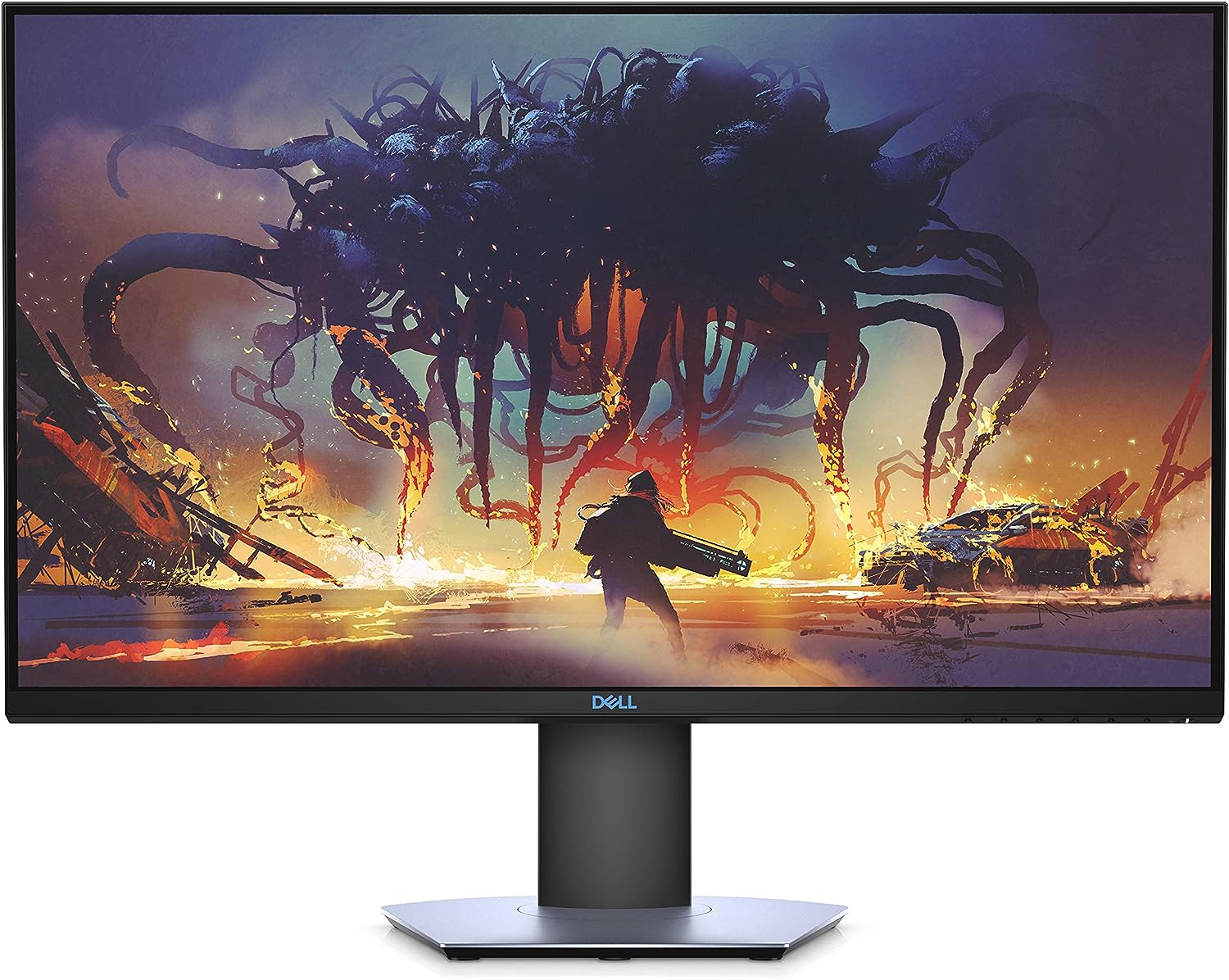 Slay any beast with your very own. Dominate with crisp QHD resolution and tear-free visuals enabled by free sync. Display position adjustments: Height adjustable (130 mm), tilt (-5° to 21°), swivel (-45° to 45°), pivot...

The stand is amazing and if this is like the 24 inch version … it should be Gsync as well.

I have an AOC Q3279VWFD8 that I’m very happy with. Here are some decision factors that went into it to help you decide if it’s for you.

One thing I will say is that no matter what you buy, I suggest getting it from somewhere local or where you can return it to somewhere local. Look at any monitor reviews on Amazon or Best Buy and quality control is nonexistent these days. I had to go through three monitors before I got one without dead pixels in my main field of view, but since I ordered from Best Buy I could just swap them quite easily until I found a good one.

I’m a huge fan of the BenQ gaming monitors and have been having a lovely time with Amazon.ca for the years that I have had it. I’m sure their newer monitors are even better, if you want to check locally and see what the prices are like for you

I recommend checking out Hardware Unboxed for some monitor reviews on YouTube. They do a pretty good job of talking over monitors and probably go further down the rabbit hole than you are looking.

I will go out of my way and not recommend my old Acer 1080p 144hz monitor(GN246HL). It’s just… really bad, but it was quite early for it’s kind. This is not really advice or anything I just wanted to rant about my shitty monitor.
For the most part I just use my Sony 4k tv where I have my secondary pc hooked up. So that’s always an option too.

Hey dude I use an LG 27GK750F. 240Hz 1080p 27 inch and I only paid £225 brand new from Debenhams online in UK. It’s smooth as butter but you need to be sitting in front of it cos it doesn’t have a wide viewing angle. To get that refresh rate you need to use display port. HDMI was locked to 60Hz for me.

I got this in my RSS feeds. Hopefully, it has some tips or suggestions you might find helpful For 2020 we've decided to take a different route for recommending gaming monitors. With such a vast array of options, we've recognized a few segments that deserve...

Believe it or not, that’s written by one of the guys at Hardware Unboxed. I forgot they post stuff to Techspot.

That is a lot of useful info guys, thank you very much !

I see this monitor has 5ms lag , is it an issue for you ? Playing FPS or such.

DO NOT BUY FROM NEWEGG!

If you want to play competitive games such as League, R6S, OW, etc, then get a minimum of 120Hz, usually 144Hz though.

Also, for low response times, TN wins, but TN has bad viewing angles, so IPS is considered to be better for general uses.

My personal recommendation would be a 27" 1440p IPS Monitor, with a refresh rate of 144Hz, and a minimum of 5ms response times, since IPS can’t do true 1ms.

In that category, the LG 27GL83A ($380) is usually considered to be the absolute winner at a decent price point, but it rarely goes on sale, since it is so popular. It went on sale only once, about 2 months ago. There is another $500 version of this monitor, but unless you’re doing some intense color accurate graphic design, just stick with the 83A.

I personally have a dual-monitor setup, both are the same model, namely the ViewSonic VX2758-2KP-MHD, and I am really satisfied. One of them has a stuck pixel, but oh well.

Other brands, such as Acer and ASUS, have some bad reputation due to bad QA, but if you can find a good deal, definitely jump on them.

DO NOT BUY FROM NEWEGG!

Long time Newegg buyer, since about 2005. I still buy there, through necessity rarely.

I concur entirely though.

Buy from Amazon or other places. Why? If something is wrong with your product, they make you pay not only for the shipping (which is expensive af) but a HUGE restocking fee which gets cut out of the price of your product price (so if you return a GPU, so to say, for your actual price after replacing it they cut that price of it so you don’t get all your money back (happened to me twice)). It is beyond ridiculous. Not only this, but I have had consistent and horrible experiences with products having bad packaging, and some products being cosmetically damaged because of it.

Amazon will cover free replacement shipping, and if something gets lost in shipping to you, they will replace it asap (had it happen twice once with a TV and once with a motherboard, which newegg will just laugh and say “tough tiddies said the kitty then the milk ran dry”). Also, no restocking fees.

Only buy from Newegg if that is your only option and said product is so absurdly discounted that you’ll be saving tons of $$$$.

As for brands, I personally recommend something like BenQ, LG, ViewSonic, but the higher up ASUS and Acer products are good as well. It is true their cheaper products have really bad reputations, and for good reason, but that can be said for anything. Then it just depends on what you want to spend, what type of panel you want (and seriously, this is REALLY important), size etc.

For me? No. Average human reaction time is 0.25 seconds (that’s 250 ms for anyone bad at math) and 5 ms is 2% of that. Now, there will always be people claiming they can tell the difference for every ms of lag, but you tell me if 5 ms is going to ruin your gaming experience. Your mouse (even if it’s wired) has more lag than that.

This video has a good summary of some gaming mouse lag times at 8:16 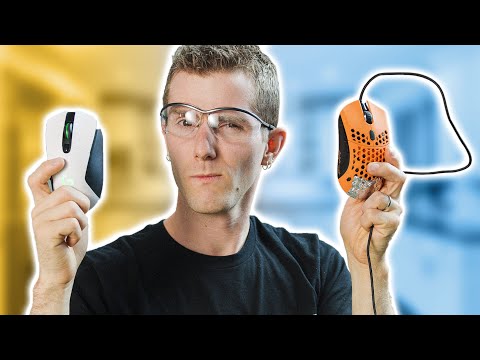 The information presented in this post is inaccurate or false. The average reaction time of a human may be 0.25 seconds but your perception time is much much better. Your mouse/keyboard can be polled at 1000Hz (I know my keyboard is because it has options for it.). Keep in mind that the video is testing the latency of the mouse + the computing time for a frame + the display lag. Also because they’re relying on frames from a framebuffer as an endpoint for their measurement they are introducing variability in the experiment (240hz monitor → ±4ms time to render a frame → 2ms delay on average with ±2ms deviation). In general LTT stuff is useless on this.

Because human perception is pretty good, a slow mouse is definitely noticeable. Overall the more lag you add to the system the less immersed you will be, if you disagree, I invite you to try out some outdated VR headsets.

As to what display to buy? A decent quality IPS panel over a TN panel any day. They make IPS panels with pretty low latency nowadays anyway and the image is much nicer to look at.

So far every cool choice you amazing people gave me is out of stock everywhere i look downhere so i guess i;ll keep on looking.

I found a lot of affordable IPS Dells but all of them have very slow response time for some reason.

By the way, if you do any kind of productivity or play games that suit it, you might want to consider 21:9 format monitor. I for one love mine for uni work, being able to have 3 documents next to each other is great.

I found a lot of affordable IPS Dells but all of them have very slow response time for some reason.

Response times are a bit of marketing. Sometimes it represents the time it takes to go from white to black and sometimes it’s the response time from one shade to another. So keep that in mind when you evaluate them from more reputable sellers like Dell.

That’s the thing. I’m not entirely sure how much will it affect everyday use. Those dells claim 8ms response time while most of the monitors these days claim 1ms so a huge difference.

I’d take those numbers with a big grain of salt, if possible you should try some different monitors in a computer store and see if you can perceive a difference. 8ms response time is the time from white to black (generally, sometimes it is Gray2Gray, sometimes it is not mentioned), not the time for the image to start appearing. I wouldn’t focus too much on them if I were you. Those ratings are usually GTG or MPRT. Gtg is grey to grey and I forget what MPRT stands for. As I understand both are kinda bogus.