How to Find New Games on Steam

I found this new site through Kotaku/Steamed. You can even sign in through Steam so IT knows what games you have etc. Right now it’s a WIP. They are asking for suggestions etc.

"Steam 250 is a site whose goal is simple: find the best games on Steam. It has a variety of lists, from the 250 best games to hidden gems, and everything in between. Its creator, Bilge, decided to create the site when he ran out of games to play. He realized that Steam tends to focus on games that are selling well or getting lots of attention and, in order to find hidden gems on Steam, he’d have to do a lot of digging.

“Steam tends to focus on sales data to promote games,” he said in an email. “Comparing our annual sales versus ratings rankings shows there is a wide disparity between games people are willing to buy and those they’re willing to recommend. Focusing on sales provides an incomplete picture of the gaming landscape and frequently misses games more gamers are enjoying.”

Bilge decided to make a solution: his own Steam algorithm. Steam 250 bases its selections on user reviews, specifically the number of reviews any given game has on Steam and the percentage of those that are positive. On Steam 250’s website, Bilge explains that determining the exact way the algorithm weighs games with different numbers of players and reviews took quite a while."

ran out of games to play

My own approach is to take a particular game you like and want more of, then search it on Youtube. Find a channel you actually like and sub. That’s how I found out about Anachronox recently. I was just looking for honest Youtubers that gave The Technomancer a fair shot without joining in on the Spiders meme-hate train.

More than anything, Discord has been a great tool. I’ve had a lot of interesting conversations that have put new games on my wishlist, ones that I missed entirely. You also may find that there are plenty of “overhated” hits in the past few years, like Watch Dogs 1 or Resident Evil 6, which are generally good games that are worth their Winter sale price at the very least.

There’s also Chrono, a place where obsessive people like to talk about games, their favorite ones, and why your perception of said games are completely wrong. So… you’ve already found a number of ways to find good recommendations, even if you didn’t realize it before.

…Bilge, decided to create the site when he ran out of games to play…

“Ran out of games to play”? Pfft. I don’t trust any Steam user that doesn’t have a backlog of several hundred games, thanks to bundles and sales.

That could be the point, though. I can still “run out of games to play,” but part of that is the acceptance that I’ll never finish Dark Souls, Mad Max, or [shudders in pure disgust] Metal Gear Solid V. It’s just an endless, semi-ironic walk from one jank-ass RPG to the next.

What … why?! The prepare to die edition?!

I also found this site through Kotaku, and i’m SO glad, that if Valve can’t figure out them selfs how to recommend us Steam games, somebody else can.

It’s also really nice you can search on specific tags to find the genre you just absolutely adore.

What … why?! The prepare to die edition?!

All of them. I don’t even know why I keep buying Dark Souls games. I already know I’ll never finish them. I owned the first game on consoles, never even got past Twilight Cathedral. On PtDE, the last thing I did was kill the Moonlight Butterfly (that boss SUCKED!). I didn’t even get past the first giant enemy area in SotFS, though I’ll say in my defense that that game had a serious difficulty spike early on-- I cleared through the opening just fine, then went through a few sewers and BAM! Nothing but giants. I eventually tried running past them and almost killed that first boss with the Dragonrider.

I got up to the first place with those security bots in The Surge, and not a step further. Now… I forgot to cancel my Humble Monthly subscription, so I’ve got Dark Souls III waiting for me.

This series is actively taunting me.

I hate everything past Dark Souls PtDE, but I still keep on loving this game… It’s a must to finish for everyone I think. I can help plenty if you are willing to put the time into it… for the last 10 years there isn’t more in depth and more complex game for me at all!

Dark souls SP is just half of the game, but the problem is that there are twinks with OP gear hunting new players so I see how offputting this has to be to play the full package and I love to hunt those ;]

You don’t need OP gear to win multiplayer, all you need is 5000 ping on your side. At least, that’s what every match I’ve had boiled down to.

EDIT: After several PM’s, I’ve come to accept the wisdom of the internet:

Why should you finish it when Konami didn’t either.

awh you can do it!

If I can complete dark souls you can do it too :3

also what the fudge this site sounds great.

except if its based on user reviews wouldn’t it leave brand new games out of it because they won’t have many reviews?

and somehow MGSurvive has lots of positive reviews. I wanna buy the game just to tell people how shit it is.

I was actually watching the game on 『RISING SUPERSTREAM』at launch, since my co-op buddy and I both basically agreed that it looked fantastic. If you don’t know him, that’s SFBP-Liam’s new channel, though it serves as more of a Twitch archive than an actual Youtube channel. 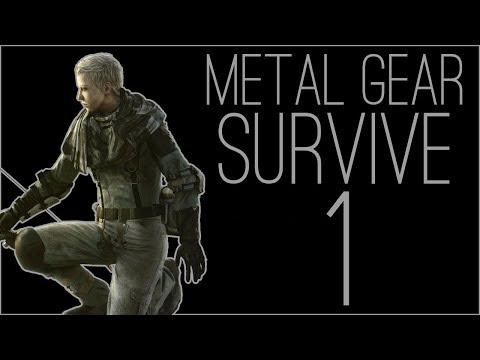 He streamed MG Survive for 6 hours on launch… basically, it’s a great spinoff in every regard. Not even on its own merits, but as a Metal Gear game… it really nailed everything. It has some fantastic stealth, the Silent Hill guy’s monster designs are just indescribably “wrong” in all the right ways, and better yet, you’ll still get your dose of heavy-handed politics with no self awareness!

Before you say “Oh, but it’s just Konami cashing in!” Actually, the project was led by a bunch of guys who have been working on Metal Gear for as long as Kojima. http://www.imdb.com/name/nm1897093/

As I’ve said in the past on Chrono, MGS V is what I personally consider to be one of the biggest letdowns I’ve ever had, one of the worst games I’ve ever played, and one of the few games that actually made me feel physically angry. It basically fails on every account at the things that made Metal Gear so great, and if it takes stories about zombies and alternate dimensions to give us the MGS 3 successor and PW 2.0 I’ve always wanted, so be it.

If you want to know the real reason why MG Survive is so highly rated, that’s why. It’s a genuinely great game.