Homefront is free on humblebundle.

Buy Homefront from the Humble Store

The year is 2027. The world as we know it is unraveling after fifteen years of economic meltdown and widespread global conflict over dwindling natural resources.A once proud America has fallen, her infrastructure shattered and military in disarray....

Make sure you redeem that key…

Immediately after 10AM Pacific on Dec 23rd, the Steam key will magically vanish as if it were just a figment of your imagination, leaving this cryptic message behind in its wake.

Thanks for the heads up!

Make sure to also pick up Homefront: The Revolution’s Freedom Fighter Bundle during this Humble sale if you have any interest. That version of the game is roughly the same price as the standard version and includes the single-player DLCs. Once they pull it, as they’ve already done on Steam, the only bundle offer will be buying a separate [and more expensive] game + expansion pass, or buying the Homefront Bundle (which will cost extra with irrelevant DLCs for Homefront 1’s dead multiplayer).

For a review that’s more honest about the game than any of the actual critics, I’d highly recommend GGGManLives’ own take on the game: 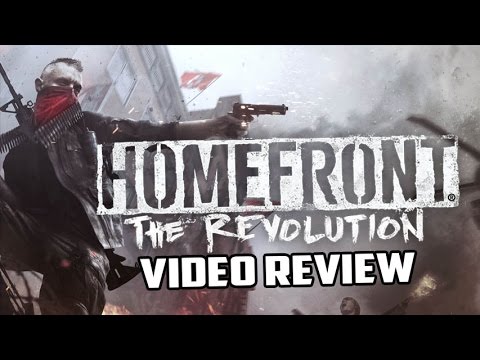 Gggmanlives:
“Homefront(the Revolution) is a pretty crappy game let’s not mince words. But it’s not “unplayable”.”

-even if it has “decent length” or is “playable”

think i’ll hold out, or look for the “bargain bin”, and reconsider when it’s 90+% off

@Gnuffi
You’re all probably about to look at me like I’m crazy, but… Homefront the Revolution is exceptional. It just needed a few patches, to be honest-- it’s everything I wanted from the new Wolfenstein that it failed to deliver. It also nails the setting perfectly-- Homefront [1] and Wolfenstein II both have the same heavy-handed, forced tone of oppression that just goes over the top to the point where every scene trying to be dramatic comes across as so-bad-it’s-good… and that’s being nice.

The Revolution doesn’t suffer from this problem. It’s a VERY realistic occupying force. The world of Pennsylvanistan can look like anything from a warzone to an XCOM 2-esque street, and the occupation force doesn’t come across as overkill-- no unnecessary civilian brutality, but the moment they suspect you’re part of a resistance movement, you’re really *%@#ed. If you’ve seen Amazon’s The Man in the High Castle series and its depiction of California, you know what to expect.

More than that, it has actual progression in this world. You’ll have your big GI Joe underdog moments, but they come AFTER working to liberate the place. For the most part, you’ll be walking into occupied zones only to hear the people around you go “oh crap, here we go again…” and start trying to get out of there. To turn the discussion back to the mechanics, though, you can take your pistol and turn it into a submachine gun on the fly.

If I haven’t at least gotten your attention yet, maybe this will help: 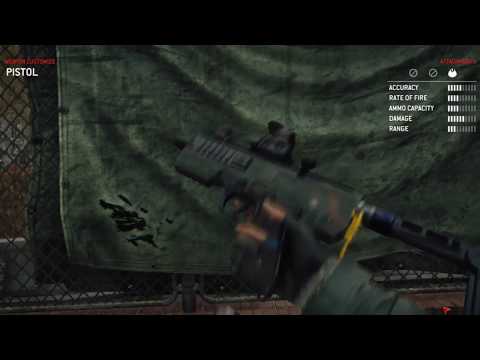 Needless to say, I’m not really far enough into the game to say whether it’s definitively good or not, but a few hours in I’m absolutely loving it. This doesn’t even include the fact that there’s 11 co-op missions that are all at least 15-20 minutes long on your first try, and the game is an open world with walls and tunnels making segmented areas. This isn’t even including the single-player DLCs included in the “Freedom Fighter” bundle. Are you telling me you WOULDN’T take this for $8?

Appreciate the heads up!

By Jove! The jankiness…