I was reading through reddit and I encountered horror type Japanese manga stories I wanted to share. I had never read them before so it was a breath of fresh scare reading of another culture’s horror fiction.

I thought it would be nice since it is that time of year. So if any of you readers are bored tonight, you can check it out to see if you can still get scared. The creator is named Junji Ito. I do not know if the name is famous.

Some are rated R! For Mature! Some of these are even NSFW! Don’t be reading them at work anyway. Go to your room and turn off the lights.

The Enigma of Amigara Fault

The Woman next Door

Seriously he’s one of my favorite people in the world, ever. I strongly recommend every single one of the stories @GDBringer linked above. I also recommend the Tomie series and Uzumaki, some of his most famous stories.

Also yes, he’s very very famous and widely regarded as one of the most iconic mangakas to have ever lived. Here’s The Guardian talking about him. He’s widely appreciated in both Japan and worldwide and several movies have been made based off of his mangas, and many other movies, books and visual artists took inspiration from him.

Some Japanese movies that try to capture his stories in film are Spiral (2000) and Gyo: Tokyo Fish Attack (2012).

An American movies I’m sure was inspired by him (and many other things) is Annihilation, available on Netflix.

There has also been a recent anime anthology series by Shinobu Tagashira. It has Long Dream in it, one of my personal favorites from Ito. Maybe @Truly would be interested in it?

EDIT: these are all very different kinds of horror, written at completely different points in time.
Omelas is absolutely haunting for how real it is; it’s not what you expect at all, and it’s not afraid of holding back on delivering its horror until the very end.
Sankings is science fiction, and it’s frightening at that. There’s a sense of dread that permeates every page, and the ending will never, ever, leave you – my dad has been trying for some 30 years to no avail.
The Nameless City is Lovecraftian to the bone, and its surreal and bizarre elements are what make it scary and ominous.
The Masque of the Red Death feels very Victorian and visually stunning to me; Poe knows how to make his words feel vivid, and balances well reality with fiction.

It’s the future, and a family buys a new home. It does everything for them, especially the nursery, which, through the children’s imagination, can take them anywhere in the world…

There has also been a recent anime anthology series by Shinobu Tagashira. It has Long Dream in it, one of my personal favorites from Ito. Maybe @Truly would be interested in it?

Heh thanks but I’ve actually dodged that one super hard. I’ve always had this sort of phobia of snails, then I read Uzumaki/Spiral when I was 11. Needless to say I didn’t sleep for a few days.
I went back and read Spiral and his other work again maybe 5 years ago and they still hold up great as far as not letting me sleep and all.

A long short true Horror Story: School ( Might not be disturbing for some )
Happy Halloween y’all !!!

Hah! Your post reminded me of the shortest horror story in the world:

The last man on Earth sat alone in a room. There was a knock on the door.

Haha. I’m glad the link explained it. But I read that quote as a writing prompt.

Oh no! The scariest creature of all.

The last man on Earth sat alone in a room. There was a knock on the door.

How in the world is this so effective? No setup and three lines of text, BAM! Scenario perfectly described.

Also wanna return to horror manga for a minute. I was recently recommend Franken Fran to me by Youtuber Mr.Clemps. Aka best boy.

I’ve only read a couple of chapters, and so far it’s great. It hits a weirdly fitting balance of comedy and grotesque stomach wrenching body horror and back to wacky visual gags. Franken Fran is definitely more my speed than Junji Ito is. Recommend both manga, and Sweet boy Clemps.(he does almost exclusively JRPGs normally)

Hey! I’m both a woman AND into them too! I’m offended twice over

Give I Have No Mouth, and I Must Scream a read when you have a few minutes. It’s only 10-15 page iirc so minutes isn’t much of an exaggeration. The short story received a Hugo Award and is Harlan Ellison’s most acclaimed writing I believe (it was even adapted into a video game in the 90s). He passed away not too long ago but wrote a lot of other science fiction you might want to check out if you like his style.

I just Googled “I have no mouth and I must scream read online” and the first result is a PDF copy of the story uploaded to a schools website that Google somehow ended up indexing. The story is still under copyright so I don’t want to post a direct link to the file on Chrono pages to keep them out of any kind of unlikely trouble.

I Have No Mouth, and I Must Scream

Do you know he has a short story collection under that same title? I’ve tried to find it but no luck. Have a vague memory of reading it my local library as a kid.

I didn’t know that or think that I’d be able to find much on it but right there in the introduction of the Wikipedia entry for the story it says that, “The name was also used for a short story collection of Ellison’s work, featuring this story.” I found an entry for the publication itself on the first linked website which catalogues science fiction writing and publications. It seems like that would be the same collection you had read. Here’s its WorldCat entry for it if you happened to glance past its somewhat discrete link and would like to try finding the book in a library near you. You can probably reserve it through an interlibrary loan and have it sent over to your library if they don’t have a copy of it themselves, too.

I’m gonna necro this thread, because: 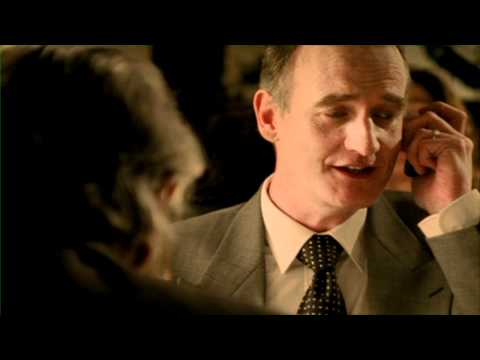