Ok so I won these codes a few months ago on the Alienware Arena site and since then have tried to trade them away but haven’t had any reasonable offers for them. These codes say they expire on 7/31/19 so if that is true then I have run out of time to trade them and instead of wasting these codes, I would love to see some people get use out of them. I have 2 of these codes so there will be 2 winners. Not sure if I will pick winners tomorrow or Friday, can’t go too long as I want to give the winners a chance to activate them before they expire. Good luck!

Edit: ok I have now closed the giveaway and used a simple random.org list to pick the winners. Congrats @Rhyagelle and @snake153 and I will be PMing your keys shortly. Thanks to everyone that entered and sorry I don’t have keys for everyone

Guild Wars 2: Path of Fire™ is the second expansion for the award-winning game, Guild Wars 2. As the balance of magic comes undone, lead your allies in the hunt for the rogue god Balthazar, whose scorched-earth campaign...

Not played or interested…I don’t have the time. Just was curious.

yup that’s it. Yeah I don’t really have the time to be playing MMOs as well.

Edit: also if you look at the buy option, the codes I have are for the standard edition. So comes with the core game and 1 max level boost.

Thanks for the chance :3

I would love to try out my hand at it, always wanted to check out Guild Wars 2, as I really love fantasy genre games, especially when they’re MMOs. It looks really cool as well with that lore, and the Engineer sounds pretty dang cool. Kind of reminds me a bit of Final Fantasy!

Thank you for the chance! And good luck to those who enter.

Oh, I think I misunderstood. If this is just the DLC and not a base game, I would like to withdraw. I do not own the base game and would hate to take the chance of owning an expansion away from someone who does.

I own Guild Wars 2 for like a 3 years or something but never got any of the DLC’s, i’d love to get back into some WvW action but without expansions it’s not that easy (lack of elite specialization) if i win i’ll probably buy Heart of Thorns to be up 2 date… lately i play a lot of Arma 3 and Diablo 2 (i’m doing Holy Grail). 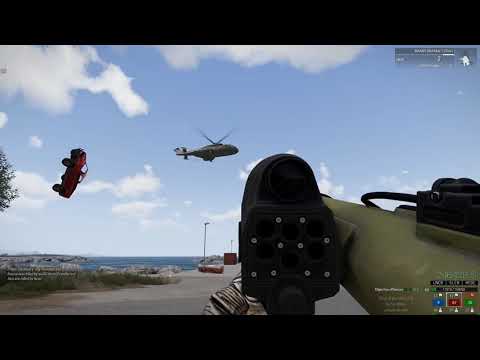 Edit: withdrawing as id like to focus my spare time into a different MMO for now, and so I think others would enjoy this more than me in the near future.

Interested in this too. Always wanted to check out GW2.

Is Path of Fire a dlc? If so I’m very interested. I already got the base game here a while back and I love the first game(s).

Just a heads up for the people who are thinking of starting to play : in the recent years this game became filled with loot boxes and microtransactions. I waslucky enough to get my fill in it’s early years while it was super fun ( 600 hours playtime ) but now i would double think before dipping my toes back there.

filled with loot boxes and microtransactions

I already knew about their in game store, but when did this happen? Or are you talking about the Black Lion Chests?

yes Path of Fire is their second expansion, there is also the Heart of Thrones expansion as well.

While this is for the DLC, it also comes with the base game. So I will keep your name in for the giveaway

I’d like to enter, but I’m not sure if I need Heart of Thrones to play it. I played the original game and bought GW2 when it debuted, but I stopped playing after I hitting max level and brother quit playing, but it would be fun to check out the new content!

Ingame store was there from the start because game didint have monthly fee as most MMO’s do so they had to make some extra income , but it was pretty mild back when i played. Nothing terrible ,just some XP boosts and mounts/costumes. I’ve stopped playing very long time ago but i’ve been hearing that in recent years it got worse and worse on that front. I do not know specifics,sorry. But i can imagine what route did game eventually went down.

I’m not participating (have the game and expansions already).

Some parts of the game are simply amazing. I remember playing it just when it came out and I loved the whole exploration aspect of it + art is really good. But some aspects are mediocre at best. And if you expect it to be a nice GW1 sequel you’ll be disappointed. The game is very different and build creation aspect is basically gone.

I highly recommend at least trying it (free version is ok, I guess though some limitations are pretty annoying). Just keep your expectations in check and don’t rush and buy it if you like it. I recommend waiting before the purchase. It makes a really nice first impression IMO but my honeymoon period was over after a couple of month.

As of micro-transactions… I don’t think it’s that bad. I did not follow the subject closely (and I play very rarely lately) but I did not notice anything really egregious there. I feel like most people are annoyed that cosmetics get regular updates but other content is suffering. 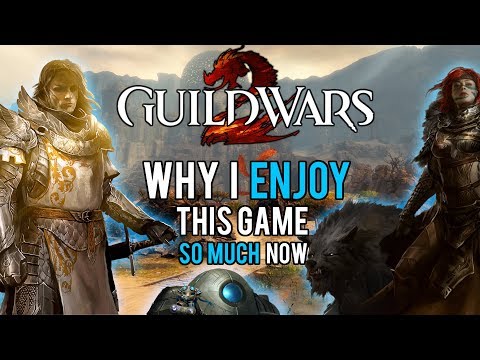 Super cool of you to share! ^^ Not participating - I’ve got other MMOs I’m interested in and likely not going to make time for right now.

Thanks for the giveaway