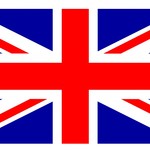 Not really posting this for the games per se, couldn’t possibly claim there’s much of real value there in my opinion. What I’d recommend getting this for though is Miracle of Sound’s Level 7 album and I’m sure there’s something else in here that appeals to you.

Of course it’s a charity thing as well so pretend you care about people and get some good music for a very attractive price, win/win!

It’s on a pretty short timer though, so get on it quick if you’re interested.

Was gonna post this too and yeah it’s not really a spectacular bundle, look at it as giving to charity and you just so happen to get a little something in return peeps.
Still seems interesting with those 2 games, that graphic novel and the music and there’s also DLC for some f2p games so good for you if you play one of those.
And there’s still a day left, good bit of time left if someone interested is finding out now.

It’s ok. I don’t know the original soundtrack and am not a big fan of chiptune music but i got a few tunes i like and don’t mind listening to it in general.
Did you get the bundle or just listened to the samples?