Lore: This is my favourite game of sonic and I wanted a friend to play it so I bought one key sadly my friend already had it (yeah, this can happen) and I thought it could be a good idea to do a super giveaway.

How to enter: Just say something wholesome like “you guys are breathtaking”, something that can make someone happy.

Who win: Sortea2 - Realizar un sorteo this web decides who win, 24 hours to accept the reward by private message or it will be re-rolled (maybe it’s mean but I don’t want someone to pick it and try to sell it, sorry

Who can enter: Anyone that want the best for others can participate, there is no month limit account - number of post - whatever. All people can participate <3

Anything else: nop good luck <3

Very epic give away. I already own the game but i hope whoever gets it enjoys it

Already have the game as well, but thanks for doing this! Hope whoever gets this enjoys, this game is a major nostalgia trip for me.

I have it too. But thanks for the giveaway…

This is my favourite game of sonic

I feel the same! Even the weird parts are the best. And there are tons of them. And when I played this game as a child, there were no evens or buts, it was just the most awesome Sonic game.

I have it on Steam, so I’m just here to say hi

Lmao am I the only one who doesn’t have it?

Go for it, the game is probably short if you only rush main story but it’s super worth-entertaining

Wow… a 3d sonic other than sonic R?! (My favourite childhood game, i m 21 and i still play sonic R from time to Time! I definitely would love to enter this giveaway! (And as i saw its requirements, my potato laptop can run it) Thank you for giving me hope of getting a new sonic game and i hope that you’ll be forever happy as you just made me (yes… excitement makes me happy)

Lmao am I the only one who doesn’t have it?

EDITED: A shout out to @mandLUL who has it on his Wish List!!! 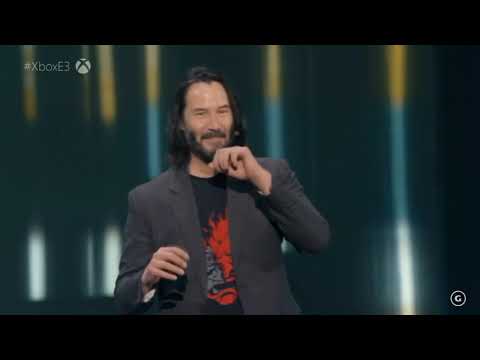 @Aru You’re awesome for doing this giveaway. I won’t enter though. I tried Mario and sucked extremely badly, so always figured Sonic would be just as bad, lol. Just wanted to give you appreciation for offering the game. ^^

I want to participate. You guys are breathtaking!

Just so you know, Mario and Sonic aren’t the same gameplay wise. In Sonic Adventure DX the controls are especially forgiving; you get a lot of space to do what you want, and there are no complicated sections you need to pass in a certain way to finish the game. Looking back, I can’t remember a single level that was challenging like a Mario or Crash Bandicoot platformer (where you need to master certain moves and do things in a certain order, and you shouldn’t break the pace in the middle of the maneuvre, or you will die a lot).

This game only gets challenging if you go for all As or SSs, but they are mostly counted based on speed, and you get speed by exploring the level and finding the best path, then mastering it. That’s not obligatory. Also there are several playable characters, and playing for them is different. You’ll probably find at least someone you like.

@Joxter Ah! I did think they were in the same family so to speak. I hated Mario with the oddly timed double jumps etc - didn’t have the patience. The only game I’ve enjoyed ‘pointlessly’ collecting coins in was Subway Surfers, which my poor old phone can no longer run - iOS support outdated.

I’ll find a demo and have a look see for myself. Cheers.

Don’t worry about what is being shown now. Eventually you’ll figure out how to do it, even if it will take a while for you to do so.

@choujiacheng ^^ You’re right. I’ve been trying new genres of games lately. It’s not easy, but I’ve managed better than I thought I could

@Aru May I change my mind and enter after all?

Something wholesome and true: Chrono is home to a good many generous and nice people.

I like the open world of DX more than it’s sequel, Adventure 2 Battle (I grew up with the GameCube port), but the Character animation and level design of (some) the levels in SA2 are better. Also the Chao garden is like one of the best things ever, and is good in DX, but amazing in SA2.

The game was redeemed so the giveaway is ended <3 Thx for participating and sorry again ;u;