If you’re interested in how gamers think or why they do what they do, you’ve probably read about Bartle’s player types (1996) or the 5 domains of play (2012).

I started watching a new (2019) youtube video and this guy has a new one. If you’re curious as to what video: 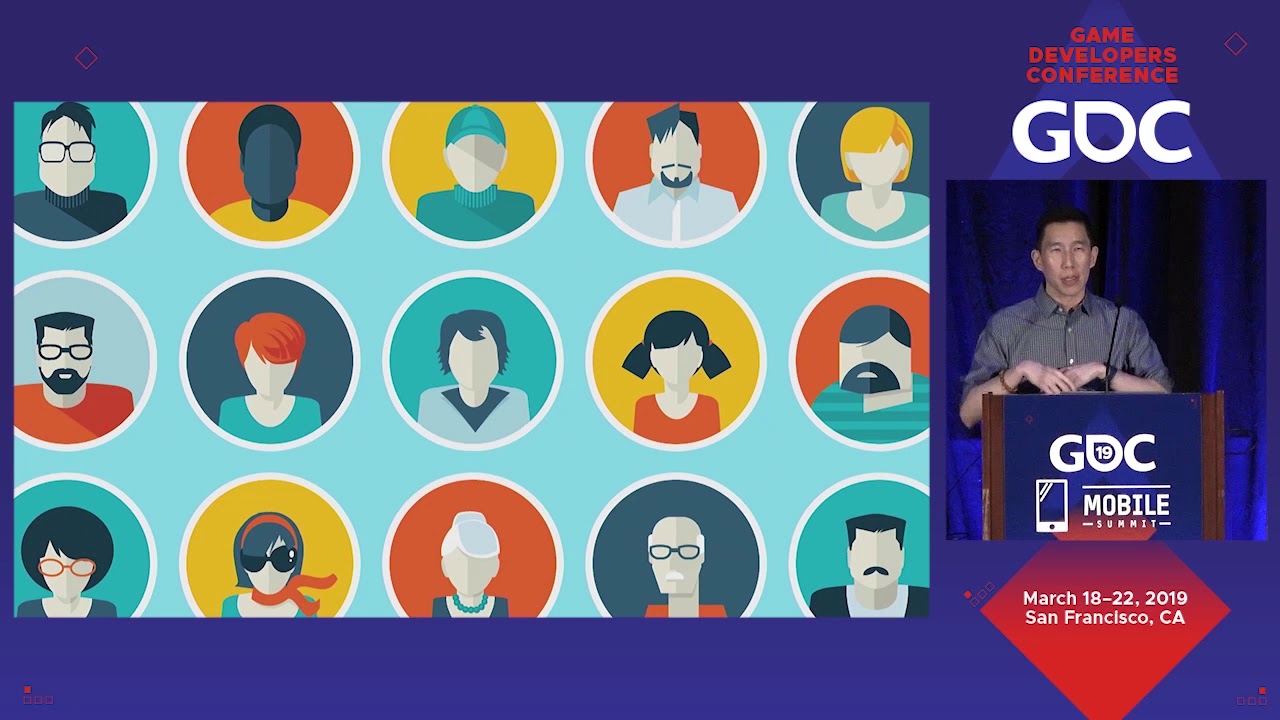 But to the point, you can get your gamer profile at Gamer Motivation Profile

I couldn’t help myself. For science! I wouldn’t do this on social media that’s for sure.

My results might have been a little wrong because I play online and offline games differently. But I got.

I’m not too surprised since I like strategy games but some other parts were a bit weird.

One thing is it recommends guild wars 2 for social players. But I played that game as a single player game the whole time, hated group content, but enjoyed joking in map chat. So who knows.

Anyone else want to post your thing? If not, at least read what is on the website. I am always curious how people try to categorize players and the content they enjoy. At least you can see what developers think of their players.

edit: I found this info from a youtuber that is not popular.

So I got two results which seem to be mutually exclusive by their description, so that… seems like it fits me perfectly.

I really don’t agree with the notion of spontaneity as that is one quality I know lack severely. No surprises what so ever in the recommended games though, in fact most of them were games I already played or have in my backlog.

I do very rarely care about being completionist, unless there’s power to be gained. Collecting pointless bobble heads in Doom didn’t matter much to me, finding the bobble heads in Fallout however, that was worth my time.

Interesting stuff, thanks for sharing it with us

I’m not sure how much do i agree with the results but i guess they are somewhat true? First type is probably really me as i enjoy punishingly hard games , namely soulslikes , but i’m not sure if i would call my self ‘hardcore’ gamer from the second type.

P.S Just a thought about these types of surveys : their main weak point is that you often answer what you would ideally like to do or think in certain situations against what you actually think or do in them in real life situations , that’s why results can often miss their mark by quite a lot.

I think I am quite a solo player but the thing about being a completionist is wrong lol I do like lore and stories but am I a team player? Not really? Depends on the type of game. It does feel kinda off in some sense lol

I always answered very low to the questions asked as they didn’t feel particularly relatable for the most part or too generic.

It does feel a little biased already to certain sorts of games though I guess the number of questions is what limits it as well as they tried to be general.
Not many questions that could relate games that nuturing or such though there are questions I suppose on games just to relax (and now I see there is a gardener type or whatever lol not sure that describes me though jus sayin ahha)
Or games that are creative in other senses. And games that emulate practical tasks though I guess all of that was covered somewhat and I got games like that in my recommendations? Sort of ish
The questions do feel somewhat removed from my own expectations from gaming or reality generally feels like they just took a survey of gamers and then try to fit you in a box based on that lol I do also like action games but that really depends on other elements and how well the game was made to be interesting.

I don’t necessarily agree with the “Acrobat”. I’m generally not interesting in throwing myself against a wall Dark Souls style, and I’m not the type of person to sit in front of a combat dummy practicing my rotation until the cows come home. However, I definitely have a few games that I enjoyed like Payday 2 that you continually replay missions and I got really good at it by learning the missions and playing them often enough. So I guess that’s probably a “lean”.

As for Slayer, don’t have really any issues with that.

I’m going to group these together because I have just a few comments about the questionnaire.

So there are a couple rather large problems with these types of questions they have set up. It is mediocrity/extremism and generalization.

By mediocrity/extremism, I mean I feel that the average person generally feels like they are mediocre on the scale. So say I occasionally play strategy games, but I’m not gung-ho about it. I like to play other things as well. Some days I feel like sitting back and driving a Semi-truck. Some days I feel like pwning noobs. But rarely, if ever, 100% balls to the walls for a single thing. I think even some people that primarily like a single style of play don’t necessarily believe that they are hardcore in that space. Which brings me to the questions. The way the questions are phrased plus the options provided exudes extremism. Like, on a scale of 10, how hardcore are you. Most people aren’t going to put 10 and rarely 0. That ends up skewing results unless it’s accounted for. Almost every single question I ran across I thought “sometimes, it depends”. This is partially a problem with how the questions were worded and partially due to the choosing scale.

As for generalization, some of the questions were too vague. There were definitely a few that I ran across that I was just like - “What? What is that supposed to mean?”. In an attempt to tailor it so that “everyone” can answer, they end up making it ambiguous enough that you again run into my previous issue - mediocrity. So for example - How important is gathering every single collectible/achievement? Well generally, I don’t care to, but sometimes I feel like achievement hunting. Or on the second playthrough I’ll spend more time messing around and getting achievements, titles, collectibles, side quests, etc.

IMO the best questions are relatable binary questions (y/n) that would be considered normal everyday activities.

Pretty accurate I guess, since I enjoy strategy and RPG games, I’m the guy that struggles in the character creation spending about 15-20 min every time, I enjoy an occasional challenge but something that I can do, not just dying and retrying again and again, I can agree with @GDBringer I like playing solo, I really don’t like the co-op games, but I enjoy games like Mario Party, Fighting games as long i have someone to play IRL, I don’t really care about unlocking all the achievements in the games

The games recommendation section is pretty accurate, they recommended me good games like Stellaris, Total War, Civilization, The Sims series and others not of my taste like Fifa or Crusaders Kings, but overall really interesting survey

is the best part of ANY game. ^^ My Deadpool bobble head on the desk here stands this.

This is interesting though… got to try it later. Doing smol things before leaving home.

lolz
Me? I’m a Gladiator! HARDCORE LAWL
Eh, I answered a lot of questions middle of the road though…hmmm…

Well, here’s mine. I ended up as bounty hunter/gladiator.

I did mine on mobile so it doesn’t particularly want to share right, but I got bounty hunter for my main type. Definitely more of a solo guy (yet I love overwatch, lol), even when playing MMO’s. Game immersion (not particularly realism though) and character creation and character driven stories are some of my biggest things it seems.

Almost every single question I ran across I thought “sometimes, it depends”.

I haven’t tried this specific test, but that’s exactly the same issue I had with the political compass test when my high school made us take it: all the questions forced you to pick a side.

i don’t get this test at all
it asks if you like interacting with other players/being social/multiplayer stuff - you answer 2nd lowest/“dismissive” option it provides
it asks if you like “hardcore gameplay”/challenge stuff/repeat practice-mastery cycle over and over - you answer the 2nd lowest/“dismissive” option it provides
final tally:
Bards are team players who want to chat and interact with other players in game worlds
Acrobats are solo gamers who primarily want to take on challenging gameplay and they want to practice over and over again

does not frickin compute

at least i can somewhat agree on the motivation profile tho

Since everyone is doing it, I figured I might as well join in as well.

This isn’t too far off, so I am good with it.

As for these, well, I don’t really understand these graphs at all, lol!