That’s what i stand for, and i thank chrono.gg for implementing this basic principle so well.

[disclaimer: i mean within the limits of reason and respectful interaction]

Continuing the discussion from NO. DAMN. POLITICS!:

I agree with M00, and am disappointed that the topic that this pertains to is closed for further comment. There was a viable discussion to be had and to prevent civil discussion on the matter just brushes the issue under the carpet without addressing it.

This is a community of people from different parts of the world who all have varying points of view, be they religious, political or academic. To fence off discussion on various topics, providing they are not discriminatory or hateful, hinders education and enlightenment. Everyone can contribute in different ways and this encourages debate and helps the forum grow. If we restrict conversation you’re actually limiting the pulse of the board…are people’s beliefs so tenuous and fragile that they can’t stand to have them questioned?

I’m from the UK and currently we’re dealing with the fallout of Brexit and an incompetent parliamentary system. I’m also a Remain voter who’d like the whole thing called off. However, I’m not afraid of discussion about this and would encourage people who are interested to ask questions - If you have a different viewpoint and want to challenge mine that’s fine; if you’re from a small town in Bolivia and are interested in what’s going on because Brexit news isn’t on top of your agenda feel free to ask. This applies universally - most people have an opinion on Donald Trump because of the office he holds…it goes with the territory. But as a non-US citizen I am well aware I only have a cursory understanding of the bigger picture…what happens If I’d like to see both sides.

In fact we’ve had discussions of this nature before (re: gun control) which was conduced in an adult manner and managed not to cause thermo nuclear war…These forums are to encourage intelligent communication, not silence it, and to do so lessens the appeal here - soon enough there will only be one or two active topics if we go this route. I understand the responsibility of forum moderation, I’ve acted as a site admin in the past and before that as a super moderator, but unless there’s clear evidence of ToS infringement actively shutting down discussion goes against the spirit of what we’re here for. Acting before the horse has bolted, unless it’s obvious that tempers are fraying, is something that I personally feel is a tad pre-emptive.

I regard numerous people on this board as friends…however, I recognise that we don’t share the same views on everything. Does that mean I can no longer talk to them as our views differ? It’s about respect, and that we engage in respectful disagreement rather than insults and offence. Don’t shut down variety and the sharing of knowledge and ideas just because your own opinions are shallowly held…if you don’t want to read something, just ignore it.

If you can’t handle a little debate, well…

to be fair, @PeteMcc clarified to me that he closed the thread because i insulted 2 politicians and that would probably lead to problems/dispute, so i take responsibility for that

in the mean time, discussion can continue here, as long as it remains within the confines of proper conduct…

[also: i started this thread while the other one was still up and as an answer (parody) to the other one; i did not start this one because the other got closed nor as a reaction to that event; one might easily draw the wrong conclusion regarding that and think that i was somehow rebelling against the closure of the other thread; that isn’t the case (i do mildly disagree with the reason for that decision, which i’ve told Pete myself, but i accept his judgment and responsibility in these matters)]

I felt the end comment of that discussion was just going to fan the flames that would go nowhere but down.
I agree we can discuss topics that you mention and as you said the gun control issue was done in an adult manner and was civilized, but as @M00 said the insulting of those two politicians was really the thing i that I had problem with and it just leads nowhere good. I maybe should have flagged the post rather than shut the topic but I don’t want to be here waiting for things to go down, I have better things to do with my time.

If you feel I have gone to far on this issue or am not doing my job as a mod well feel free to discuss it with me in a PM or talk to the other mods.

or am not doing my job as a mod well

no one would think that man, i’m sure of that; respect

No of course I don’t feel that way Pete and I understand why you did it, I didn’t mean to insult or chastise your actions…because of time zones and the distribution of our moderation/admin team it was a valid course of action. I just see shutting down discussion as a slippery path to take and I’d hate to see us preventing discourse on topics.

I was also quite shocked how slight the political mention in the Daily Deal was since that’s the root cause…honestly I don’t see any issue there at all.

Hmm. I can say I never go to a gaming website to talk about politics. There are thousands of places for that.

I mean, I guess you can talk about how politics is affecting gaming. And how gaming is affecting politics. But just straight politics seems pointless.

And the previous topic poster was just looking for any reason to leave. Normal people can distinguish between websites that blatantly have an agenda vs. websites that just says things.

And yes, freedom of speech is nice. But if politics starts to dominate discussions, I recommend a politics sub-forum be created to keep it away from people that don’t care to read it on a gaming website.

There is no freedom of speech in a forum. Pete and I have really tried to let you govern yourselves. And for the most part you have. Don’t force our hands and make us set up a blanket set of rules because we will do it.

Now, don’t upset the “Mom” of the forum. I am trying to eat dinner. Tomorrow I have plans most of the day. Am I going to have to worry that you are going to burn the place down???

There are people in Indonesia dying…And this is Christmas. Thank about that!!!

I honestly think the biggest issue with the original blurb that started this whole mess is that… well, it just wasn’t that funny to begin with.

At the end of the day, barring all political opinions, the offending joke really was just that… a joke. Seeing this is in Site Feedback anyway, I guess I’ll just say my two cents on the matter… political jokes really are just something to avoid. There’s three types of people who will react to it… and I’ll do it in a hypothetical scenario.

Terry Crews has won the US 2030 election by an extremely narrow margin. His political opponent, Sylvester Stallone, has an extremely tight-knit voting group that is EXTREMELY mad about the results of this election.

Shortly after, a game deal on Chrono shows up with a throwaway line: “Terry Crews sure wishes he knew how to run this Roman empire properly. Take notes!”

Notice something: nobody “liked” the comment. At best, it got a borderline smile. At worst, feelings were crushed and threads were created.

I think it would be for the best that political comments are just in general avoided. I doubt whoever wrote it even knew this would be an issue, and that’s generally how things like this happen. It wouldn’t be posted if the author didn’t think “heh, that’s a pretty funny thing to say… I think.” More than that, there’s a new post every day, meaning way more room for error (especially when some games in question have a heavy political aspect).

That’s my take on the whole thing, at least. Some topics tend to be big no-nos, and from a personal standpoint I wouldn’t bat an eye if political figures were absent from posts.

I think we should use religious and racial commentary instead…much safer ground.

Terry Crews has won the US 2030 election by an extremely narrow margin. His political opponent, Sylvester Stallone, has an extremely tight-knit voting group that is EXTREMELY mad about the results of this election. 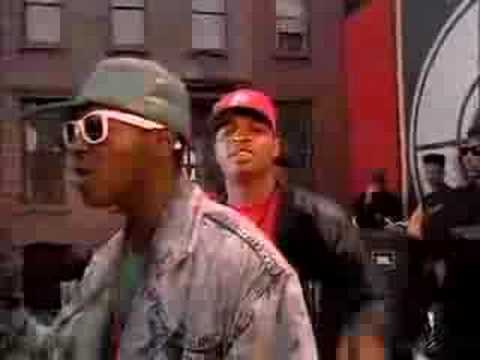