I know some of you use recording software for streaming, reviews etc. I have this. It’s very good especially for free when it costs nearly 40.00 regularly. So you might want to give this a spin, kick the tires, so to speak. Make sure you read the comments. Very glowing… 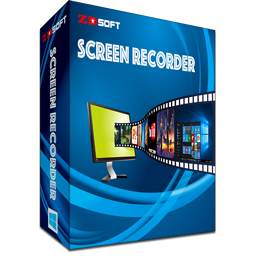 ZD Soft Screen Recorder captures screen/webcam/audio very fast and compresses them into HD videos on the fly, just like a camcorder inside your screen. Anything displays on screen can be captured, such as web pages, streaming videos and game screens....

Disclaimer: You will need to give a bit of info and sign up for their newsletter. I have been using this site for years with no problems. You can unsubscribe if you like… after you get the software. When you install, you have the option to OPT OUT fro the SharewareOnSale Daily Giveaway Notifier.

Forgot to say, DO NOT UPDATE!!! If you do it will revert to a demo.

Well I always used Action! for recording before that was Fraps and some other program that I forgot it’s name lol but Action! was the best and I stuck with it for years until my serial expired…

Thank you very much @delenn13! I will test it one of those days before the giveaway is over and hopefully it’s smoother than OBS in some games

Kovec : OBS doesn’t have RAW/uncompressed/lossless file formats. Doesn’t matter for me though, I would never want to use uncompressed anyways. It’s a waste of resources and space since all sites heavily compresses the video anyways.

Ah, thanks. I’ve only tried streaming twice so i didn’t know.

That is why you really DO want to record in lossless formats. Because compression done by your recording software doesn’t matter to the site, they add their own compression on top of that resulting in all the greater loss of fidelity in the end. Quality suffers exponentially when you encode something over and over.

Thanks you. It’s very helpful

I’ve never had upload speeds to not compress it before uploading. For some reason in the US, our upload speeds are horrible unless you pay for a business account. However it’s been a long time since i last tried streaming so maybe it’s not true anymore.

You are not wrong man… I pay an arm and a leg for internet and my videos take at least an hour to upload… I pay just one tier down from the business internet.

Only exception I encountered was when I lived in a bigger city and had Verizon FiOS, that has equal upload and download speeds, and was awesome. But I moved more rural and have one company for internet now, and it costs a lot more, with less reliable service…

when I lived in a bigger city and had Verizon FiOS, that has equal upload and download speeds, and was awesome. But I moved more rural and have one company for internet now, and it costs a lot more, with less reliable service…

I feel you. When I went to college and where I’m at now I get to enjoy 100Mbps internet. At my parents house they have 5Mbps. I’ve basically given up on doing anything PC related there. It’s almost painful.

No. TotalBiscuit did a ton of tests before he died. There are literally no point in using lossless, as the algorithm will consider already compressed areas and not touch those extra.