Note: If you have Rayman Legends from Ubi’s giveaway last year you can play the almost entire Origins game there. 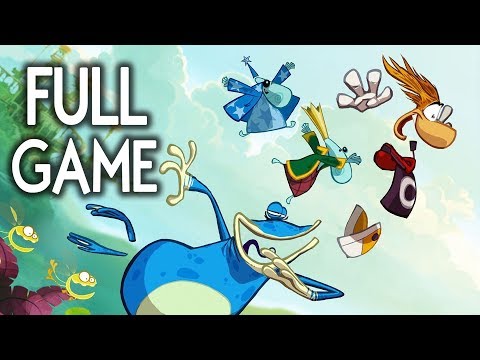 Cheers. ^^. I hate Ubisoft won’t let me view my full library. I can never be sure that stuff is really there ( on this Mac).

Really? Do you mean that the Mac client only lets you view one page of your games at a time?

And if you’re wondering, the ubiconnect mobile app is a turd as useless as their web portal.

Not an iFan, so I wasn’t aware they don’t have one. I’ve never been able to make sense of that mangled mess of a web portal sprawled across the Club, Store and Connect sites, which for some reason thinks that I only own one game - a demo version at that.

the ubiconnect mobile app is a turd

The Ultimate Seeker speaks truth. One would need a PC (Windows OS) and to install Ubisoft launcher to (hopefully) be able to see all the games you own. Or else, they totally screwed up people’s account when they changed from Club to Connect.

Guess they like Nintendo - great games, awful most everything else.

Mac bros get as little attention as Linux bros.

Kinda makes sense since they’re cousins - just that one attended an expensive private school and hung out only with his clique while the other was the public school kid who was always there for anyone who needed him.