Hey, there’s been so much Far Cry talk going on here lately. Why not give it its own thread as well

I don’t think i’ve ever finished one so far 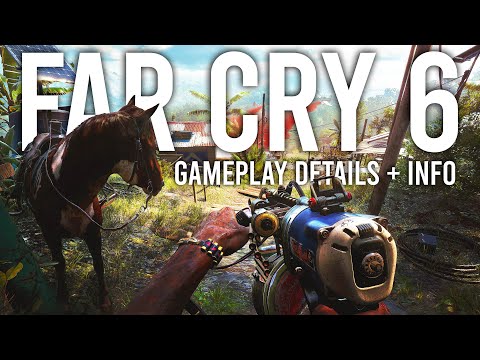 Don’t buy it, ubisoft sucks and can’t keep their account history, purchases and claimed games straight. They’ll just as soon simply forget you’ve bought the game than let you download it, probably… bound to happen at some point.

Such a simple thing as just having a single source to pull their data from is apparently beyond them.

@Fraggles i get what you’re saying, but as long as everything remains all present in the launcher (which you have to go through regardless in order to launch the actual games), I’m fine with it. Ofc, there’s no doubt that it’s rly unprofessional that they don’t have their browser things synced up with that for some reason

There are email notifications and such for things purchased through them. Just FYI.

I mean from an accountability standpoint they’re worse than Epic and that’s a low damn mark to reach for. Took a little bit but at least Epic now sends receipt emails… most of the time. If you claim 2 games too quickly it often still forgets to send one, or both.

But I’ve never received a confirmation from ubisoft about claiming any of their freebies. Combined with the fact that their site transaction history is clearly just a joke they hadn’t thought up a punchline for there’s nothing I could do to prove my eligibility to any of their free games if they decided to just remove them from my account.

I’ve just recieved word here from @YQMaoski that receipts are emailed out for actual purchases, so at least they’ve managed that much.

Man I really would enjoy playing another Far Cry, but Uplay is ugh and my PC would choke anyway.

Liberate copy pasted enemy camps on the moon , release May 2035 .