Fallout 3 & New Vegas at best ever price on Steam (almost)

Both games are at their lowest prices as of today. Highly recommend both games. Ends 7 AM UTC Tuesday.

they’ve both sold at $5 on steam before though, and they’ve sold for a lot less than that other places even, as u can see here: 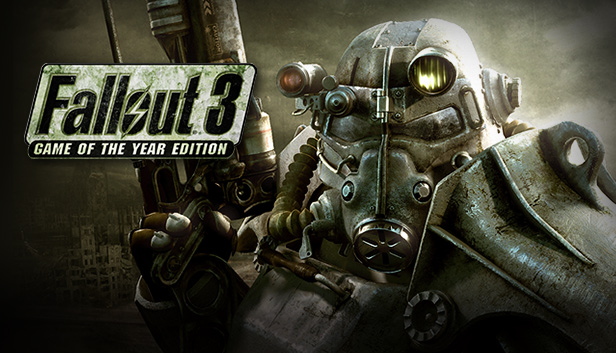 even now, one place sells them for $5.26 each, as u see there (disclaimer: I don’t know that store and don’t know how legit or clean it is)

[I changed yr title to correctly reflect this; sry if u dislike that; u can undo that then if u want]

I’ve couldn’t wait any longer I got em myself

Nuuvem is a legit grey market store, it’s based in Brazil so it may be complicated for others to get deals from them though (region-locks), and why there are such great deals sometimes because of currency conversions. Right now Fallout: New Vegas is at 50% there for R$ 9,99.

Nuuvem is a legit grey market store, it’s based in Brazil so it may be complicated for others to get deals from them though (region-locks), and why there are such great deals sometimes because of currency conversions. Right now Fallout: New Vegas is at 50% there for R$ 9,99.

It’s cheaper on GamesPlanet DE (in dollars at least), which I imagine must be a German site maybe? But like i said, no idea what kind of store that is

Hm. I own the base game but haven’t bough the DLCs iirc.

How detrimental/worthwhile are they? Are all of them must-haves?

Dang it. New Vegas DLC soooo cheap! Y’all definitely get New Vegas DLC/bundle while you can, the game is amazing!

I hear you need the DLC for certain mods to work too. Huh. Then again I won’t have the time to play FO:NV any time soon so dunno…

How detrimental/worthwhile are they? Are all of them must-haves?

If you enjoy the base game and want it to go on, get the story ones :D They’re not must-haves, but it’s more content. The quality varies and they focus on different aspects of the game, but for that price, you might as well give them a try!
The Gun Runner’s Arsenal is just some weapons and IIRC you get them right from the start if you have the DLC enabled, so they clog up your inventory for a while, and they’re not that interesting. So, while not detrimental, it’s one I prefer to keep disabled.

Edit: Or if you meant FO3 DLC: Same thing. For that price, worth it. I like them less than NV’s DLCs because they’re more combat-oriented and have weaker writing, but at least there’s no silly guns-only DLC. Mothership Zeta might be a weird one if you’re into the lore and keeping a particular “feel” to your experience, since it adds aliens. Even if you don’t start the quest line, it still adds some alien stuff to the world. It’s a nice DLC if you’re not bothered by that.

I guess Fallout 76 premium membership is doing so well they need to put Fallout 3 & New Vegas on sale.

I was considering picking them up but I don’t really care for Fallout. I’ve tried playing them many times, I just couldn’t ever get into it.

Is it worth without fixes and mods though ?

Pretty sure Fallout 3 needs configuring before the game will work. New Vegas usually works without needing to change anything.