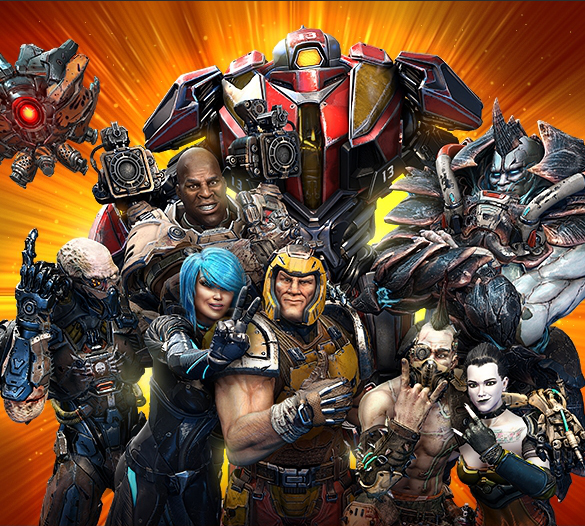 Quakefam, your response to the game during E3 week has been amazing. Tons of new players have stepped foot into the arena for the first time to take their place amongst Champions, and we couldn't be more thrilled that you're having fun with the game....

If you are interested in getting it Download and play a match to keep it in your inventory.

Quake Champions is an upcoming free-to-play arena shooter, only for now it’s in paid for early access. Except for right now and up until June 18th – until which

Isn’t always free? The champions pack is on sale tho.

It has been free up until now, they’ve specified that it will stop being free the 18th.

Back in the day (like 2 years ago) I remember a game called quake live, a super fast paced FPS game. It was completely free… until it wasn’t. And now look at what happened, Quake Champions, im not sure if it’s based off quake live or is just a modified version of it made from the same people?
But I know one thing,

Its was Free only on the Bethesda Launcher for at least a short time and it was supposed to be free on steam after a year it launched on steam but it seems like they might of changed there plans and its a paid game only game now. 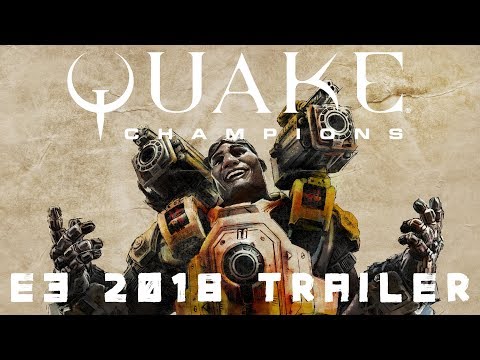 It’s permanent unlock if you log in and play before the event is over!
The description explains pretty much what the community manager said on the expo last night:

QUAKE IS BACK! The original fast-paced multiplayer fragfest from id Software returns with Quake Champions, and for a limited time you can join the arena for FREE. Download Quake Champions on Steam or Bethesda.net Launcher between June 10-17 and get instant Early Access. If you log in during this time, you can stay and continue to play even after the event is over!

Aaaand now you can not only get lucky and unlock characters permanently from cases (which were pretty generous and include pretty high chances for this to happen), but you can also buy whatever champion you like for the free in game currency since the last patch. It’s about 250 000 favor, which might sound a lot, but if you play a week for 1-2 hours a day you will pretty much have new unlock of your choosing.

The game will be free when it gets out from early aces on steam @TR3NT. This was even again confirmed on the press conference before the trailer. Nothing will be lost for the ppl that play it for year + already, so it’s a chance to get more involved into the game and help yourself by not spending a dime ever. And yes - if you have it in your bethesda launcher you will have everything on steam too, because you have to link your account. I was really glad I got lucky in @Gnuffi giveaway with the humble bundle key, because I hated the Bethesda launcher

or the previous one

Greetings Champions, We’ll be deploying an update on 26.04.2018 that includes the new duo Champion: Strogg & Peeker, a new map Awoken, a new Super Nailgun vanity weapon: the Disruptor, and many quality of life improvements. We estimate the update...

Also don’t forget to link your twitch account with the bethesda one you will have to make to play the game. When you watch a stream to look what’s up and get a tad more understanding about what you will be experiencing - you also get cases, which are pretty often drops too 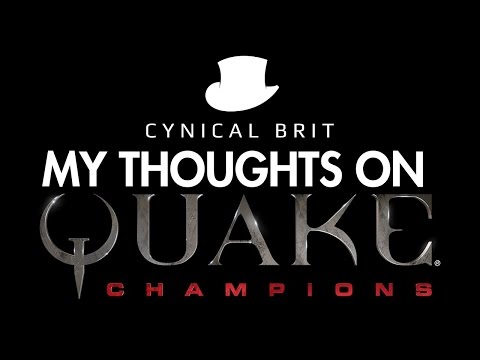 All this freemium stuff is pretty confusing on top of an already ostracizing game.

Yeah I completely agree with you … they needed to make a lot stuff understandable for new ppl, but that’s quake. It pretty much works like it did 20 years ago gameplay wise. Their new approach for business model is understandable, because it’s almost in every f2p game already

I can’t say I agree with it, but for such small arena shooter playerbase that’s left out there. I can’t blame them.

I’ve got the game during closed beta, don’t know why, and even I am confused

Probably, because quake live? If you have this one might be the answer. Some of the quake live owners got invited in closed beta. Else there were closed beta bethesda launcher key giveaways back in 2016 even

@TR3NT yo, apparently u only get to actually keep it for free (during early access, after which it will be free anyway) if u actually do download it and play at least one game before June 18th; at least, that’s what this article claims, so u might want to add that info to yr original post

Quake Champions is an upcoming free-to-play arena shooter, only for now it’s in paid for early access. Except for right now and up until June 18th – until which

I just see @onLooSe already mentioned that, but anyway i think the first post of the thread should make it clear regardless maybe

Updated the Original post now, ty for pointing that out @harith & @onLooSe

Quake Champions did little more than to convince me that Quake is dead, and that the heart and soul behind Id might not be as good as you thought when Doom came out.

I honestly wouldn’t recommend more than claiming it in case it somehow 180’s and becomes a good game. Even that’s a stretch-- if you’re feeling lazy and don’t want to sign up for a Bethesda account, I wouldn’t blame you in the slightest. It’s not a good game. It’s a laggy mess of poor design choices and terrible “trendy” shoehorned mechanics, not to mention it’s just a bad Quake game with poor balancing.

How it managed to surpass LawBreakers in players is just insulting, though not surprising since Bethesda can throw money at the wall until it’s on every street corner while Nexon let their game rot for [what I suspect to be] an easy tax writeoff.

I’m having fun with it though, in a casual way; it’s pretty lit. Reminds me of UT back in the day.

Update: You have one extra week to get Quake Champions for free.

Quakefam, your response to the game during E3 week has been amazing. Tons of new players have stepped foot into the arena for the first time to take their place amongst Champions, and we couldn't be more thrilled that you're having fun with the game....