No…no it’s not . It seems that after butchering their Firemonkeys studio in Australia they are in for more , laying off 350 people this time.

I wouldnt be surprised that;s because of how poorly Anthem is doing and well… how can it do good? It’s trash .

So if you know anyone who bought Anthem or maybe if you bought it yourself.,give yourself a good smack , huh ?

Sarcasm really doesn’t show up very well when written into the thread title like that.

I will keep on supporting the slowly decaying monopoly in Steam.

hint, you can add emoji to OP titles, to help get “poins” across instead of accidental bait 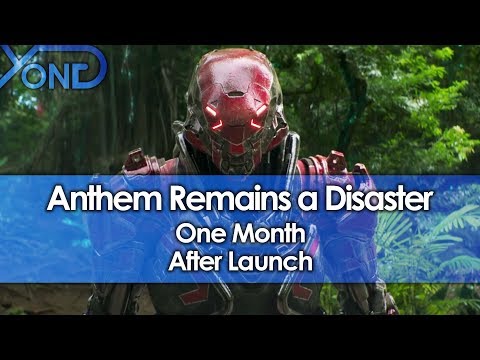 can’t remember when i got my last EA game, my approach seem like hasn’t failed me in a while

maybe EA specifically had no hands in that ?

somebody add /s to the title pls

maybe EA specifically had no hands in

Phew, I can keep on playing guilt free.

I’m pretty sure they had almost 0 stuff to do with it. Though i havent played the game so i cannot know how horrible/not horrible microtransactions are in that game.

Your suggestions about sarcasm then?

Your suggestions about sarcasm then?

Some people use the reverse question (irony) mark or the exclamation mark in brackets before or after the sarcastic/ironic comment:

I’ve never seen (!) to denote sarcasm before and I for one would not have read it as such. I have seen /s though and your upside down ? doesn’t even show up here.

I usually make it an over the top/absurd statement.

I’d say the topic qualifies then.
I do tend to wards that myself, but I almost always find someone comes along and takes you seriously no matter how outrageously absurd you make it.

Yup. As someone who I don’t remember the name of who’s art was destroyed once said: “you can make something idiot-proof and the universe will invent a better idiot.”

i cannot know how horrible/not horrible microtransactions are in that game.

I usually make it an over the top/absurd statement.

I would consider “EA is my favorite” to be over the top/absurd.

I suggest the title becomes:

I told the Chrono community EA was my favorite studio and you won’t believe what they said.

Clicks from all over the web.

3/4 of replies were about my poor implementation of sarcasm in thread.

I thought that statement on the thread was kind of strange tho lool
I used to like EA back in PS2 days.