With E3 2018 coming to a close and all the major players showing off their upcoming goods at their respective press conferences, I wanted to ask you all who do you think won, who do you think STANK and which game shown, is your most anticipated release among other things?

Have your say with a *Poll or two or three or four.

In case you missed any of the conferences and wish to see them @Inferry already has that covered with all the E3 Conferences Here.

In your own opinion…

Who was the worst at E3 Overall?

Which E3 Stage Show Was The Cringiest?

And Finally, two questions for you to briefly ponder then leave your answers to, in the comments below…

1. Which game is the one that had you the most excited?

2. Which game has you least excited?

*Polls will be closed after a few days and the first annual E3 award ceremony will take place thereafter… maybe.

Thanks For Taking Part.

Good eyesight. All entrants to the poll may be considered for a Flash Giveaway. We haven’t discussed this yet and I am out of time for a few hours.

Not sure on what I’m least excited for, there are several I don’t care about (spyro, the new COD for example). What I AM most excited for is Kingdom Hearts 3! I’ve been waiting for this game for years and can’t wait to swing a really blunt key like a sword. The new Mario Party seems pretty great too.

Most excited: Dying Light 2, Metro Exodus or Cyberpunk 2077 - though I wishlisted plenty of others.

Least excited: All the Switch and console exclusives… I’m not a console owner.

Dang it, I refuse to limit myself to one choice.

I’d say Gears 5 is at the absolute top of the list. IT’S HAPPENING! Devil May Cry 5 and Construct are two very close seconds, with DMC5 being “Japanese AF” and Construct being perhaps Remedy at their weirdest.

After that, I’d put down Dying Light 2… no zombies in the day and a dynamic story were the last things I expected, but Chris Avellone’s the kinda guy that can pull it off. It also looks like they heard us loud and clear that garbage bags aren’t the only things that can get you down from a high place… finally.

From what they showed it’s a little too close to being an XCOM clone, but I do have high hopes for Gears Tactics and hope they can pull it off. Anyone else shocked they didn’t show Age of Empires 4 at E3, by the way?

As for the anti-hype games, it’s a mix of easy targets and a few things that’ll make people pretty mad. Black Ops 4 looks dreadful, E3 didn’t offset my perception of the game one bit. The Division 2 looks like more The Division, and is that a good thing? Probably not. Command & Conquer just makes me feel sad.Finally, going to top off my nervous criticisms by saying Death Stranding still looks like Kojima’s lost his touch. Oh jeez, I’m just asking for angry shouts in my direction.

Oh, and how could I forget? Fallout 76? More like… Failed RPG with 76 new ports after launch, amirite?

The Last of Us 2 is going to be a drawn-out adventure with the cringeworthy, obnoxious, foulmouthed “edgy” character I hated the most from the first one, and I gotta say, it’s not looking good. Well, it is graphically, but that’s about it.

Crackdown 3 also has me worried, considering how often it’s been delayed for the dumbest of reasons. Like, retroactively putting Terry Crews in the game? That was worth two years? Granted, he is Terry Crews… but is he worth delaying a game for THREE CONSECUTIVE YEARS? I admire the dedication and wish Overwatch would take notes, but DANG!

Metro Exodus did look good. I’m putting it here because it means I have to finally finish Last Light… ugh.

Im pretty sure they showed Just Cause 4 there right? Well it’s what I’m looking forward too.

I’m also looking forward to The MIX (media indie exchange) i hope it gets coverage at least on youtube when it happens tonight 7:00pm - 11pm.
http://www.mediaindieexchange.com/

I do believe that you can change your votes, so long as the poll for each is still open.

Hm. I may have to change my votes. 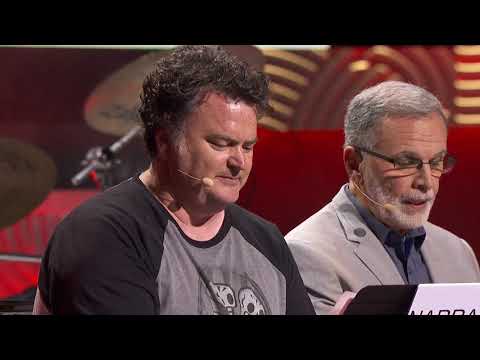 I just followed remotely but damn, I fell in love with Sable. This game is so gorgeous! Can’t wait for it to be released!
Also I look forward to playing Tunic and Ghost of Tsushima.

My biggest disappointment is Cyberpunk 2077 being First Person but the game looks great so I shall nominate Anthem, it looks so uninspired, dull and more like Destiny 2.5 despite its beautiful visuals.

The worst game/s I saw at E3 was hands down the extremely low effort EA Sports titles, why do people buy these?

Dishonourable mentions go to Tom Clancy’s rolling in his grave:The Division 2 and Assassin’s Creed 76, which look so bland, I think another break is in order for the series, a more permanent one.

Gears Tactics looks interesting. Not a big fan of the series, but put the word Tactics onto the end of anything and you immediately have my attention

Resident Evil 2 remake looks awesome. The original was one of my favorite games on PS1, and probably my favorite in the series.

Surprisingly, the game I’m most looking forward to (that I haven’t heard about prior to E3) is: