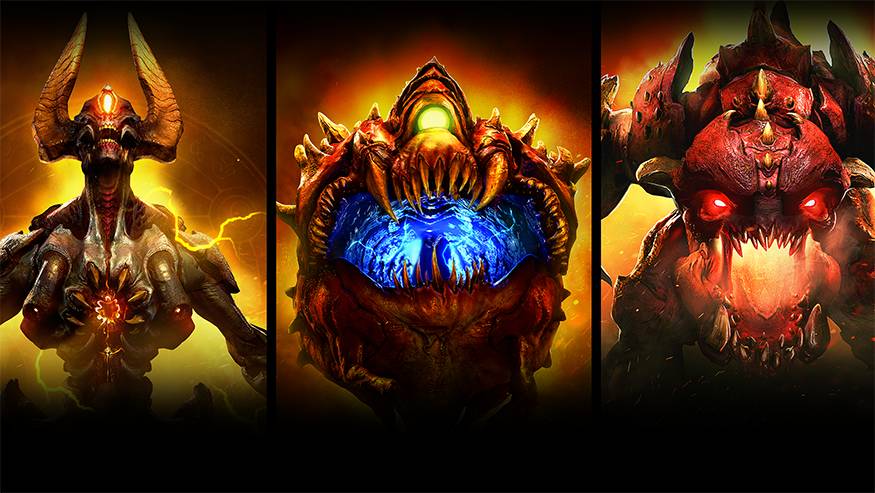 Whether you’ve been playing for a year, a week or even if you still haven’t Glory Killed your first demon, we’ve got some exciting news for you. This week we’re rolling out the “ultimate” DOOM experience and offering it to new players at a hellishly...

Sometimes Bethesda forgets they are supposed to be “Big Business” part of evil Corporate Commander’s henchmen, and so they do something nice instead.
Still doesn’t really excuse horse armour, but i’ll take this with a smile anyway
Shh, don’t mention it too loud at the board meeting, or else niceness might just risk spreading to other AAA “villains”, oh the horror of it!

gotta love id Software for keeping to update a multiplayer content which even had/and still have no microtransactions since day 1, (quiet… did you hear that…?.., EA, Ubi and Activision just passed out), and trying to revitalize the MP section, of a game with so focused SP aspect it stood tall on its own no less. Now a complete package at permanent lowered price, wow.

Too bad there was only ever multiplayer DLC made and the multiplayer was kind of shit and not developed by id software and made for an awful beta test weekend that tricked a lot of people into thinking the single player would be shit as well. Well done marketing team!

35gb patch but makes the overall game like 10gb smaller i think
tho they totally should have separated sp/mp download+launcher tho (which is weird since it relaunched you when going multi anyway)
btw id soft did take control of mp a while back, not that they made it spectacular or anything but at least it’s not as terrible as it was, even if it’s just decent/meh now depending on pov
but could have been much fore for sure
and yea, prob not the best marketing blunder… then again the whole “no-reviews copies” follow up wasn’t exactly brainy either. Who knows ,they might come around on that front again someday and surprise us once more by not cocking up every time, or at least just a little less

Oh I might to download it tomorrow and see if it wants to run on my potato. It’s a real good price too.

i think it’s worth it for the sp alone, i love that campaign
the way Bethesda phrase the update announcement makes it sound like they are gonna have a 15$/€ sale this weekend too when it goes for "free trial"weekend
(at least that’s my assumptions when they claim to sell it for 15bucks but is currently at the new lowered 30$/€ retail price),

30 is a good price and well worth it imo, 15 is an absolute steal if they do that

I picked it up for $15 during the summer sale and yeah it’s certainly worth it for the single player, at that price.

I suppose I might just as well check out the MP now that they’ve changed things and maybe they’ve learnt something from quake champions.

You might say I’m too picky but I don’t consider 30 in an fps fine.

That was the automatic resolution it chose for my 4:3 monitor.

Guess it depends on what’s considered a potato.