Destiny 2 is Free On Steam

From TechSpot:
“In June, we reported on Destiny 2 developer Bungie’s decision to split off from publisher Activision, taking their flagship franchise with them. This decision was reportedly made after the studio grew tired of Activision and its tendency to exert control over the projects it helps fund…This week, that migration finally began to take effect. Destiny 2 has now disappeared from the Battle.net launcher, and officially launched on Steam. The game is now available at no cost and free account migration services have been made available to existing players.”

Guess I better transfer my stuff over then. I had thought it was going to stay on the battle.net launcher anyways?

No, it isn’t going to stay on Battle after the switch. It is going to be a Steam exclusive going forward. I believe you had until Oct 1st to transfer though, so it may be too late. If not, just log into the Blizzard.net site and you’ll be presented with the information to transfer.

Currently classified as “BORKED” on Proton.db:

Which is to say it doesn’t run on Linux via steam play.

I can confirm, is free on Xbox One too, once this thing has cross play, I’ll be glad to tag along with my under-leveled character.

On a side note, Late to the party Sony has apparently finally rolled out it’s PS4 cross play features for developers to use… yay?

I guess playrbase was dying out so that was the only logical step. Brace your anuses for more microtransactions.

I guess playrbase was dying out so that was the only logical step. Brace your anuses for more microtransactions.

Not necessarily, They broke up with Activision earlier this year and since then it came out that Bungie didn’t like where Activision was taking the game with all the Macrotransactions and how Activision wanted it to it be annually released and so on. So with them now self publishing it they had to move off of BattleNet so they moved to steam and decided to go to free-to-play and make most of there money from expansions rather then milking there players for every last cent they have with Mircotransactions and yeah they probably will still have microtransactions in the game but not as predatory it was. They just want to make the game they want now and not the way Activsion wanted.

I have a question about Destiny 2. I can’t install it now cuz I have no space for that (nor data allowance after downloading Ass Creed Odyssey), so I want to add it to my favorites so i dont forget to play it later, but it doesn’t appear in my library although it does appear among my games when i click on games in profile. Is there any other way to add to favorites?

i can’t remember if freebies appear in recent when added, but try to check your Recent tab, then click + set category from there

dude, is this yr first official comeback post? and u gave it to me?

but i think those are only games u actually played no?

recent tab, is for any game recently added, but it might only count for “real” games, since freebies get added to account, but not regular library status
but any retail key you activate, but not install, will also show up in the recent tab, in order, and then only shift after being installed/played XYZ time

(and no biggie, i just happened to be reading and thought i’d pop in some rando tip to see if it panned out)

, might not be back in full form yet, will see during the week

yeah, im sorry im gonna come off as an idiot here but i rly dont know what u mean by recent tab in this case; pretty sure u dont mean recently played games, as ive never played it, but i dont know where to find this recent tab u speak of

in client, click/mouse over library (top bar), and it drops down, “games, software, music, vr, and favourites installed, recent” etc etc
click the recent tab see if destiny shows up there along your recent added keys and played games
basically hit the library sort button to switch to only display the recent tab instead of your usual “all”/games or installed or whatever you have it set to

yeah, it doesn’t, but thx a lot for the effort

it’s so weird, it’s on my games going from profile, but not in my library

no worries, was worth a shot 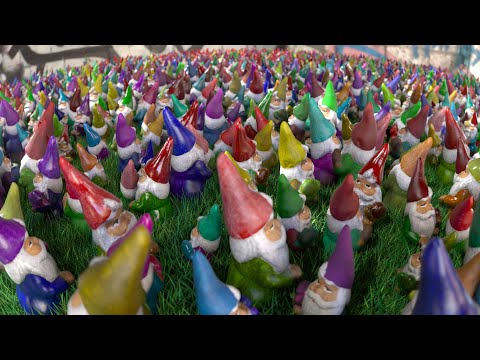 @M00, Mine didn’t show up in my library until I did (just now) the transfer process. Once my battle.net destiny account transferred to steam it now permanently showed up in my library.

hm, i only played it for like 10 min or so when it first went f2p, but so at least i should have an account so maybe i should do that then

Yay glad it worked for you too. I really should play through it, but I need to finish the Batman Arkham series and the dark souls 3 DLC first.

Anyone want to get a strike team together sometime though?