I don’t know about this, COULD of course be a fun little weird game thing that is best experienced without any prior knowledge. Could also be ransom ware that’ll lock my computer down and encrypt my hard worked for anime collection.

I’ll have to pass on this too.

I mean I don’t think you’re trying anything underhanded here, @HouGuard, but unless you made this yourself and can prove that it is not malicious.

This is by the Undertale folk(s), not spam.

I’m sorry you took it as a joke. Just felt like i’d not spoil the surprise.

You are right. I should have considered how sketch the site looks. I apologize.

You are right. I should have considered how sketch the site looks. I apologize.

-then again i felt that too when i looked at undertale

Just finished the “thing”, and the “thing” was pretty great. Go play it when you’ve got the time. It’s surprisingly lengthy.

I guess also Game Theory now has plenty full of content to theorize about.

A friend of mine bought Undertake for me and he came to my house and we played 4 hours together and it was fun, but anything is fun with him because he’s one of my best friends and I love him.

I was going for pacifist, under his suggestion.

Question 1: can/should I try this out without having finished Undertale?

Question 2: can you tell me what you like most about Undertale?

I’m trying to get back to it but… you know when you don’t feel “in tune” with a game anymore?

Good question. I’ve never played Undertale, so I’m curious if it’s standalone enough for me to try yet.

Question 1: can/should I try this out without having finished Undertale?

You can,(and be mostly fine) but you’d definitely get the best experience if you at least complete both of the polar opposite endings.

Question 2: can you tell me what you like most about Undertale?

Without a doubt it’s the quirky characters and their dialogue. Also my kryptonite is puns. Don’t judge.

Thanks for the reply, man!

I’ll think about checking it out

So… am I missing something or are you saying you hate puns?

No no, quite the contrary. It’s just whenever people mention puns in a comedic sense, they always seem to come off like it’s the most vile and cheap form for comedy. I guess i mean if your punchline end in an excellently timed pun delivery. you’ve won my heart.

Awwww this is so sweet.

(this is a reference to an exchange we’ve had recently, where Eidos lied to themselves thinking they didn’t like me anymore. Foolish thoughts *goes back to stroking a capybara*)

That’s pretty nutty. Never heard of choosing parts for your PC depending on a singular games requirements. Also realized i missed a great pun above. 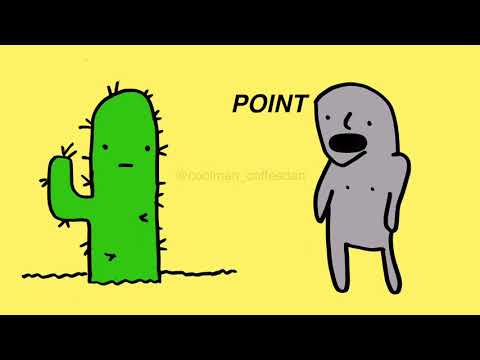 Here’s a video for you so we can finish derailing this thread.

I did. But i forgot what the term was called.

I actually believe it’s the sign on Torial’s tunic?

INFINITE AMOUNTS OF DECEIVING INNOCENT PEOPLE TO TRUST YOU!