Deiland: Pocket Planet (Free If You Own Original)

So the previous Deiland game was retired from the Steam store recently, and is no longer able to be purchased, and a new “Remastered” version is being planned:

You can read about what you need to do in order to claim your free copy of that game when it eventually releases.

If you don’t want to click on the link, here’s the pertinent info:

If you have Deiland, the previous version of the original game, on your Steam Library, don’t worry. You won’t have to purchase it again. Just complete this form before the game releases and we’ll send a Steam key for Deiland: Pocket Planet for free!

You will have to put in your email, Steam name, and also a screenshot showing that you own the game.

According to the news update, you need to do this prior to the release of the Pocket Planet edition, so definitely make sure you jump on it sooner than later!

EDIT:
Not sure what is going on, clearly the Google forms is not currently available, probably b/c like others have mentioned, this is very cumbersome and unnecessary because Steam should be able to do it automatically for people who already have the original game. We will just have to wait and see what happens I guess.

Well that’s a very weird and cumbersome way to handle such a situation when Steam already provides ways for that to be done automatically. Also demanding that everyone who is interested fills your form out before a certain deadline or presumably forfeit the offer is also kind of shitty tbh, the majority of eligible people will never see this announcement.

In fact the offer for the new title is not made in the announcement post attached to the old game, so no one who has that game will be seeing it. You have to actually visit the store page for the NEW game that no one otherwise has been made aware of.

The dev closed the Google Form.

On the Steam page announcing the giveaway some users were giving feedback about the form being confusing, as well as proposing an alternative method the dev could use to automatically add the game to people’s libraries based on ownership of the original. It could be that the dev is closing the form to do it a better way. 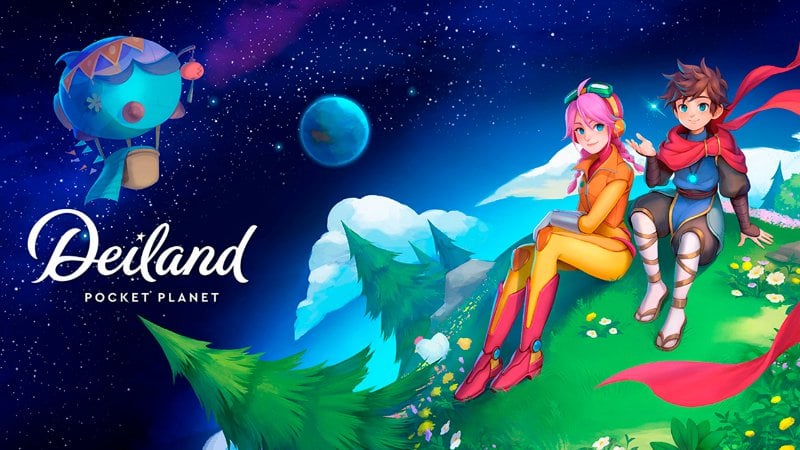 r/FreeGameFindings - [PSA] Deiland: Pocket Planet is Free For Those That...

About you folks handing out keys via Google Forms :: Deiland: Pocket Planet...

So I just found out that you are manually handing out keys to those that provide sufficient proofs that they own the old Deiland. I just wanted to inform you that this is not necessary. You can use the publisher tools of Steam to manage this. Just...

Google Form is open again. Go get your key ASAP.

I sent mine in.

Sweet! I love it when devs do this!

Inconvenient as is, the reason for the Google form is b/c they decided to step away from the publishers of the original game it appears, thus they are doing this instead. Cumbersome but at least in good will they are giving away the game for free.

About you folks handing out keys via Google Forms :: Deiland: Pocket Planet...

So I just found out that you are manually handing out keys to those that provide sufficient proofs that they own the old Deiland. I just wanted to inform you that this is not necessary. You can use the publisher tools of Steam to manage this. Just...

I wonder if this is another story about a shifty publisher stiffing the devs on compensation and refusing to give the game back to the rightful owners. Then once the devs put up their new game the publisher will sue them for copyright infringement claiming to own the IP and assets as stipulated by the contract they breached when they didn’t pay the devs in the first place.

I’ve seen that story go down a couple of times now.

Just got a confirmation email today about being registered on their list. They messed something up with their database it seems.

Thanks, and FNAME to you too Deiland.

I got the same email 2 hours ago, so they are sending them out those confirms now.

Yup, yup. Hopefully no hiccups between now and when they need to distribute the keys.

I also checked my mail and there it was on my spam box. Thanks for the heads up, @Fraggles

I never knew you were a yuppie! Just kidding

Still waiting on this too…

Deiland: Pocket Planet was released today, and as promised they’ve delivered the keys to our mails. Go check’em!

YAY! I was wondering about this the other day. lol Thanks for letting me know!

Got my key too!

RIP, I could never get the form to work. Here’s to hoping they will eventually find a way to give it to all OG owners!