Death Stranding has finally come out for PS4 on November 8th already, did not know this unfortunately, and it will also be coming to Steam and the Epic Games Store sometime in the Summer of 2020. I am very excited to see this game finally come to fruition. I and many others have been waiting for this game for a long time. If you know nothing about Death Stranding, at least know it’s by Hideo Kojima. The creator of the the Metal Gear Solid series. Which they are incredible games. I’m super excited to play this game and know that it is finally out. Not sure which version I will get. Kind of broke at the moment. Anyways, there are some awesome trailers to check out. 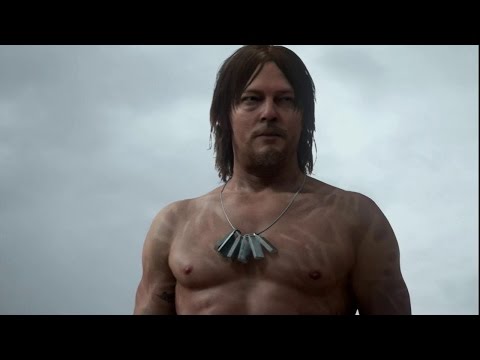 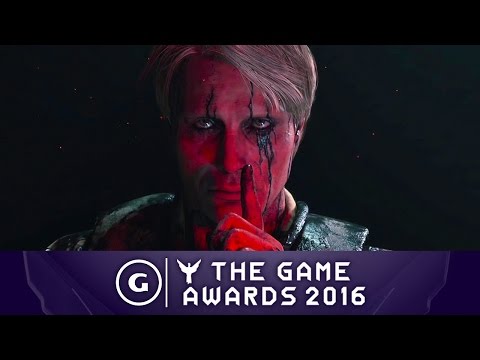 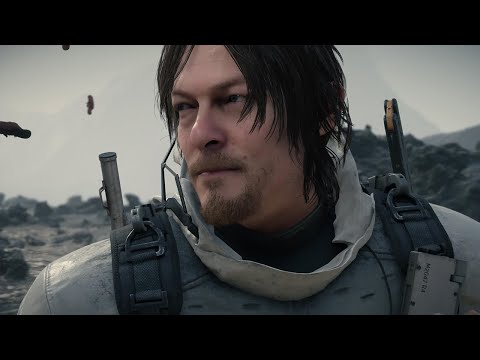 yeah, i’ve been watching some streamers run around in its world while making sure to avoid spoilers and I’ll definitely get this on Steam some time

If you know nothing about this game then DO NOT put any stock into it because of the Kojima name. Go find out exactly what this game is, this is NOT a game to purchase blind.

It’s also near impossible to spoil for a number of reasons, primarily because the story beats are so sparse you can watch a streamer for hours without hitting any. Also nothing makes a whole lot of sense so even if you do manage to see a random mainline cutscene you won’t understand what’s going on.

It’s a shame that Xbox One is being left out, but otherwise its great that Kojima was able to make a game on his own terms without insane company regulations. It doesn’t look like it’s for me but I’m grateful others can enjoy it (well, if they enjoy it).

Yeah i dont know about this game, from what i have heard its kinda just glorified fetch quests with some balance mechanic not a lot in between. I guess i haven’t looked to much into it or watched a playthough but it doesn’t seem like my type of game.

Edit: I man there are some other more significant gameplay elements but i won’t talk about them incase people will feel they are spoilers

that is such a weird thing to say, then you might say exactly the same thing about authors, musicians, movie directors, and even politicians (well, that last one is a bad example

Go find out exactly what this game is, this is NOT a game to purchase blind.

nope, I intend to not know more than I already do, and everything I’ve seen from this game makes me want to play it

It’s also near impossible to spoil for a number of reasons, primarily because the story beats are so sparse you can watch a streamer for hours without hitting any.

I find that very hard to believer. Certainly there must be some plot points which would spoil a lot if you happened to watch a streamer at the exact moment those come up.

Also nothing makes a whole lot of sense

no idea, that’s something that I’d like to discover once I get to play it

even if you do manage to see a random mainline cutscene you won’t understand what’s going on.

again, for some cutscenes that might be the case, for others not, but in any case it might still spoil major story developments such as a character dying or a different setting, for example (these are just examples I came up with, no idea if such could happen)

that is such a weird thing to say, then you might say exactly the same thing about authors, musicians, movie directors, and even politicians (well, that last one is a bad example

If ACDC decided to release an album with baroque violin music, I’d advice any fan of ACDC to find that out before buying the album expecting ACDC’s usual musical style. Anyone who’s a fan of Kojima is so primarily because of his Metalgear games, this is so far from a metal gear game that it warrants his fan base to approach this title forewarned.

The point about putting stock in a creator’s name is that you expect them to deliver in the style they have before. When they decide to radically alter what they make it nullifies the stock you can put in name alone.

You’ve already seen some cutscenes if you’ve watched the trailers. They’re all in game cutscenes and they’re all as nonsensical stand alone. You only gain some understanding once they’re viewed in context of everything else.

ok, but I think that just like in the ACDC example that you’re giving, not one person who’s seen anything related to the game will mistake this for anything similar to what came before.

I might have misunderstood you as I felt you were implying the game isn’t any good (again based on someone else’s opinion), which would be my bad then, and which is why i felt i had to answer.

Just saying the game is bad is way too simple. I don’t think the game is GOOD though, I intend to expand upon that at a later date I also don’t mean you need to see ALL the game before you buy it. Just know what it is you’re buying because as I said “if you know nothing about the game” you’re likely to face disappointment.

Especially if what you’re looking for is MGS.

I usually never care for cut scenes in games, but knowing that the trailers looked pretty awesome and I knew it was by Kojima just had me excited to play it. I wasn’t expecting the game to be like the MGS series at all. I’ll still buy it regardless when I have the money. You don’t necessarily need to know what a game is about in order to play it. It definitely helps, but sometimes you can just take a gamble and sometimes a game may be bad to others, but if you enjoy the game that’s all that really matters. Always good to try out different games despite what others say.

You’re talking in general and with that I agree, but I’m talking in particular. THIS game is special for a whole lot of reasons and all of them means you really should have a heads up before making your decisions here.

I’m not a Kojima fanboi though i can recognize his talents and contributions to gaming that said i feel like only few people will genuinely enjoy this game for what it is. Majority will be attracted by Kojima’s brand or how unconventional this game is and will go full hipster on it . 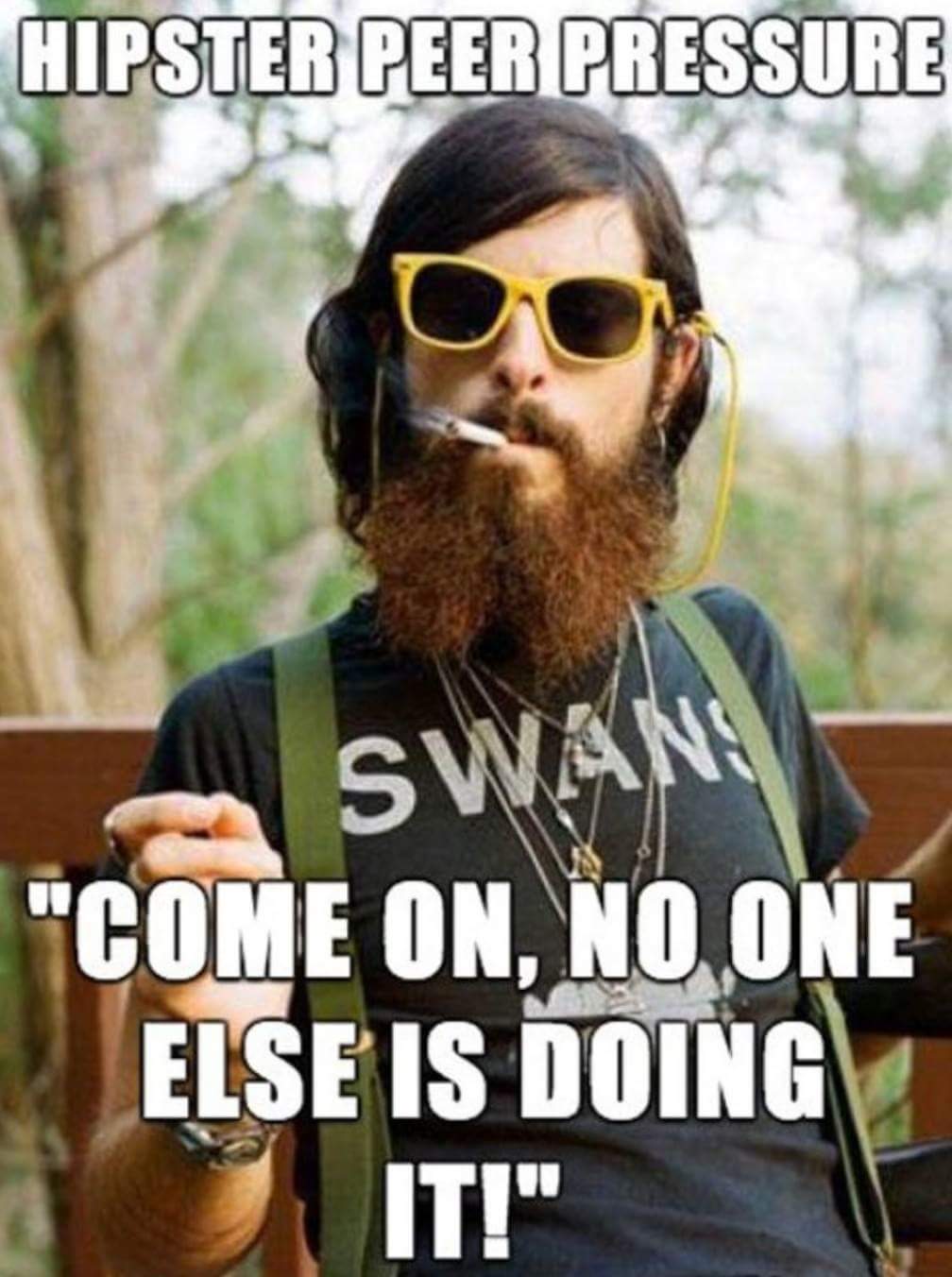 This project really feels like Kojima is utterly bored of stuff he was doing all his life and he just wanted to make whatever he felt like and go full ‘Kojima’ , which is nice for him as an artist i guess but as a full priced major release? I’m not convinced. This would work more as a smaller indie’ish release.