Last time I tried to get a visual hat, a HAT!, in Path of Exile with the same twitch drops mechanic and…

I’ve watched every major for the past 2 years and I’ve got nothing. Guess I’m just really really unlucky.
Thanks for the heads up though. Maybe my luck will turn around this time!

I’ve gotten drops every single major except for 1, once i actually got 3, rofl, and I know another guy who got 3 once, but I also know a guy who never got anything; he gets so pissed about it i die laughing.

Make sure yr twitch account is connected to your steam though

also got 2 rocket league drops though i hardly watch that ever, that was pretty insane; i dont know what the drop rates are but rly insane 2 drops in like 2 hours or so

This sounds interesting, how exactly do you partake in this?
I need to get back into CS:GO sometime.

If it hasn’t changed from last time, you just need to link your Twitch account to your Steam account and stream the matches that are being played. Either that or you can just watch it directly from the in-game spectator mode.

At numerous times during the matches, a handful of people will be randomly chosen to receive a “drop”. In CS:GO, these drops are called Souvenir Packages that vary accordingly to the map being played. Most of these hover at around a few USD on the market but its value inevitably falls over the course of the tournament as more people receive the drops. The big one that everyone hopes for however is the Cobblestone Souvenir Package so cross both fingers when that map is being played because that beauty is worth ~$30 with previous iterations of it fetching hundreds of dollars.

Also, to check if you’ve struck gold after (or while) watching the stream, you will have to log into the game to receive your drop. They won’t just magically appear in your Steam Inventory.

Also, to check if you’ve struck gold after (or while) watching the stream, you will have to log into the game to receive your drop. They won’t just magically appear in your Steam Inventory.

Well damn, I didn’t know this part, I don’t even have cs:go so it’s pointless then, thanks I guess.

That’s actually not true intimid, they do magically appear in your Steam inventory, and then yr steam profile shows it by saying 1 new item in your steam inventory, which led to an inside joke among my friends and I where we would post comments on each others’ steam page, saying +0 items in your inventory.

The joke is that Steam would show the person a notification (because of the comment), and thus that person’s heart would start beating, thinking they got a drop, only to see they were getting trolled. I have one friend in particular who is really trollable like crazy, works every time, rofl. 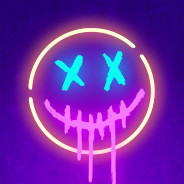 @nebula7 so it’s not pointless at all, u can get the drops and sell them as long as yr steam is connected to yr twitch

Yeah I was just checking around

Q: Do I need to have CS:GO and/or Steam open and running to get drops?

A: Not at all. Otherwise, that’d defeat the purpose of linking with Twitch, don’t you think?

Sorry my bad. Must’ve just been a rumour that floated around a few years ago.

hah, just got one, mirage, only 2$, but profit is profit

friend got so pissed he immediately went offline, rofl

and then we count in data usuage for stream, power consumption, etc etc. “expenditures” -and you are now 3$ “in the red”

gz tho, 2bucks is 2bucks, always amazes me when someone is lucky, feel like i’ve been unlucky so many times it’s completely jaded me from participating in any types of “lotteries”

-"RNGesus, why hast thou forsaken me, and why do you hate me so?

Yet Grim Dawn was like your game of the year. You can’t stay away from RNGesus.

oh just because RNGesus won’t show me any love, doesn’t meant i wont follow around like one of those crazy stalker fan type thingys

and with the new dungeon being released soon, -and potentially more content later this year too (crossing fingers the rumors/hints are true), i’ll probably keep showering RNGesus with affection, even if still refuses to give me the drops i want there then too

2 Likes
What's the best games ever on the Chrono list in your opinion?
next page →