CSGO now as a free limited version. and this is what you get for Free, offline play against bots and spectating matches through GOTV.

This is a game that I’ve tried, but can’t get to enjoy due to low FoV and consequent motion sickness. Same for Left for Dead and Half Life.

This is a game that I’ve tried, but can’t get to enjoy due to low FoV and consequent motion sickness.

Last I played it had a FOV slider…for years.

If they would have released this earlier I would never have had to buy it lol, I only ever play vs bots. (and even then, this game has the worst weapon logic on earth which is annoying)

As far as I know, there’s no such thing, you maybe thinking of viewmodel.

As far as I know, there’s no such thing, you maybe thinking of viewmodel.

I’ll start it up in a few just to check, my dude

I swear it was removed lol, yep, no FOV slider

why anyone would want to play against bots is beyond me; this is one of the best competitive shooters ever made, it’s all about yr skill vs the others’ skills, and skill comes with time. Though I have 950 hours in this game (next game [rocket league] is not even half that and probably will never make it that far ever), I was never that good (never made it past gold nova master, which is just above half of the skill levels), but I blame my age (started playing at 33), my equipment (30-40 frames on my laptop at the time I played), and my connection (80-110 ping on “good” servers and “good” days [connecting from Egypt to European servers]). I certainly wouldn’t blame myself or my skills ROFL. (The weird thing is I would almost always be top 3 on DM servers, even winning now and then.)

in any case, I love this game and will always love it, even if i don’t play it anymore (i dont even uninstall it though i havent played in like 6 months or so, and that was 1 comp game, and before that didn’t play another 6 months, lol)

sry but that’s not true, the spray patterns are fixed, so all u have to do is learn them, there’s even special maps and tools for that in the workshop, like this 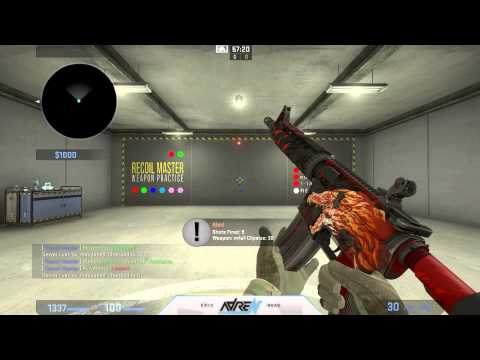 and there’s aim training maps too 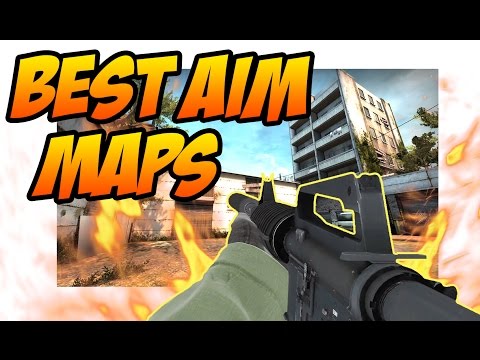 in any case, I love this game and will always love it, even if i don’t play it anymore (i dont even uninstall it though i havent played in like 6 months or so, and that was 1 comp game, and before that didn’t play another 6 months, lol)

sry but that’s not true, the spray patterns are fixed, so all u have to do is learn them, there’s even special maps and tools for that in the workshop, like this

and there’s aim training maps too

Yeah, you love it that’s why you defend it, but the weapons all feel wrong.
1st shot: 100% accurate on any distance
2nd shot: will never hit anything no matter where it is unless you cease fire for half a second

Yeah it’s possible to learn it and then it’s skill based, but the amount of bullshittery I’ve had wt a fucking NEGEV (Light Machine Gun wt 100 bullets/mag) standing 2 FEET AWAY from my enemy, crosshair ALWAYS ON POINT and not hitting anything is TOO bullshit to me. If you don’t know how exactly a gun behaves exlusively in this game, then it’s over for you. It’s like the devs didn’t know what the fucking shit a crosshair is for, it’s to show you where your shots will approx. go. NO NOT IN CS, might as well play without crosshair. How so many ppl enjoy learning this is beyond me. 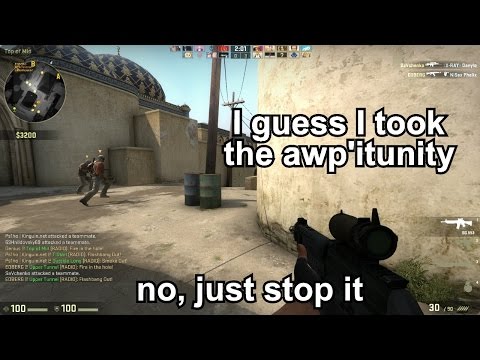 (This is funny guys just watch it even if you don’t care about any of this, for proof of bullshittery check 0:18 or 5:01)

You can at least turn up FoV to 90° Horizontal. If you want, you can use sv_cheats 1 and cg_fov to go beyond 90° in singleplayer. Be warned, this will prevent achievement unlocks.

You’re talking about viewmodel via command prompt? I’ve done that, but it doesn’t change the FoV, just your character model.
I’ve tried pretty much everything in most Valve games, there’s no cure for that low FoV

the amount of bullshittery I’ve had wt a fucking NEGEV

I guess that about says it all; I shouldn’t even argue with u; anyone who knows anything about cs go will get what i mean, lol

also, the example at 0.18 is pure ignorance, cuz anyone knows u need to pause to have the accuracy of the deagle reset before shooting again, that again is a matter of skill and knowledge, u aim for the head, if u get it they die, if u dont, u wait half a sec and then do it again, if u suck, don’t buy a deagle

most automatic weapons have good accuracy for the first 2-3 shots, and then ppl with skill who took time to learn the recoil patterns know how to counter the recoil and stay accurate and get kills

OMG, the example at 5.01 is a JUMPING SHOT with the ak; again, u just don’t know what yr talking about so pls go play COD, it will save u and others a lot of frustration

look how the pros do it, notice the crosshair isn’t on the head once they go past the first 2-3 bullets and continue spraying, and notice how they are able to transfer the spray from one enemy to the other and keep killing them, because 1. they have the knowledge of where to put the crosshair, and 2. the skill to do it

the joke is u probably think this is actually rng, rofl

yes, you prove what I said. It’s screwed logic, it can be learned, but I can’t grasp why anyone would do that. I can do perfectly fine in any other shooter and I’m not interested in learning CS simply cause Valve felt like creating their own logic.

and ofc you look down to ppl who play COD, CS is just too elite to be compared to another popular shooter. I can’t take anyone who counters arguments wt “go play COD” seriously anyway.

ofc you look down to ppl who play COD

that is absolutely not true actually, lol, it’s more of a meme, but it is obvious that that game will suit u more. I used to play COD well b4 i played cs go, and i finished a lot of their campaigns and think it’s a great casual multiplayer game, I also have over 400 hours combined in BFBC2, BF2, BF3, BF4, and BF Hardline; the mere fact that i say that about myself proves that i absolutely do not look down on those games or their players

I think we both agree that cs go is just not for u; i just don’t think it is fair to say the game has no weapon logic and that i only defend it cuz i like it; also, i think it’s fair to say it doesn’t matter what any of us have to say about the game rly when u realize it’s the best-selling PC game of all time, even outselling minecraft, that has to account for something, i guess, unless PC gamers don’t know what they’re doing and don’t know a good game from a bad one; it’s also still one of the most played games overall, after 6 years (and 18 years after the original launched) CS:GO Is Now the Best-Selling PC Game Of All-Time - GameRevolution

yeah cause pro cod players are casuals, ofc. I couldn’t care less about sales, it’s popular, it’s on TV (for dumb reasons like murderer X had this on his PC), it’s cheap, ofc everyone owns a copy. Tf2 also is one of the most played games and barely anyone I know played it. Rust is in the top 20 and it’s a game where naked men shoot each other for the most part. ARK, one of, if not the most bugged survival game, sold like crazy cause it has dinosaurs in it and the buzzword survival game around it.

Sales just show what’s popular, not what’s good. I’m not saying CS is a bad game, all I’m saying is, unless you “studied” that game, most things about weapon physics and gunplay will seem like bullshit to anyone. Also the community is worse than the DS community and you telling ppl to “go back to COD” doesn’t make it seem any better than it’s ever been.

anyways, let’s move on, shall we?

you telling ppl to “go back to COD”

pro player generally refers to “the best” and not “paid for”. that’s what I mean, consoles and fps don’t go well together anyway (comp)

pro player generally refers to “the best” and not “paid for”

Professional Definition & Meaning - Merriam-Webster [after ‘pro’ being referred to ‘professional’]

A pro player is a professional sportsman or woman.

Pro definition: A pro is a professional. | Meaning, pronunciation, translations and examples

I know the definition and I know how it’s used in colloquial terms, which is “he’s pro at this” = great players.

Nope, viewmodel is a separate command and in some games works without cheats. viewmodel_fov is what you’re thinking of. Either cg_fov or cl_fov will fix your FoV problem, but it’s restricted between 75-90 without sv_cheats 1.

Not much use for CSGO, but good for HL2 and expansions. If you want CStrike with no FoV issues… Pavlov is the reason I still use my Oculus.