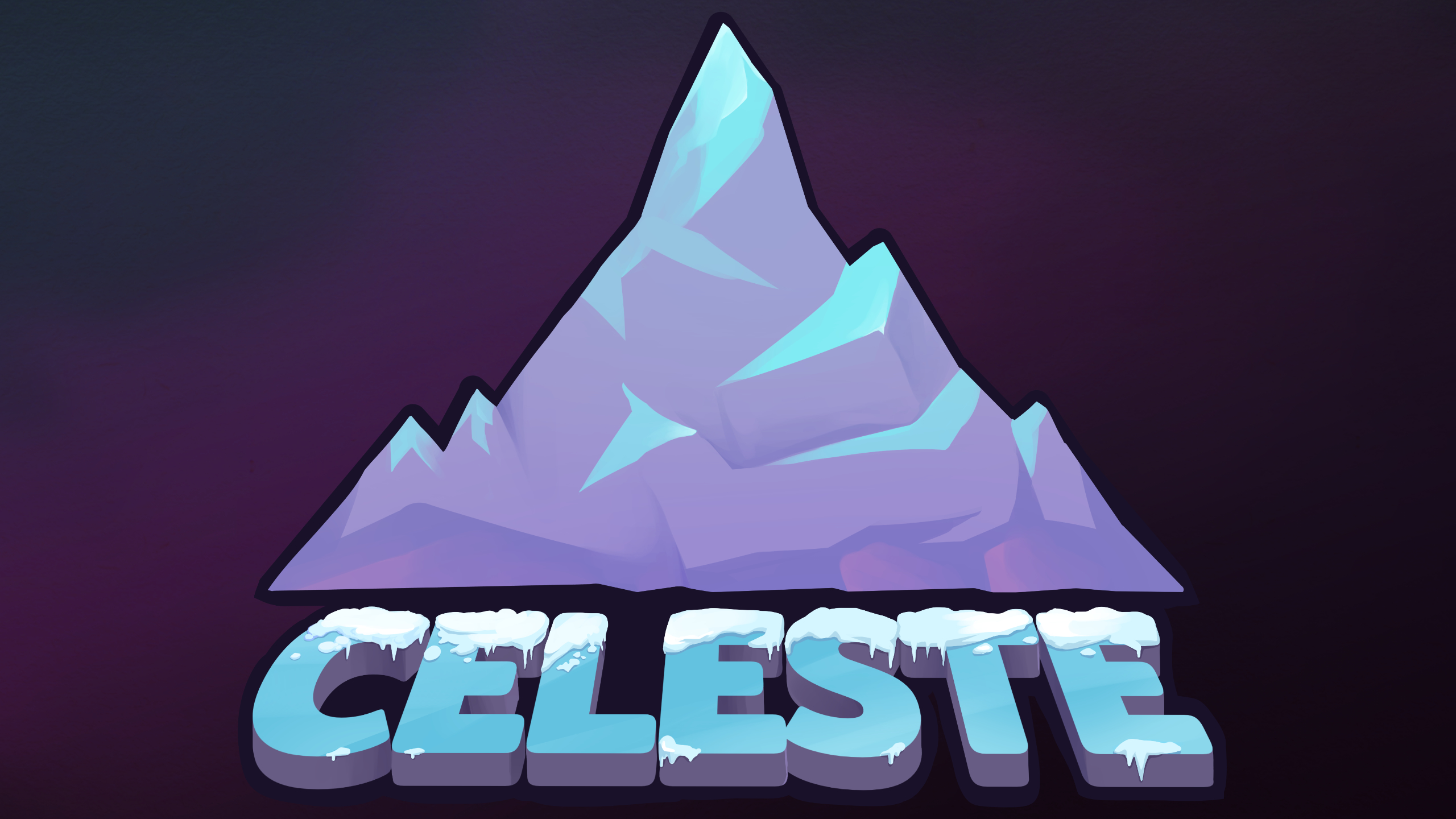 Download and play Celeste at the Epic Games Store. Check for platform availability and price! 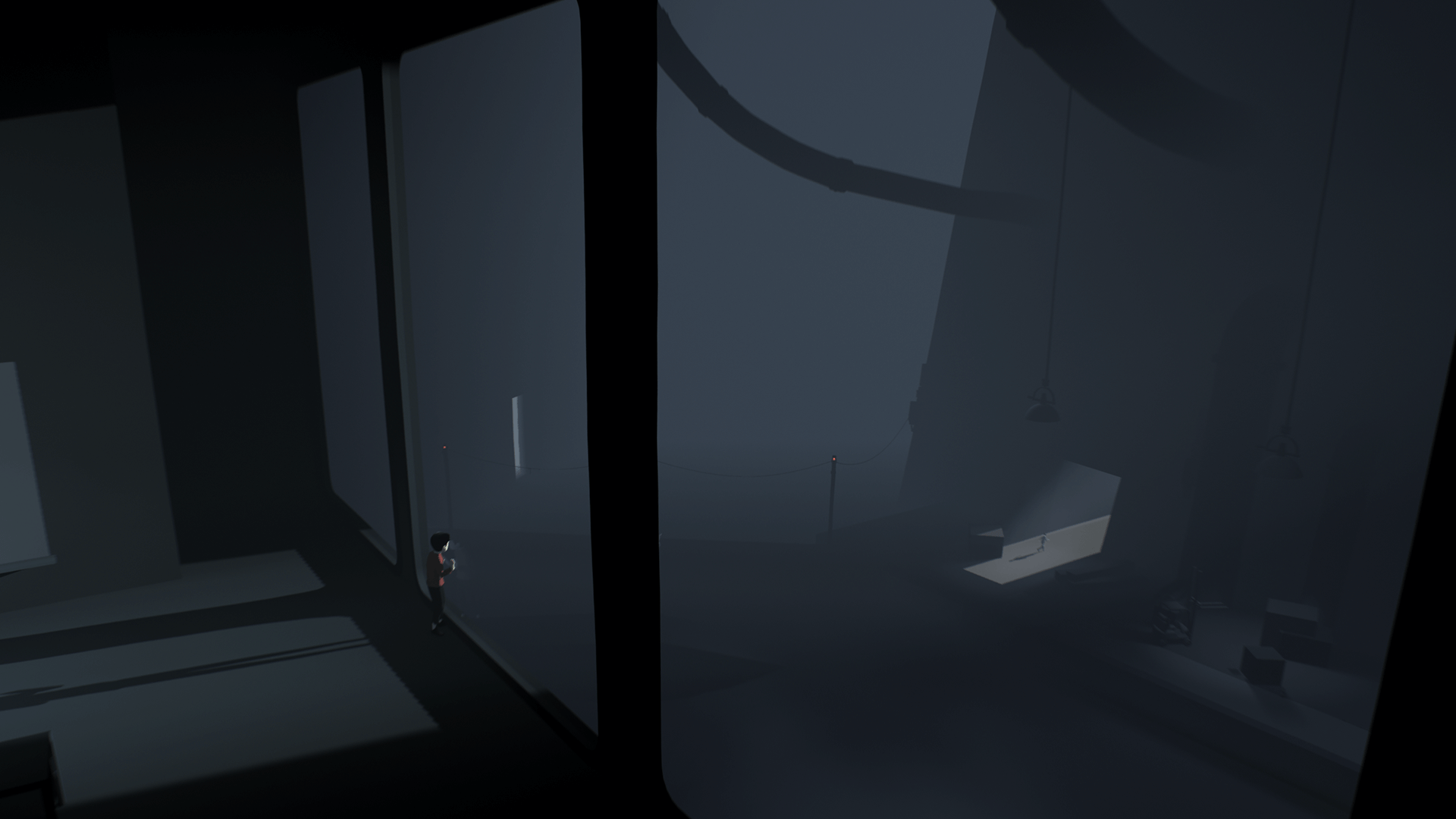 Download and play INSIDE at the Epic Games Store. Check for platform availability and price! 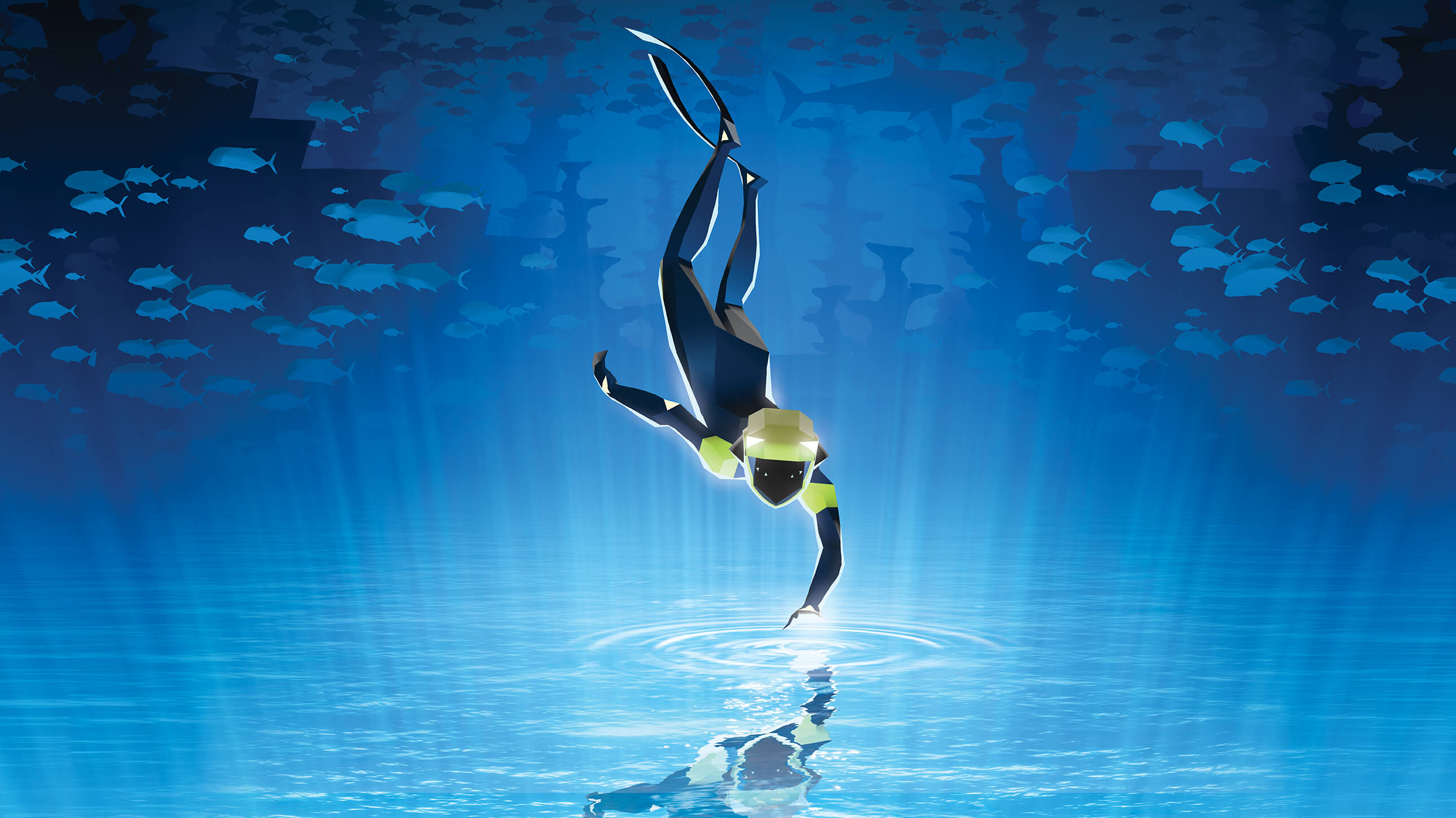 Download and play ABZU at the Epic Games Store. Check for platform availability and price! 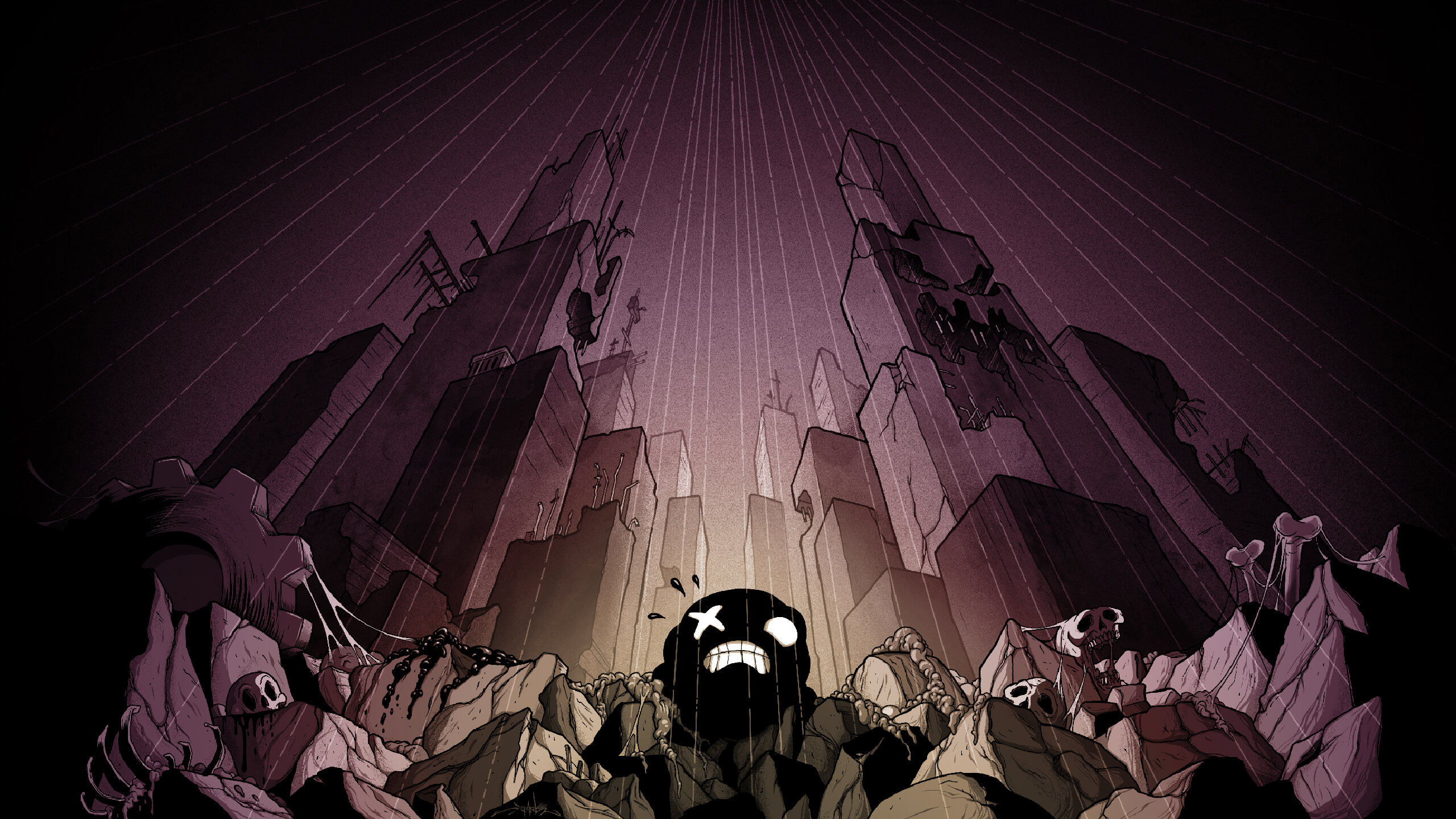 The End is Nigh | Download and Buy Today - Epic Games Store

Download and play The End is Nigh at the Epic Games Store. Check for platform availability and price!

This is a new global law, not sure if you’ve heard of it:

PLAY BOTH OF THESE GAMES.

If you haven’t done so already, PLAY BOTH OF THESE GAMES!

I don’t write good reviews like YQMaoski and coralinecastell, but I can say INSIDE is one of the most inspiring titles I’ve ever experienced. And Celeste is just great because I like Super Meat Boy and VVVVVV and pixel games and good soundtracks and other biased reasons.

Use of a gamepad is recommended for both games

EDIT: Oh and Celeste manages to add an introspective and thought-provoking story to a cutesy platformer. Explain how they did that one…

sniff That’d be awesome. Me no can run the things. sniff

Thanks for the heads ups @GeekInUndies. ^^

Agreed, one of the few games that once I started playing I could not stop. It was so good

Thanks for letting us know these free things. If it wasn’t for you I would never know about things on the Epic Store.

I wonder if the EGS version will have Denuvo.

Abzu’s gog version doesn’t have denuvo, I do not understand why they have not gone ahead and removed it from the steam version yet. I guess it’ll depend which package of their title the devs decides to send to epic.

Inside is kind of meh in my opinion, it’s one of those games jurno indie darlings that they decided from the start was OMGAMAZEBALLS based solely on who made it and that you’re not allowed to criticize. I found the game play kind of stale, offering nothing particularly new or interesting. The ‘story’ is underdeveloped in favour of leaving everything floaty so that you can fill it out with whatever you please and any criticism can be countered by “you just didn’t get it”. Something that’s been a rather in vogue recently.

Worst of it is the world IS kind of interesting, I would have been up for investigating and finding out more about the world. Instead it’s just a kind of pointless set for you to move through at a brisk pace, the whole thing left me a bit disappointed.

Getting it for free is fine of course, no harm done there. $10 top tier on humble bundle looked like a bit of a joke to me though.

I totally disagree with you about Inside, and I’d be glad to criticize it if I really did believe it wasn’t that great. It’s been a while since I played it and it’s kind of hard for me to comment on the gameplay now, but I really love how the game looks, and it has a really great atmosphere, and creates tension without really feeling like a horror game. I’m kind of having a hard time reviewing a game I played so long ago, but my point is mostly that I would definitely have criticized it if it was bad but a game that “you’re not allowed to criticize”

Kind of proving my point there a bit. This is the 2nd thread with several posts raving about how great this game is. I make one post putting my opinion out there in contrast along with a few reasons for why I think so and you felt the need to protest that, why exactly is that? Clearly many people disagree with me on inside, this has been established already.

You couldn’t even give much of any particular reason why you like it so much. Looks, atmosphere and tension? This game you claim is so great doesn’t seem to have left much of an impact in your memory has it?

I last played Final fantasy 6 over a decade ago and I could hold a 3h lecture on exactly why I think it’s one of the greatest JRPGs and video game stories ever created. Mark of the Ninja is 7 years old and I could describe in detail a great many things I find that makes it an amazing game. I can’t even remember the last time I played SM:Alpha Centauri but I could give you an exhaustive comparative rundown of 4x games and tell you why I think SMAC is the best one.

Inside however I can tell you about how bored I was. How easily the tension you value crumbles the moment you challenge the game and wont go along with the tightly scripted corridor it wants you to head down. Or about how dull it is to wait for shadows to move so you can progress or run to the next piece of cover and wait, how basic every single puzzle is and how absolutely disappointingly pointless the ending(s) are.

Tension? There are no stakes, death is a momentary setback. There’s no room for alternative or creative solutions to anything. Try again, do what the game wants you to do. No you’re doing it wrong, bad player, do it again! Once you actually subject the game to an ounce of scrutiny it falls apart.

Good thing then I guess no one was allowed to scrutinize it, so many people told themselves they had a great experience. I’m not really here to try to ruin your memories of it, but I will voice my opinions on the matter and if you want to disagree then feel free to do so. Maybe try to inspect your reasons for why you think what you do though.

Mark of the Ninja is 7 years old

Unfortunately, not everyone remembers things quite so well.

My main reason for defending the game is that it’s one that I know many will greatly enjoy, and your claim was that in reality it’s just " one of those games jurno indie darlings that they decided from the start was OMGAMAZEBALLS based solely on who made it and that you’re not allowed to criticize", which I strongly disagree with. I honestly don’t care that it’s by the same studio that made Limbo, which I enjoyed, but not nearly as much as I did this game. And I’d honestly love to have more games to hate on, I have very few of those.

And you definitely seem to have a better memory than me.

Anyway, didn’t want to start an argument. Just wanted to let people know that they will enjoy this game.

With you on this! I can still remember and miss FF 5 and 6. The story, the challenge, the characters, the whole world …

Whereas in FF 7 and 8, I only liked the mini games, raising chocobos and cards respectively.

Mark of the Ninja

You mentioned this to me and it’s been on my Wishlist ever since. Your enthusiasm makes me sure I’ll enjoy it just as much. ^^

I’ve not played Inside - but I like the monochrome of the art at least, so it’s looks worth the experience. How you describe it though, is how I feel about FF7 and FF8. shrug I find it harder to deeply enjoy a game when I can’t stand the MC.

Those are unfortunately terrible, buggy versions ported from handheld remakes badly filtered and ruined by ‘localization’.

Buy them if you want to, but play a SNES emulated rom version instead.

@Pylinaer Yeah, I’d considered it, but lots of reveiwers are unkind to ports - not so much Remastered versions. I’d sooner take a chance on Secret of Mana, for instance.

@Fraggles Likely a better experience. I do still have a Playstation, but no TV. Also, no idea if the poor thing still works, lol. It’s at my mother’s house to boot. I can imagine finding discs for these older games must be pricey!