In an unusual turn of events the author of the Witcher series of books is taking on CD Project Red with demands for additional payment. Andrzej Sapkowski admits that he’s not a gamer and at the time he also admitted declining a percentage of the profits, opting instead for a lump sum payment -

“They offered me a percentage of their profits. I said, 'No, there will be no profit at all - give me all my money right now! The whole amount. It was stupid. I was stupid enough to leave everything in their hands because I didn’t believe in their success. But who could foresee their success? I couldn’t.”

However, it seems that there is a little confusion over where the sudden popularity of the series stems from - are the books and the strength of their writing the reason that the Witcher games have sold so well, and as a result Sapowski is directly responsible for the success? Or perhaps people learned about the series via the medium of a good series of games?

Whichever CD Project Red are intending on finding a fair resolution, but not 16 million of them. Full details and link to the legal document via gamesindustry.biz

“They offered me a percentage of their profits. I said, 'No, there will be no profit at all - give me all my money right now! The whole amount. It was stupid. I was stupid enough to leave everything in their hands because I didn’t believe in their success. But who could foresee their success? I couldn’t.”

You can’t agree to something and then later change your mind because you can get more. This guy sounds like such a greedy tool bag. They shouldn’t even have to give him more off the original agreement but they’re willing to do so (because they’re clearly good people) on their own, but I honestly hope this guy doesn’t get his way, that’d be wrong.

You can’t agree to something and then later change your mind because you can get more. This guy sounds like such a greedy tool bag.

From what I understand, the problem Sapkowski has is that he believes the payment agreement only covered the first game, and I guess he was expecting a renegotiation of the payment (or an entirely new license) for further games, so he might have a point.
Either way, this is something he should’ve been negotiating when he learned about the second game, the fact that he chose to press the issue only after the bonkers success of the third game is silly.

Ah, well, except that the agreement was about the game franchise as a whole. So either he wasn’t listening during the deal because “money money” (and so CD Projekt Red still does not owe him anymore more) or he simply wants to revisit the deal, which should not be allowed.

He’s an absolute douche bag and I’m fairly certain he made that “but I thought only for 1 game” up to get the money via court.

His writing has little to do wt the success anyway, nobody knew the books before the games and they are known for the same things any popular RPG has been known: a beautiful world (no his books didn’t do much about that), monsters (there rly isn’t much out of the ordinary for the most part), good gameplay (esp. Witcher 3) and an appropriate amount of nudity.

I’m sure his sales skyrocketed thanks to the games, making his writing known to a wide global audience.

Personally I hope he won’t get a single $, I’m sure he’s living a prosper life either way.

He already attempted this right after The Witcher 3 came out. The thing is, he didn’t had any grasp about modern videogame industry. Refusing recurring royalties in favour of a single big cheque, is madness.

It wasnt even a big check right? I thought it was only like 9000 euro or something.

Unfortunately for him by his own admission he doesn’t really have a leg to stand on with this. I do think the games had quite a bit of influence in the series’ success anyways. I love fantasy novels (even if I only have time to read a few here and there), and I’d never heard anything about The Witcher until the release of the third game.

The game had no doubt a big part of the series success, especially outside of Poland. I understand it is a cult hit there, but to the outside world it was hardly known except by hard core fantasy literature fans, and even then it was nowhere near the amount of people it is today.

Regardless of whether or not his literature birthed the gaming giant series though, it shouldn’t give him the right to change any deals he made simply because he didn’t know any better (or rather, didn’t believe it could do well at all). So I don’t think he’s going to get very far. And if I remember correctly, almost the same thing happened to the Godfather film and it went nowhere.

If you look at google’s term metrics, the interest in the “witcher” jumped a lot when the first game came out even in Poland, and it skyrocketed when 3 came out, not to mention the number of easter eggs in these games that reference the books directly, this dude is delusional if he thinks the games didn’t play a big part in his series success.

It may be worth pointing out that there’s no lawsuit yet, just treats of it.

@Rhyagelle I don’t know about the Godfather, but this dude is basing his actions in a Polish law that kind of fit his situation, Leonard French has a good video of it. 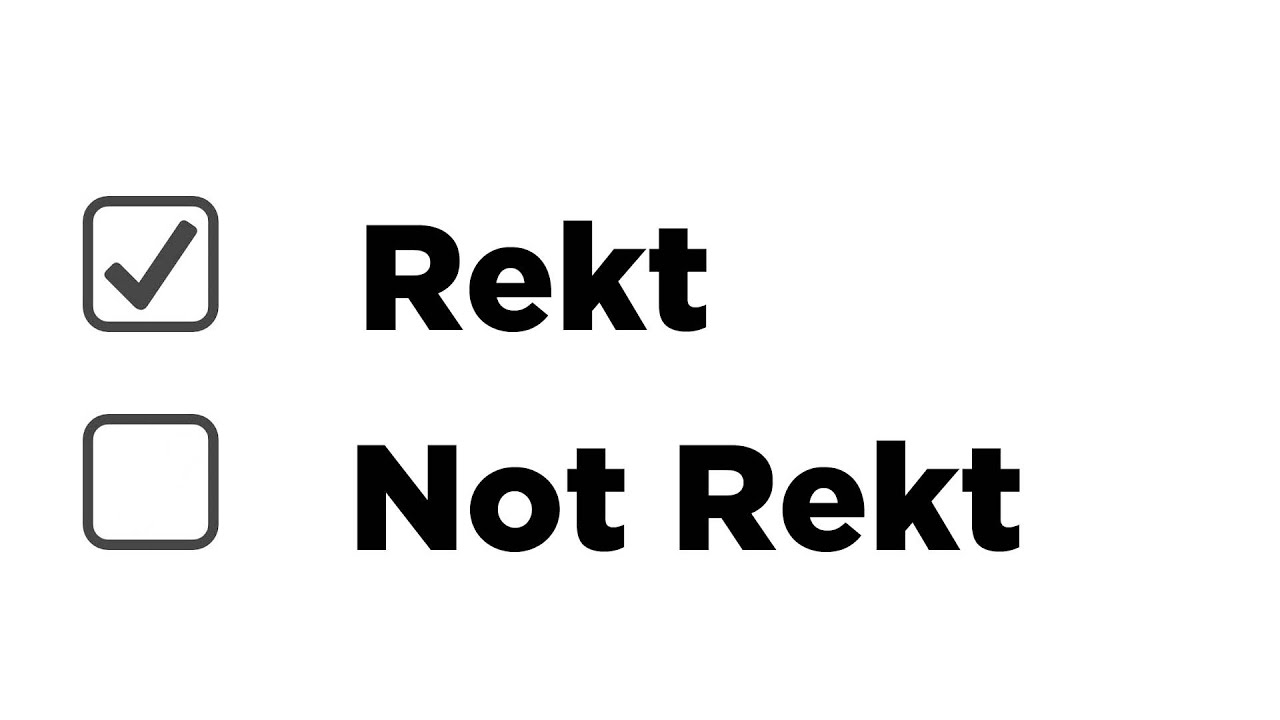 I’ve read the quoted statement he made elsewhere previously and after seeing a little more into the basis behind his claim presented in the article, I think that his requesting of such a large amount is really just hoping that CD Projekt Red tries to settle for something less before it ever has to go to court.

I think that’s his intent because like everyone else has been saying you can’t just claim back compensation because one party made a bad call in the terms of the agreement. Saying it was a “stupid” agreement he made doesn’t somehow make his claim any more legitimate. I have no clue how you would begin to argue that in legal context so I can only guess he isn’t really trying to either.

I really hope CD project doesn’t give him anything at all, instead they should take whatever money they initially consider offering him as an appeasement here and split it among the people who’ve worked on the games as a small bonus. Just to say screw you.

Or make a counterclaim on the royalties he’s received on every English translated copy the books have sold abroad.

Never underestimate the value of maintaining good working relationships, or if not good then functional. Now I am yet to start the Witcher series (really need to get the GOTY version of Witcher 3 and find the time to play the games!) but I’m assuming that there’s room for CD Project Red to continue games in the Witcher universe…if not a Witcher 4 then a Chronicle of the Witcher spin off? Obviously it makes sense to have the author on board, not only in terms of PR but for potential contributions or ideas.

CD Project Red hit the jackpot with the third game, although possibly due to the game being great rather than the strength of the author’s brand, but they can afford to be generous. I’d wager that morally they feel somewhat awkward knowing that Sapowski lost out on the series with the hasty deal he made. He’ll get some out of court settlement, but not in the numbers his legal team mention.

I’m pretty certain CD Project red has stated firmly that they’re done with the Witcher as a setting now. Though of course we’ve heard that from companies before only to see half arsed attempts at reviving something soon after.

Either way the author has not been involved in the making of any of the games what so ever and I’m pretty certain no one would be willing to try to work with him. He’s been a wry arsehole from the very beginning and demonstrably continues on that path, any working relationship there could have been was scuttled by the author himself already.

CDPR are free to feel magnanimous and share the wealth if they wish but the author has already benefited pretty well from the games by the renewed and global attention his books have gotten thanks to CDPR. What he’s doing now is just being a greedy bastard.

As Fraggles says, I don’t think it’s a good idea to mantain any relationship with that guy more than needed. It will probably cause more harm than good, having that kind of person around sounds like a boycott.

By the way, anyone saw the Ciberpunk 77 gameplay? I usually don’t mind having a toaster for pc but I’m seriously reconsidering.

i just cant feel sorry for the writer, joke is kinda on him that he didnt negotiated a better deal with CDProjekt to begin with instead of only backpedaling now and making demands when he realised the profit he missed.

the thing about this i’m most curious about, is to see if article 43+44 can actually be “turned” like this in his sleazy favour. Or if it can determined that CDPR actually did enough “creation” themselves to distance the work from his to where a mere “name license” doesn’t get covered/counted the same for those paragraphs

Leonard French did a good comparison, CDPR did not buy the mona lisa/“his work” off him for 9000$ to then sell on for and absurd profit
they bought the rights to a name/partial story/universe similarities, and then created/did the work themselves, and it’s their hard work, not his names/universe(which btw is already mostly existing/shared fantasy stuff), that made “anything” the witcher so popular that it is today

i hope it doesn’t turn into his scumbag favour, and that even if they settle out of court CDPR comes out on top, they don’t deserve this type of hindsight greed regret. Like the Dmitry Glukhovsky(Metro 2033 author) said in the same interview

"I think that he’s totally wrong, that he’s an arrogant motherfucker.
-Without the gaming franchise, the Witcher series would never get this crazy international readership it has… [snip]
…and the same goes for my Metro books"

aka the witcher games made Sapkowski more what he is today that vice versa, he should be bloody happy/satisfied with that and just accept he was a too greedy, but silly moron, back then too and fcked up

they bought the rights to a name/partial story/universe similarities, and then created/did the work themselves,

Yes the games are not a retelling of the books, for the most part the games takes place well after the conclusion of the stories told in the books. They are a non-canon continuation, the game only borrows it’s lore and characters, rights to which they purchased fairly.

Ye, I’m not saying it’s ok or that it’s gonna work, is just the way he is approaching the situation, and I doubt is gonna work, as Leonard said in his video, is not like they bought the game and just resell it, they did creative work on their own, so we just have to see how all unfolds.